For years now, Justin Trudeau has been a loyal lapdog to the Communist Chinese.

While the people of Canada ceremoniously came together to condemn the CCP’s Uyghur genocide, Trudeau’s cabinet sent a single member on a Zoom call to officially abstain.

When the President of Taiwan was set t be honored by the Halifax Security Forum for standing strong against China’s relentless pressure, the Trudeau administration threatened to end their funding, if they went through with it.

Trudeau invited the Chinese Communist military to conduct winter training in Canada in 2019, less than 200 miles from the US border in Upstate New York.

The head of the Canadian military caught wind of this from the US Pentagon and called it off, which upset Trudeau, whose chief concern was offending the CCP.

Under Trudeau, Canada has been a big player during the COVID hoax.

In early 2017, billionaire, Barry Sherman, a huge supporter of Trudeau’s Liberal Party, was under investigation for shady deals with Trudeau that could have resulted in his company, Apotex, the world’s largest producer of hydroxychloroquine and Canada’s biggest pharmaceutical company being banned for 5 years for lobbying the government.

Later that year, Sherman and his wife were found hung from railings around their indoor swimming pool, with markings from being beaten and tied by their wrists.

It was officially ruled a suicide and along with Sherman, the probe died.

Apotex was able to continue doing business with Trudeau’s government and went on to provide dangerous drugs as part of their ventilator protocol.

And it was at the University of British Columbia, where the lipid nanoparticles that make the mRNA shots possible were developed.

Trudeau is a natural-born tyrant.

After less than 30,000 deaths, 0.07% of the population, Justin Trudeau has announced that all federal employees and everyone 12 or older traveling on planes, trains and cruise ships need to be fully-vaccinated. Testing negative will no longer be an option.

In Ontario, elected representative, Rick Nicholls refused and was fired.

Under new health orders in Saskatchewan, the government may now enter into any building on any land without a warrant and seize property and they are building isolation centers.

Trudeau’s government, like most governments in the West is dragging their people into a hellish reality of forced experimental drugs and a social credit score to police every movement they make for the rest of their lives, the same reality coming to you and your family, so long as humanity does nothing to stop it. 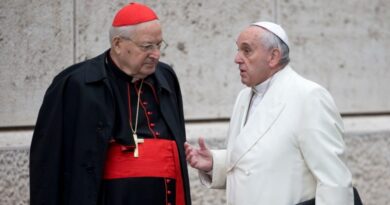