Join Me on Another Red Pill Journey – Enjoy The Show! (Must Watch)

This post was shared from the bestnewshere.com feed's RSS feed

Join Me on Another Red Pill Journey – Enjoy The Show! (Must Watch)

Oprah, Harry & MegMAN CGI Interview – Join Me on Another Red Pill Journey, Enjoy The Show! Has the Queen already been executed? Are we watching a movie? God works in mysterious ways.

Don’t trust me, trust yourself. Research, question everything, own your work, it’s the only way we all learn and continue learning.

It would be better for him if a millstone were hung around his neck and he were cast into the sea than that he should cause one of these little ones to sin. ~Luke 17:2 These people are pure evil. Many will hang their heads in shame for supporting evil and shaming the real heroes.

“I wish a lot of luck to Harry because he is going to need it.”

President Trump has revealed his shock at Meghan Markle’s “nasty” comments about him — but believes she will make a great American princess.

Harry, Meghan and Oprah interview: if you can stomach it.

Rumour has it, the real Harry was swapped when he was very young. I can not confirm this but keep an open mind as anything is possible.

The creature Prince Phillip is just a Prince and will never be King. He is 99 yrs old.

What is Sabmyk? Q Followers Targeted by Messianic Mythology.

Below, we have clone/double/actor Harry demonstrating freemason symbolism as Melania, the most gracious white hat angel, channels the twin towers from 911. 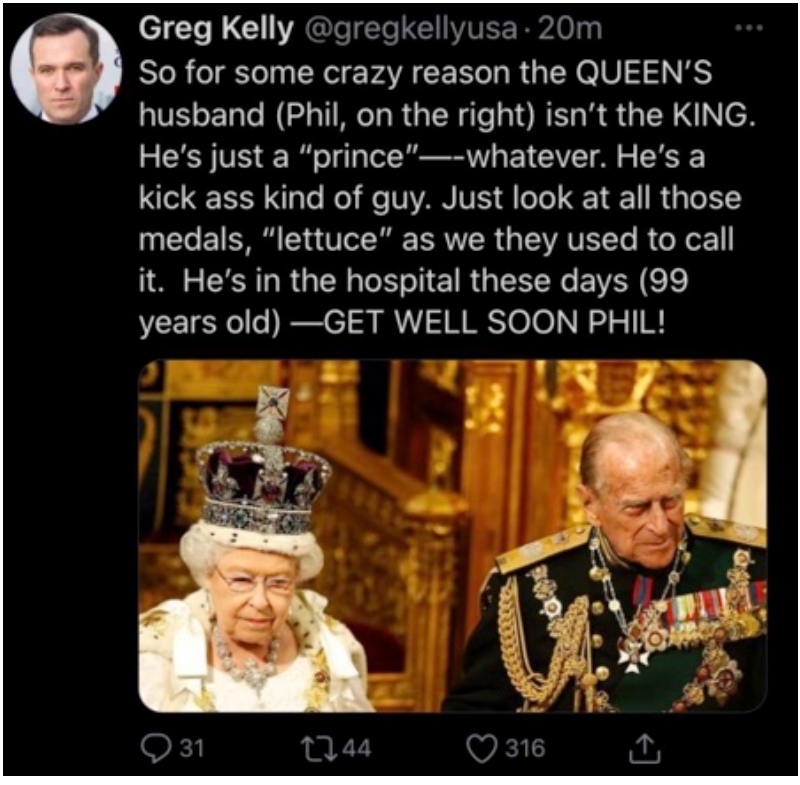 The royals are very fond of their trannies. Don’t misinterpret or dismiss this as discrimination dig a little deeper and you will understand their Satanic agenda that does not help humanity.

There are world wide imposters masquerading as our governments, finance, medical, education, historians, science, military all experts lined up for funding from the “government” that never ever helps humanity only serves the “elite”.

Those days are over.

They worship Satan and the Baphomet who was a deity that the Knights Templar were accused of worshipping, and that subsequently was incorporated into occult and mystical traditions.

The “Sabbatic Goat” image drawn which contains binary elements representing the “symbolization of the equilibrium of opposites” (e.g. half-human and half-animal, male and female, good and evil, on and off, etc.).

Not sure? You decide, don’t trust me, trust yourself.

Heads up, many stars, models, celebrities are deceiving trannies that worship Satan and have sold their soul. Many have admitted it, many in society are in denial.

Angie is the boy, not a curve on that freak, Brad is the girl with a pitt. 95% of super models & Victorias “secret” model are dudes with kickstands. Who in their right mind would aspire to be a model? EW. How about using your brain? Pretty does not cut it in the long run. Creativity, brains, with guts and courage do. That is pretty.

The children are created in a petri dish.

The Greatest Trick the Devil Ever Pulled Was Convincing the World He Didn’t Exist.

The following screen shots are taken from: And We Know video from June 2019. I recommend a follow, great news with prayer. #GodBlessLT

The “baby bump” fell. Look up MOONBUMPS. It’s what all the trannies in Hollywood use to deceive us into believing they are female appearing pregnant.

Smoke and mirrors folks! Wake Up.

Was this a humiliation ritual for them or us? You decide.

Here is Tucker Carlson’s take on the MegMan interview, he nails it!

“I had body guards to protect me but I was not protected, and I was silenced, I’m a victim.” (being seen by millions from Oprah interview)

These freaks have all been to Epstein Island:

The bigger they are the harder they fall! Does everyone recall the video of Oprah falling on her fat evil ass while talking about balance?

Oprah sex scandals and newborn deaths are not going away. Pay attention to all Oprah’s school girls wearing Lucifer’s favourite colour Evergreen ! Also Hillary Clinton’s Secret Service name, and the name of the freight shipping company and how they traffic the children. Oprah wears pink = Adrenochrome.

We believe the Harry and MegMAN interview was CGI (Computer Generated Image).

Look closely and decide for yourself, it’s not the only one is the point.

It appears Harry has a different daddy than Will, these Royals really do play around.

Speaking of cancel culture and look who else is wearing an ankle monitor?

No one has ever walked in front of the Queen let alone pause for effect. This man is a master troller. God love him.

Here we have the lovely Diana’s gravesite shaped as a Q.

The post Join Me on Another Red Pill Journey – Enjoy The Show! (Must Watch) appeared first on best news here.

Escobar: Russia Is Primed For A Persian Gulf Security 'Makeover'

Monastery of Sts. Boris and Gleb in Torzhok: In memory of martyred princes