JERUSALEM — Israel’s most unlikely prime minister, Naftali Bennett — who won only six seats in Israel’s 120-seat parliament, or Knesset, and yet became PM — just returned to Jerusalem after attending the Glasgow Climate Conference. Photos of him with world leaders, demonstrating his popularity overseas, and his success in passing the budget — the first budget the Knesset had managed to pass since 2018 — are cementing Bennett’s chances of remaining in power even though his government holds a very narrow majority.

Passing a budget is always a Herculean task but this time it was an even more difficult one. The Knesset passed the 2021 state budget into law by a 61-59 vote at 5:30 a.m. on Thursday, November 4, giving Israel a new budget for the first time since March of 2018. This means that another round of elections is not likely to take place any time soon.

But neither the success of this government nor the image of a younger, fresher prime minister should be confused with any real substantive change. Palestine is being destroyed; Palestinians are stepped on by the heavy boots of a regime that, while it may seem new, is in fact as brutal, cruel and racist as any Zionist government ever was.

In a heroic act of self sacrifice, Kayed al-Fasfous, a 32-year-old from the village of Dura near Hebron, has abstained from food for close to 115 days. Miqdad al-Qawasmi, a 24-year-old from Hebron, has been on a hunger strike for 105 days. The list of hunger strikers goes on with Alaa al-Araj, 87 days; Hisham Abu Hawash, 78 days; Shadi Abu-Aker, 71 days; and Ayad al-Harimi, 42 days without food. Louay al-Ashqar and Ratib Hreibat have been on a hunger strike in solidarity with other prisoners for 24 and 26 days respectively.

As a point of reference, an article in Live Science magazine states:

After more than a month of fasting, or when more than 18 percent of body weight is lost, severe and permanent medical complications can occur. It can become very difficult to swallow water; hearing and vision loss can occur; breathing can become labored and organ failure can start to set in. Beyond 45 days, death is a very real risk, due to cardiovascular collapse or severe infection.

Furthermore, according to this article, “Even after a hunger strike ends, refeeding has some real risks, since the metabolic changes that occur during severe fasting can be profound.”

The book “Ten Men Dead” — by the former Guardian correspondent to Ireland, the late David Beresford (1947-2016) — is a powerful work that reveals what an enormous act of self-sacrifice it is to commit to a hunger strike. I received a copy of the book while on a visit to Belfast from a former IRA volunteer, and I must admit that the book had a profound impact on me. Having read it, one can never underestimate the pain, the suffering and the terrible effects of a protracted hunger strike.

The book illustrates the struggle of 10 Irish political prisoners against the brutality of the British authorities and the enormous violence perpetrated by the British government. It tells the story of the 10 men, and includes every detail of their lives before and during the strike. It is not an easy read by any means but it is rightfully described as “a harrowing and thought provoking read about comradeship, selflessness and courage and devotion to one’s cause and principles.”  Today, this book is relevant to the struggle of Palestinian prisoners.

It was in April of 2013 that I had the privilege of visiting Belfast and my hosts were kind enough to take me to Milltown Cemetery to visit the graves of Bobby Sands and the other IRA Volunteers who died as a result of the hunger strike. At that time in Palestine, Samer Issawi had been on what was considered the longest hunger strike in history. As we stood by the graves I was asked to read Issawi’s ‘Hunger Speech’ to Israelis.

“The defeated will not remain defeated and the victor will not remain a victor,” Issawi wrote, addressing Israelis who consistently vote for governments that are determined to kill his people and destroy his country. His words are as relevant today as they were when he wrote them, nearly a decade ago.

At the gravesite of IRA Volunteers, Belfast.

In order to give legitimacy to their claim to Palestine, the the State of Israel and the Zionist organizations that support it have been engaged in a campaign of destruction of any proof that Palestinian history exists. To that end, they have perpetuated the biblical myth, selling it as history, and they have been destroying priceless historical monuments and burial sites that do not suit their narrow interests.

Besides destroying cities, towns and neighborhoods that have enormous historical value, the State of Israel has also been destroying and allowing to fall into disrepair ancient Palestinian monuments and cemeteries. Muslim cemeteries have been destroyed, desecrating the hallowed grounds that hold proof of the glorious history of a people and a country.

The latest in a long series of cemeteries in Jerusalem that have been subjected to desecration by the Israeli authorities is the Martyrs’ section of the al-Yusufiyah Muslim Cemetery. A shocking video of a Palestinian mother clinging to the grave of her son, as the authorities try to pull her away so that they can destroy the cemetery, has surfaced. The mother swears she will die before she allows them to destroy her son’s grave.

The reason for the destruction around the Old City of Jerusalem is the execution of a  plan to build a biblical-themed park in an area that includes the al-Yusufiya Cemetery. Al-Yusufiya, known as the Martyrs’ Cemetery, lies adjacent to one of the historic walls of the Old City of Jerusalem and, like Ma’amila Cemetery and other historic non-Jewish sites, it needs to go so that Israel can continue with its efforts to legitimize what is inherently an illegitimate occupation.

The lack of real Palestinian representation in capitals around the world means that Palestine has all but disappeared from the public discourse. This allows Israel to continue unhindered with its atrocities towards Palestine and its people.

Miko Peled is MintPress News contributing writer, published author and human rights activist born in Jerusalem. His latest books are “The General’s Son. Journey of an Israeli in Palestine,” and “Injustice, the Story of the Holy Land Foundation Five.”

Nothing Can Stop What Is Coming 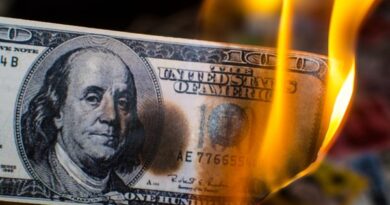