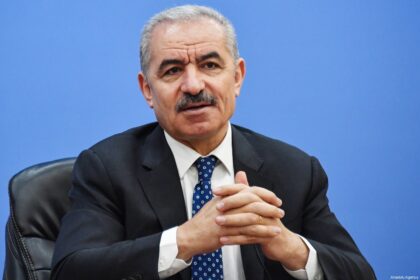 This post was shared from the middleeastmonitor.com's RSS feed

Yet another attempt at managing symbolic gestures by the Palestinian Authority, this time by Prime Minister, Mohammed Shtayyeh. "Whoever cannot punish Israel can at least help Palestine," he stated during a meeting at the Norwegian Parliament in Oslo, in the presence of members of the Standing Committee on Foreign Affairs and Defence. According to Shtayyeh, not holding Israel accountable for its colonial violence can be countered by recognising an independent Palestinian state based on the 1967 borders, as well as the right of return for Palestinian refugees. No mention was made of the fact that Israel impedes both from being implemented. Without accountability, Israel will not decolonise and it will not accept the Palestinians' right to return to historic Palestine. […]

‘We Need to Prepare for the Worst’: Fauci Warns Gov’t May Impose More Lockdowns Over Omicron Variant