“This should be a medical and not be a military operation. It’s a public health problem. Why are the military and CIA so heavily involved? Why is everything a secret? Why can’t we know the ingredients of these products, which the taxpayers financed … We need to recognize this is a vast human experiment on all mankind, with an unproven technology, conducted by spies and generals primarily trained to kill and not to save lives.” — Vera Sharav

Robert F. Kennedy, Jr.’s new book, “The Real Anthony Fauci: Bill Gates, Big Pharma, and the Global War on Democracy and Public Health,” is destined to emerge as a classic of American history and public policy.

It will also rank as a classic in the “True Crime” category.

Just issued, the book is already a bestseller, having hit #1 at Amazon in all categories last Friday. By Sunday, it had dropped down the list, perhaps because all the hard copies were sold out.

My copy arrived on Friday. I thought I would dive in on Saturday morning and read a few chapters. Instead, I read the entire book. It is quite something when a 450-page book with more footnotes than a volume of the Encyclopedia Britannica is this spellbinding.

Anthony Fauci is what Hannah Arendt termed a schreibtischtäter, or “desk killer.” I thought I already had a good sense of the harm Fauci has done as director of the National Institute of Allergy and Infectious Diseases (NIAID) since 1984.

However, watching one of Kennedy’s video presentations on Fauci’s record as Kennedy was working on the book was astonishing. Just when you think you appreciate the extent of the corruption and regulatory capture of the U.S. pharmaceutical-industrial complex, you learn it is even worse.

Since becoming NIAID director, Fauci has spent and handed out $856.9 billion — nearly $1 trillion. Here are just a few examples of the results.

During the so-called AIDS epidemic, Fauci’s promotion of AZT (azidothymidine) is estimated to have killed 330,000 gay men.

U.S. life expectancy is falling, with a widening gap of nearly five years between the U.S. and its peers.

Meanwhile, the American people have experienced a growing number of pandemic “scares” helping to justify an ever heavier schedule of “vaccines” and pharmaceutical profits.

Kennedy is a seasoned litigation attorney who has demonstrated an enormous capacity to deal with the full complexity of medicine, science and politics combined. He and his colleagues at Children’s Health Defense, the organization he founded and chairs, have attracted a network of first-rate legal talent.

They also collaborate with a powerful global network of scientists and doctors as well as an army of highly educated and motivated parents who are furious about what is being done to their children.

In combination, Kennedy’s networks are the equivalent of a 21st-century Zulu army.

Anthony Fauci may be able to buy a lot of talent, but the health intelligence networks that Kennedy and his colleagues have attracted have become something more powerful.

Reading The Real Anthony Fauci, you realize that Kennedy has taken “open source intelligence” to a new level. Given his mastery of the material, the book is also destined to emerge as a case study in leadership.

One of the talented collaborators that Kennedy draws on successfully is investigative journalist Celia Farber, who previously had done outstanding reporting on the HIV/AIDS global scheme.

The book includes Farber’s research on Fauci’s use of foster children for drug testing, which resulted in the death of scores of children. It is one of the ugliest stories of medical research and genocide in U.S. history.

However, it serves to demonstrate the nature of Fauci and the people who have been given free rein to engineer what the Solari Report has, for many years, referred to as “the Great Poisoning.”

Needless to say, the market capitalization of healthcare and pharmaceutical stocks has led the U.S. stock market higher for years. Billionaires to Anthony Fauci: “Thank you!”

Please buy this book. Buy a lot of copies. Give lots of them for Christmas.

Anthony Fauci and his colleagues are guilty of crimes against humanity and profiting enormously at taxpayers’ expense. The book raises the question as to why the American taxpayers are funding desk killers who are engineering the poisoning of our children.

Throughout his career, Kennedy has proved that the law matters. The book confirms he has the leadership and command of the scientific and medical intelligence to keep doing so. So, after you buy the book, head over to the Children’s Health Defense website and make a donation with pre-tax dollars. 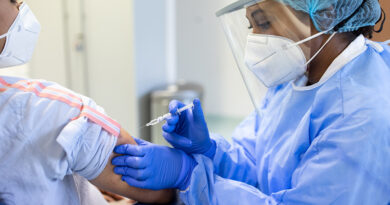 Will a Weaponized Bird Flu Become the Next Pandemic?