There are no credible scientists warning of a ‘climate emergency’ — not a single one.

Many will agree that human activities are impacting the planet, and that this may cause us problems in the future, but 1) these researchers are likely adhering to the ‘upside-down pyramid‘ that Dr. Nakamura talks of–where today’s AGW science is built on the work of just a few climate modeler pioneers, and 2) buzzwords like ‘crisis’ and ‘catastrophe’ aren’t used by scientists — such extremist terms are only bleated by alarmists and activist-journalists.

However, the waters have been muddied by a reticence from those in the relevant academic fields, a silent complicity — because while scientists aren’t saying that we’re in the grips of an existential climatic threat, they aren’t widely dismissing it, either.

This odd hush is due to the current political climate on the topic. It is career suicide to publicly denounce CAGW, and the wreckage of many a career lay strewn before us as proof.

It’s akin to the transgender debate. Biologists daren’t wade in. Science isn’t enough when combating the claims of extreme activists, and logic isn’t accepted when debating their forged ideologies.

You can’t argue an emotionally-driven debate with science and logic: facts don’t care about your feelings and so they often come off sounding mean.

Russian physicists (Smirnov and Zhilyaev, 2021) have recently had their peer-reviewed paper published in the Advances in Fundamental Physics Special Issue for the journal Foundations.

After a detailed assessing of the role of CO2 molecules in the atmosphere, they assert: “we have a contradiction with the results of climatological models in the analysis of the Earth’s greenhouse effect.”

Key points from the paper, as collated by Kenneth Richard of notrickszone.com, include:

1. Climate model calculations of CO2’s impact on global temperatures are in error by a factor of 5 as a result of “ignoring, in climatological models, the fundamental Kirchhoff law” which says radiators are “simultaneously the absorbers.”

2. Change in the concentration of an optically active atmospheric component (like CO2) “would not lead to change in the outgoing radiative flux.”

3. CO2 molecules “are not the main radiator of the atmosphere.” Water vapor molecules are, and thus they “may be responsible for the observed heating of the Earth.”

As Richard also points out, the discrepancy between the greenhouse gas effect of water vapor molecules relative to CO2 has been addressed elsewhere: Lightfoot and Mamer (2014) and (2017) suggest that water molecules are a) 29 times more abundant in the atmosphere and 1.6 times more effective at warming than CO2 molecules are; b) water vapor accounts for 96 percent of the total radiative forcing for all greenhouse gases; and c) doubling CO2 concentrations to 550 ppm would only result in a global temperature increase of 0.33C.

Proponents of anthropogenic global warming can blindly dismiss these findings all they want, but what they clearly show is that the science is far from settled. The term ‘consensus’ is one used to rally the misinformed and browbeat weak politicians. In reality though, the science is still very much out on global warming (and that’s me being generous). But without an open and honest review of the literature, the masses will remain in the dark, forever anxious of what the future will bring — and, tragically, this means the most indoctrinated among us will continue super gluing their faces to busy motorways:

Gratitude: No Matter How Humble, We Have More Than We Know 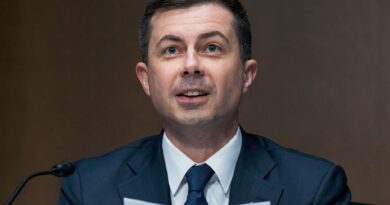