On the latest episode of the “Trace Material” podcast, hosts Ava Robinson and Burgess Brown spoke to Pete Meyers, Ph.D., about how the production, use and recycling of plastics impact human health and the environment.

Meyers, founder and chief scientist at Environmental Health Sciences and adjunct professor of chemistry at Carnegie Mellon University, also discussed his experience dealing with the revolving door between the chemical industry and federal regulators.

Meyers told a story about his daughter and granddaughter — a story he described as representative of “the epitome of the plastic conundrum.”

During his daughter’s fifth month of pregnancy, she was exposed to high levels of smoke pollution from the 2018 Camp Fire in California. She lived in Oakland at the time, a city that for weeks was enveloped in a toxic cloud of smoke.

“These fires involved not just burnt trees, but burnt houses and burnt plastics — a lot of plastic,” said Meyers.

Soon after, his daughter experienced preeclampsia, a condition characterized by the sudden spike of blood pressure during mid-pregnancy. The preeclampsia eventually caused her to undergo an emergency C-section. Her premature baby was placed in an incubator.

“When I learned my daughter had experienced preeclampsia with a forced C-section … literally within 15 minutes of learning this I had discovered articles in the scientific literature linking preeclampsia to the stuff that was in that smoke,” Meyers said.

Meyers said the incubator his granddaughter spent the first two months of her life in was made entirely of plastic. The plastic incubator saved his granddaughter’s life, Meyers said, but there were enough phthalates and other chemicals in there that “she was being contaminated the entire time she was there.”

“On the one hand, the plastic exposure in the smoke may have caused preeclampsia … and then once [my granddaughter] is in the incubator, the plastics there are both saving her life and also possibly altering adversely the rest of her life.

“How did we get to this circumstance where we have this miracle set of chemicals and materials that can do anything, yet at the same time are serious threats to health?”

Meyers also discussed his experience with the revolving door between the chemical industry and regulators.

In 2012, Meyers and a group of other scientists published an article in a major scientific journal explaining how toxic certain chemicals were, and how the U.S. Food and Drug Administration (FDA) failed to regulate, test or classify them as such.

“As a courtesy, we contacted the FDA and sat down with them to explain our findings,” said Meyers.

During the meeting, when faced with peer-reviewed evidence of toxicity, a top FDA scientist told Meyers, “We just don’t see it that way.”

A year later, this same chief scientist left the FDA to work for a company that protects chemicals from regulation.

“This revolving door between agencies and industries is a really big problem, and figuring out how to change it is key,” he said.

Listen to the full interview here:

The post ‘The Epitome of the Plastic Conundrum’ appeared first on Children's Health Defense. 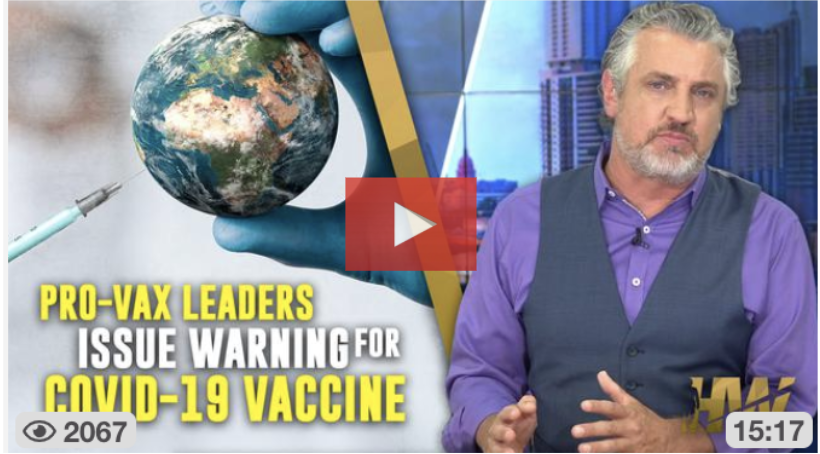 Is Your Olive Oil Fake?