Dr. John Christy: “Little known to the public is the fact that most of the scientists involved with the IPCC do not agree that global warming is occurring. Its findings have been consistently misrepresented and/or politicized with each succeeding report.”

A parched Western U.S. has been buffeted by heavy precipitation this week, precipitation which fell as record-breaking snow across the region’s higher elevations as storm systems collided with descending Arctic air.

As I reported yesterday, snow has buffeted California’s Sierra Nevada this week, with as much as 8 feet has accumulating along the mountain chain, busting regional records. However, as the storm tracked east and entered the state of Nevada, it took out a number of historic snowfall records for the time of year.

Snow fell across Nevada on Tuesday, with the city of Elko picking up 3 inches. More impressive totals were registered elsewhere, though, including in the central Nevada towns of Ely, Eureka, Winnemucca and Tonopah, which all smashed snowfall records.

Winnemucca reported 5.5 inches of snow as of early Monday evening — a reading which busted the town’s previous all-time record for the date, the 3.4 inches set way back in 1889 (solar minimum of cycle 12–during the Centennial Minimum).

And Eureka’s .30 of an inch may seem paltry, but it’s still three times the previous record, which was set just last year, in 2020.

Despite the headaches such storms bring to a region, they have marked a meaningful change for a drought-parched West. And despite incessant claims of a “never-ending drought”, this week’s precipitation demonstrates, once again, that you should not make such grand calls when it comes to the climate — Cali’s water levels have now bounced “back to slightly above normal,” said David Gomberg, a meteorologist with the National Weather Service in Oxnard.

As a prolonged bout of low solar activity predicts (aka a ‘Grand Solar Minimum‘), a waning jet stream is throwing us all something of a curve ball: When solar activity is HIGH the jet stream is tight and stable and follows somewhat of a straight path, but when solar activity is LOW (as it is now) that meandering band of air flowing 6 miles above our heads becomes weak and wavy, it effectively buckles which either diverts frigid polar air to atypically low latitudes or warmer tropical air to unusually high latitudes. The jet stream reverts from a ZONAL flow to a MERIDIONAL flow and, depending on which side of it you’re on, you’re either in for a spell of unseasonably cold or hot weather and/or a period of unusually dry or wet conditions.

As well as the historic accumulations seen in Nevada, the storm has also dumped as much as 8 feet of snow between the Lake Tahoe area and Mammoth Mountain, and as much as 4 feet in the mountains around L.A. County — totals the Sierra Avalanche Center warn are overloading the existing snowpack, increasing the likelihood of “very wide avalanches”.

Laughably, these healthy falls have arrived hot on the heels of a new study which claims snow in the Sierras could be all-but gone in just a few short decades, which would result in disaster for California’s water supply. Should greenhouse gas emissions continue unabated, the study goes, winters of low snow, or even no snow, could become a regular occurrence in as little as 35 years.

But as is the case with all modern climate research, the study is built entirely on the presumption that Earth is warming in line with increasing atmospheric CO2 levels–there now being no other way to obtain funding. The paper states that increasing temperatures will mean more precipitation falling as rain instead of snow, “and rain has less water storage potential than its colder counterpart,” points out Alan Rhoades, a hydroclimate research scientist and co-author of the study.

The researchers have an even supplied a patronizing little graphic–presumably for the logically-impaired (aka MSM journalists):

Only later in the paper do the researchers reveal that their findings were primarily based on “a high-emission scenario that is not yet inevitable”, and even less ink is given to the genuine problems re California’s water supply: management.

“Water conservation should be a way of life in California,” added Andrew.

The projections of no snow “are a little bit shocking,” said Rhoades of the study’s findings.

“As a kid who grew up in the Sierra, it’s kind of hard to fathom a low- to no-snow future.”

…and we haven’t even hit winter yet.

The purity of the idiocy at play here –and from supposedly highly-educated people, too– knows no bounds. Researchers like Rhoades are puppets of the AGW Party, whether they know it or not, and they have clearly learned nothing from the long list of prophetic failures of yesteryear.

You cannot put a date on the EOTW.

You will always end up with egg on your face:

And lastly, Rhoades et al clearly haven’t even bothered to check if the planet is still actually warming:

We are being lied to on every front.

A healthy suspicion is advised.

The post Snowfall Records (from the 1800s) Fall In Nevada & California–Just As New Bogus Study Claims “No Snow” In 35 Years appeared first on Electroverse. 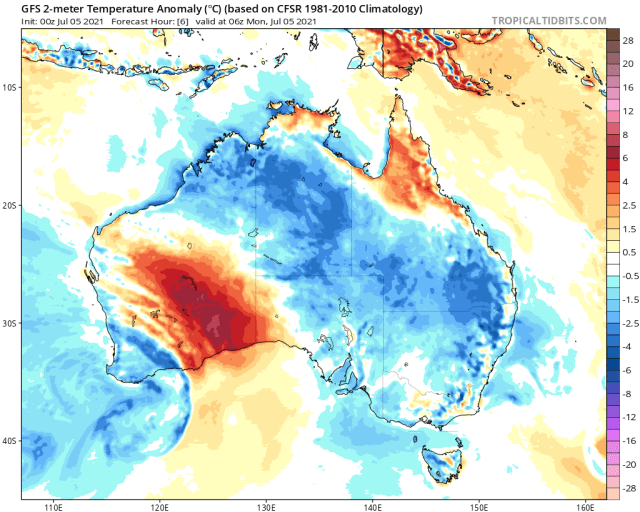 What Happens to All This Prepping Information If the Website (or the Internet) Goes Down?

An American Manifesto: Don’t Let Everything For Which This Republic Stands Be Destroyed