A Heavy Snowfall Declaration has been declared in the B.C. City of Prince George after a record-breaking 35cm (13.8 inches) accumulated in just 24 hours.

When PG receives snowfall of 20+cm (7.9+inches) in a 24-hour period a Heavy Snowfall Declaration is issued, explains myprincegeorgenow.com. An additional 24 hours is added for every 8cm (3 inches) of snow the city receives, meaning it won’t be until Saturday before clearing crews begin working residential areas.

“As we get into Christmas weekend, we are looking at low around minus thirty and minus thirty-four,” he said–with PG’s all-time December low being the -48.9C set on Dec 31, 1927.

Residents have been advised to avoid non-essential travel and if they must travel; exercise patience, drive to conditions and take extra time to plan their routes. Drivers should also bring winter gear and an emergency kit in your vehicle with them.

A significant winter storm is set to wallop the Northwest U.S. over the Christmas weekend, potentially delivering record-breaking snow at or near sea level to places like Washington and Oregon.

The snow will be widespread over weekend, according to latest GFS runs (shown below) — a white Christmas could be on the cards for cities like Seattle and Portland, where the climatological odds of such an event usually stand at just 1% to 3%.

Meantime in the Sierra Nevada mountains, isolated snow totals could pile high enough to reach the second story of a building — up to 10 feet, according to meteorologists at the Sacramento National Weather Service office, and as reported by those bastions of truth and enlightenment CNN, while most Sierra Nevadas locales will more likely see 5 to 8 feet.

“Travel across the Sierra will be difficult to impossible at times through the holiday weekend,” the Reno weather service office warned Wednesday.

Parts of the Intermountain West will also measure the snow in feet, while the Midwest and Northeast could also cop a healthy dumping of multiple inches (I’m discarding that band of green that extends east out of Texas early Jan, but we’ll see).

Beyond the holidays, Canada’s and the NW’s polar chill looks set to finally descend south and spread east by the New Year — this will prove a stark shift for many, as many regions flip from anomalous warmth to an exceptional freeze, almost instantaneously:

See ‘Grand Solar Minimum and the Swing Between Extremes’:

To all those that celebrate it, have a Merry Christmas.

I’m taking a few days off to enjoy the holidays with my family.

I’ll be back Dec 27/28 (depending on how much Blue Curacao and soft cheese I consume).

The post Record-Breaking Flurries Hit Prince George, + “Snow To Pile As High As A One-Story Building” In Parts Of The US appeared first on Electroverse. 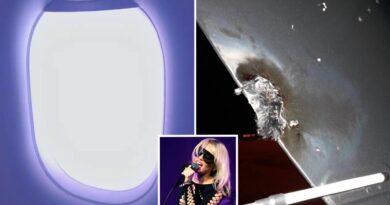