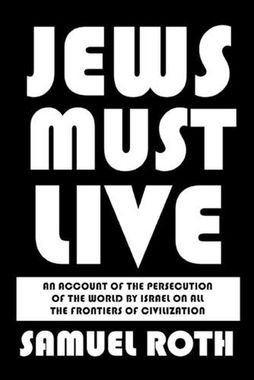 (published in 1934)
EG-“Henry, I am devouring this book with great enthusiasm as it gives us in black and white irrefutable, shocking often, proof of what was and still is going on inside of Jews.
“As an auditor, I saw and dealt with skulduggery that most non-jews would never come across…
THEN, along comes Jews Must Live and the truth
be told. My comments are highlighted as I try to explain what the
revelation made me feel and-or why it was important to note.”

(Disclaimer- This book does not express the views of about 50% of Jews who are assimilated like myself, who identify with non-Jews. These assimilated Jews are awfully complacent considering they will be blamed if things get really ugly. Do they enjoy being human shields & human sacrifices for Jewish religious fanatics (Satanists) who control the world with the help of Freemason traitors? Why am I practically the only assimilated Jew worried about this? )
By EG
(henrymakow.com)
Samuel Roth a Jew himself shows to be shockingly honest open and very direct,  shedding light on for us non-Jews to better understand ‘what is going on’.

Here are some highlights with my comments in italics.

Pg 5 –with details on pages 29+  Sheds a light on the machinations of Genesis’s real meanings. Reminds us that the Bible was mostly if not all written by Jews for their own purposes.

It finally makes sense of what was really going on in the minds of Jews back then, and of course, Roth gives so many examples of how the facts were changed by the Jewish writers; something that is coming clearer more and more each day as we awaken. Even the Muslims were appalled by what the Jews did.

Pg 15 –Peering inside the mind of a Jew is eyeopener. Incredible candor but also saddening to see how fellow tribesmen shaft their own kind; like barbaric Indians attacking other Indians.

Pg 20–His story of Mrs.Harlan shows him to be sensitive, waking up to some stark reality about his fellow Jews and how much he has scruples, what kind of person he is at his soul-level.

She gently really helps him to open his eyes wider to see how Gentiles see Jews. 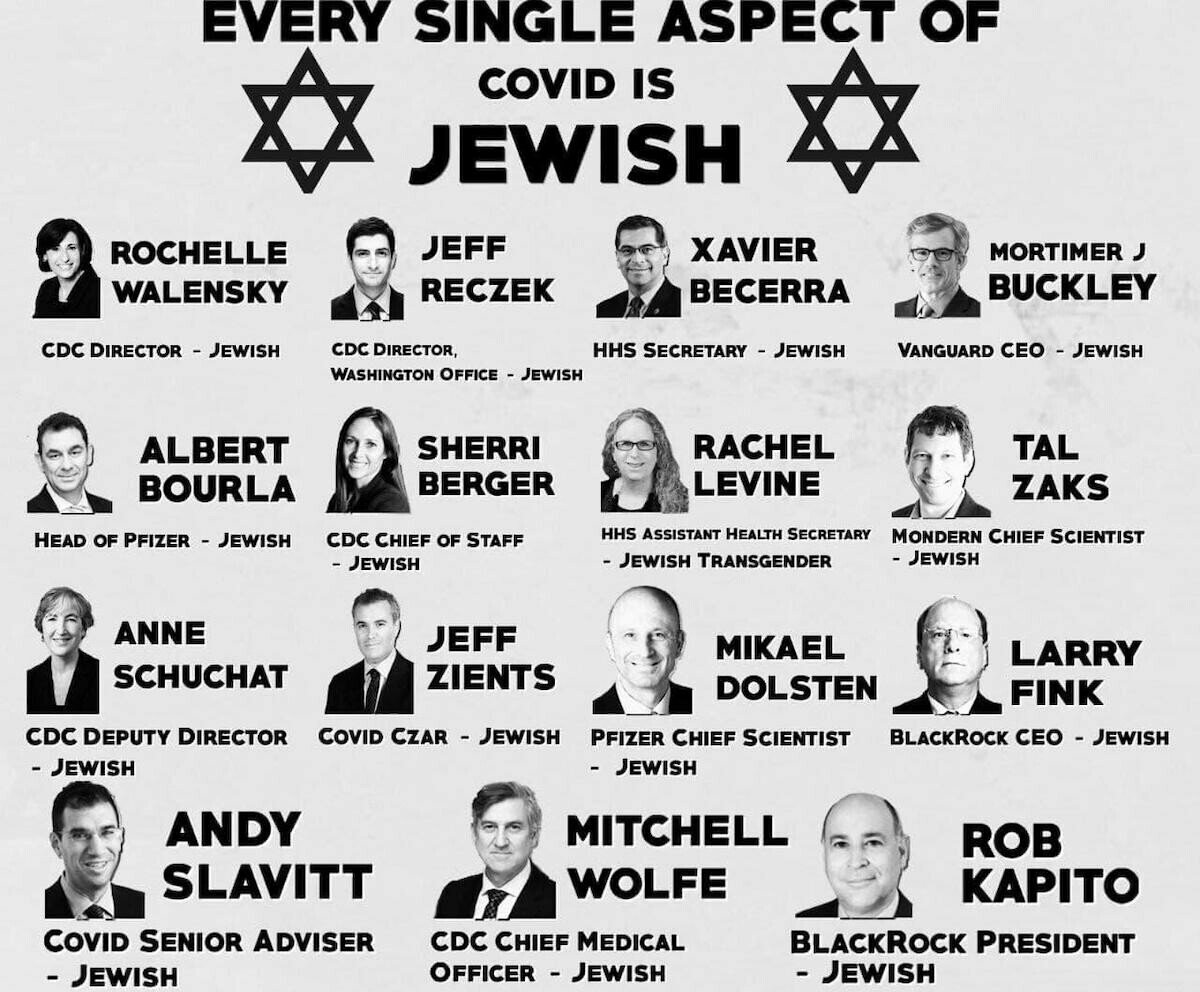 (Should covid be seen in terms of Jewish supremacism?)

Pg 25–His first good night sleep brings a dream with Christ in it. Amazing.

Pg 51 — Here and many other places Roth shows just how much the so called God of the Bible is not a just god but a demonic one. Each time he does it is well substantiated and a real eye-opener for Bible thumping zealots. (Many a time he does bring humour into it, albeit sarcastic.)

Pg 56 — Roth lays out 6 points on Jewish hypocrisy, that has not really made it into mainstream life, except for the few brave hearts such as he.

Amazing for us non-Jews to see a Jew tell the truth, (much of which is pretty ugly) the whole truth, so help him God.

Pg 58-  This is new to most of us When read through the eyes of a awaken Jew. Tough words, but the TRUTH.

What do we find after the advent of Moses? In one Midianite camp alone, the Lord God supervised the capture of six hundred and seventy-five thousand sheep, seventy-two thousand oxen, sixty-one thousand asses, and thirty-two thousand virgins. All the men, and all the wives, and all the male children were massacred; the girls and the booty were divided between the Jews and their Lord God.

Pg 64 —Incredibly the picture ROTH paints is exactly what the USA has done world wide, to which, USA is governed and guided by SATAN himself.

With that music in their ears the Jews proceed to annihilate their neighbours. They go about it like a nation of trained butchers. Nowhere in the history of the world, not even in the story of Timur who “built his ghastly tower of eighty thousand human skulls,” is found such sweet relish in sheer butchery.

Pg 65 –Incredible to know, even Moses detests his fellow Jews. Describing it, it becomes clear that Moses is talking to Satan and the ‘pack’ they made. And Bible Thumpers believe this shit, it is not the New Testament of JC and Love, that is for sure. 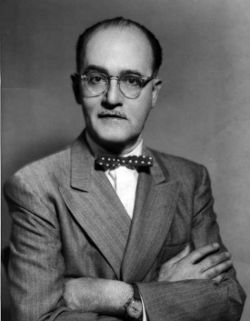 (Samuel Roth, 1893-1974)
“I told you the whole story then, Lord. They’re a lousy, thieving quarrelsome people, every bit as like their ancestors Abraham, Isaac and Jacob as vermin grown to the stature of men can be. I don’t know how you happened to get on such intimate terms with the like of Abraham, Isaac and Jacob. But I didn’t ask you then. I’m not asking you now. We all make our mistakes. But why bother with their foul offspring, I asked? Well, there was that damned covenant.”

Pg 68 — Half of the Old Testament–Genesis, Exodus, Leviticus, Numbers, Deuteronomy (the world’s most beautiful farewell oration), Joshua, Judges and Samuel– is a ballad of Israel resting from the labors of following some evil leader to immerse itself in the delights of idolatry. Read the story for yourself. Moses dies, so the Jews return to idolatry. Joshua, strengthened by the co-operation of Judah, gains dominance over the people, once more the song of the Lord resounds, and more little tribes and nations are hammered into the dust. Joshua dies, and instantly the Jews return to idolatry. Gideon brings them back to God and slaughter, and so the race continues to run with the judges and prophets of Israel leading them to slaughter, and the people making every possible effort to return to idolatry and a peaceful way of living.

The disease is a sort of moral gonorrhea known as Judaism, and seems to be, alas, incurable.

Pg 80 — From an early age Jews are taught, and reinforced to hate non-Jews.

“We despised the goy, and we hated his religion. The goy, according to the stories crooned into the ears of the children, wantonly worshipped an unsightly creature called the yoisel (Jesus) — and a dozen names too foul for repetition. The yoisel had once been a human being and a Jew. But one day he had gone out of his mind, and in that pitiably bewildered state announced that he was the Lord God himself.”

Pg 86—Brainwashing exists and has been inflicting pain on children since forever. So to swear but those fucking bastards, just as now.

All that the priests promote in the Poles is a little occasional violence which the goy permits himself to carry only occasionally to an extreme which hurts. But what of the little Jews who are told that they are the salt of the earth, that what they see before them really belongs to them, and is only to be won away with the superior brain with which God had endowed his chosen ones! Each of them, when he grows up, becomes an agency of cunning to defeat the civil law. 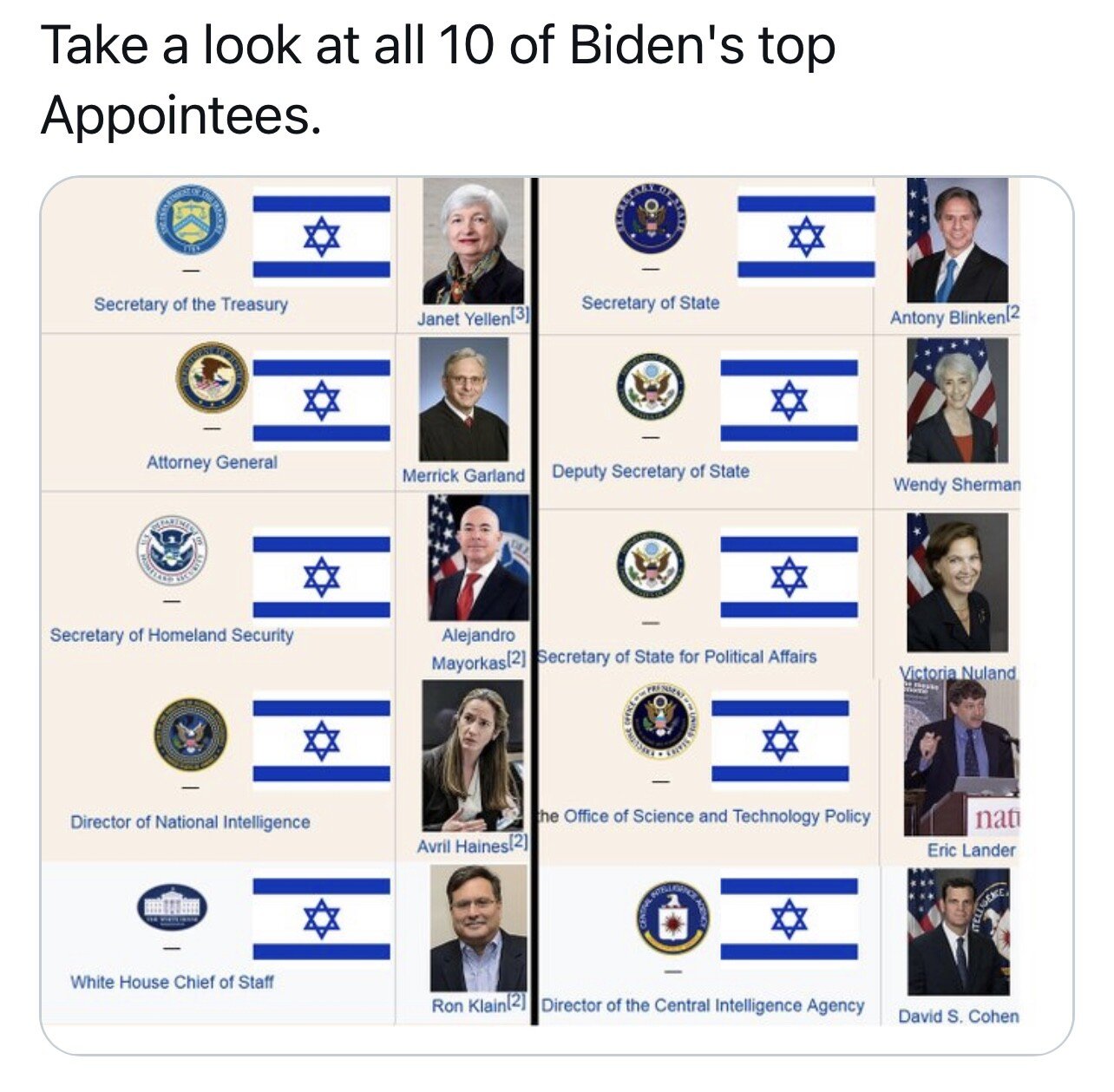 Pg 95 — As a Jewish child after school Hebrew study is a must, but takes away from the child being a child AND it is not religious education but indoctrination to being a Jew, much as the Muslims today indoctrinate their children. Both fanatics for sure. Such things so little known by non-jews.

And what a little Jewish boy has learned, to quote a contemporary —“patriotic Jewish drama, he never forgets. It was typical of all Jewish homes, rich or poor alike. My father had to pay so much every week for my Hebrew schooling. Yet when it came to parting with cheder money, no questions were asked. Why? Hebrew education is compulsory among Jews. To fail to force me to go to cheder would have meant complete social ostracism for my father and mother And religion is not taught in the Hebrew schools. Hebrew instructors are not religious and do not bother to teach religion. I was a cheder student when a child, and I was never taught religion.”

Pg 98 — And so the proof is in the pudding. Roth explains why the school work everyday: (talk about brainwashing the communists perfected)

“What the Jew really wants and expects to achieve through the instrumentality of the Hebrew school is to cultivate in his son the sharp awareness that he is a Jew and that as a racial Jew — apart from all the other races — he is waging an old war against his neighbors. The young Jew must learn to remember that before anything else he is a Jew, that, before any other allegiance, comes his allegiance to the Jewish People.”

Pg 99 — They are really reared to avoid a hard days work. Unbelievable !

“To be compelled to go to work, to do manual labor for one’s livelihood, is the very worse state the young Jew can fall to, something to make him really ashamed and humiliated.
Did the Jews take advantage of King Edward’s decree? This way. To get around the laws against usury they invented such new methods of skinning the peasants and the nobles that the outcry against them became greater than ever, and Edward had to expel them to avert a civil war. It was not recorded that one Jew took advantage of the new right to till the soil.”

Pg 101  — With the Jews, it is really all about the money. And not working for it. I can attest to that myself having worked audits and even investments; just how they prefer to be crafty and take ‘opm, other people’s money).

“The attitude of a young Jew towards his profession is really like that of a gangster towards a new racket. The real end is the amount of money it is likely to yield him in exchange for the smallest investment of labor and enthusiasm.  It is pointed out, with the most painful emphasis, that unless he picks up in his studies, he will sink into the horrible ignominy of having to work for his livelihood. So deeply is it impressed on the growing Jew that to have to work with his hands is the most awful humiliation of life, that, no matter what becomes of him, he inwardly determines that he will not submit to work.”