She never met a nonbelligerent, nonthreatening nation free from US control that she didn’t want raped and destroyed — their resources looted, their people bludgeoned into submission.

Her hardcore background reflects the worst of Washington’s dark side, the unparalleled menace it represents.

She worked in the State Department’s Bureau of East Asian and Pacific Affairs, served in Guangzhou, China, and directed a task force on Russia and its neighbors in support of expanding NATO eastward.

She was chief of staff to Hillary’s Deputy Secretary of State Strobe Talbott, was deputy, then permanent US envoy to NATO, and served as Dick Cheney’s deputy national security advisor.

She was deputy to the US envoy-at-large for Newly Independent States of the former Soviet Union.

At State, she served as spokeswoman, assistant secretary for European and Eurasian affairs, and currently as Biden regime under secretary for political affairs.

Like Nuland, he calls for transforming all sovereign independent nations into subservient US vassal states — by brute force if lesser tactics fall short.

Last week, she conducted a State Department briefing that featured militantly hostile remarks about Russia — wrapped in bald-faced Big Lies, one of her specialties.

No one spotted them because they’re hundreds of kilometers away on their own territory, threatening no one.

Ignoring nearly eight years of US-orchestrated and directed Kiev aggression against Donbass, she defied reality by saying its US-installed puppet regime is “not (an) aggressor (sic).”

She falsely accused Russia of aggression against Ukraine (sic), of invading and occupying its territory (sic).”

She expressed “unwavering” US support for the worst of its high crimes of war, against humanity and atrocities.

She lied claiming that US-dominated “NATO poses no threat to Russia (sic).”

She ignored that the alliance poses an unprecedented threat to everyone everywhere under US control.

She lied calling it “a defensive alliance (sic).”

They’re notions its ruling regimes reject in waging permanent wars on humanity at home and abroad.

She threatened Moscow with “very sharp pain very fast” if it acts aggressively toward Ukraine — knowing Russia prioritizes peace with other nations, hostilities toward none.

She ignored that the White House had them in detailed form since mid-December.

Failing to respond formally is evidence of stalling, wanting things dragged out interminably.

Russia minced no words calling for a quick response, strongly opposing a delayed one.

The time for ignoring Russia’s legitimate concerns is over.

The same goes for trying to marginalize, weaken and contain Moscow.

If not properly addressed in the coming days, Russia will respond appropriately.

Those days are over.

For the first time since Soviet Russia dissolved in 1991, Russian Federation passivity in dealings with US-dominated NATO appear over.

If its legitimate security concerns aren’t addressed in ways to ease them, Moscow seems likely to respond with whatever it’ll take to defend its borders and territorial integrity from the menace represented by US-dominated NATO. 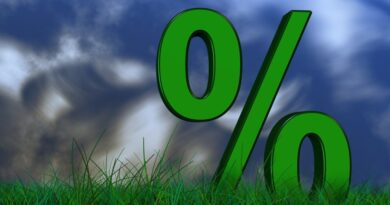