If you want to know why Americans no longer possess the strength and will and character they once had, think about this:

America is one giant hospital.

I’ve explained that the explosive growth of modern medicine stems, in large part, from a century of Rockefeller medicine:

Thousands of SO-CALLED diseases, each one SUPPOSEDLY the result of a germ. Each germ must be killed (by a drug) or prevented (by a vaccine).

Each disease has a catalog of symptoms; therefore, from the moment a person rises in the morning, he is experiencing, for the rest of the day, ordinary twitches and little aches and sneezes and blinks and odd sensations that, voila, can be diagnosed as MEDICAL. There is hardly anything he can do that isn’t within the purview of doctors. He’s thoroughly conditioned to medical reality. He’s been seeing doctors all his life.

This was reflected in the recent Supreme Court decision to uphold Biden’s vaccine mandate for health workers—press reports mentioned there are 10.4 MILLION [1] of those workers in the US.

That should rock you back on your heels.

But on checking, I found this 10 million number is only part of the overall health worker demographic.

The US Census Bureau reports: “There were 22 million workers in the health care industry, one of the largest and fastest-growing sectors in the United States that accounts for 14% of all U.S. workers, according to the Census Bureau’s 2019 American Community Survey (ACS).”

Roughly 1 out of every 7 workers in the US is employed in the health care industry.

But it gets much worse than even that.

I made a list of some of the health-related jobs that were NOT included in the 22 million Census number. Here is what I came up with:

* Pharmaceutical companies and their sub-contractors

* All employees of companies involved with the selling, charting, analyzing, and tracking of health-related stocks on trading markets

You can add ALL those people to the 22 million who work in health care industry. It’ll be a big number.

Here’s another blockbuster. According to Business Insider, healthcare-related institutions are the largest employers in 23 states. I’m including university systems that obviously have huge medical research departments, facilities, and budgets.

My best estimate of the number of drug prescriptions filled in the US every year is 4.2 billion (statista.com). That’s roughly 13 prescriptions per person per year, for the population of 330 millon.

In a real sense, “COVID” is viewed and experienced as an acquired infection which has spread INSIDE the hospital called America.

If you think about that, you’ll understand why it was so easy to convince Americans to go along with all the COVID restrictions. They were already patients in that hospital.

“Mr. Jones, hi, I’m the head nurse on this floor. Just wanted to let you know we’re having a situation. An infection has spread to some patients. We have standard responses. You’ll be given a mask to wear. When you take your daily walk down the hall, stay at least six feet away from other patients. All rooms will be closed to visitors. We’re working on a vaccine, and when we have one, everyone will get it. We want to make sure no one is left out. We’ll also make sure to test you on a regular basis, to see whether you have the infection. So don’t worry about that. We’re tracking all the patients. Those who are infected will be transferred to a more secure area. Here’s the server with your dinner. Chicken and dumplings. Smells good. A nurse will look in on you later.”

What’s a person going to do? He’s going to follow orders. He’s been a chronic patient in long-term care since he was in the womb.

Or: “Sure, sure, I understand. By signing these papers, I remove all liability from you folks and I take full responsibility if I fall down and crack my head or croak for any reason, from here on out. Fine. Cancel my JELL-O and potato chips lunch order. I’m checking out of this joint.” 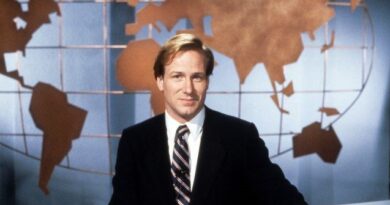