The Queensland Labor Party Corporation has placed these prominent, potential checkpoints at the entry to every town in the state where there are no immediate side tracks or exiting roads.

Cairnsnews asked the Main Roads Minister Mark Bailey why these points have been placed right around the state with easily detachable speed signs which can be quickly converted to any other sign or barricade.

He said it was a safety exercise to alert drivers to change of speed signs before entering towns. We omitted to ask him why new bitumen had been laid at each point averaging 150 metres in length.

The cost of this exercise would have been many tens of millions of dollars and when the Labor State is totally bankrupt and trading while insolvent, any other business would have been shut down and the directors prosecuted. Not in Comrade Annastacia’s kingdom.

The design of these checkpoints allows them to be used at the drop of a hat to erect vaccination scrutiny road blocks or whatever else Deep State has in store.

We believe superannuation accounts that had two trillion dollars in them in 2021 are being raided to fund the communist state and their upcoming plan to detain all unvaccinated people, the identities of whom are so far somewhat scant.

From where are the hundreds of millions needed for super payouts to the thousands of sacked public servants coming from?

How easy it would be to intercept and arrest the unvaxxed at these checkpoints then transport them to the Toowoomba detention centre. Comrade Premier has already revealed this camp is for unvaxxed citizens and for overseas visitors to quarantine. 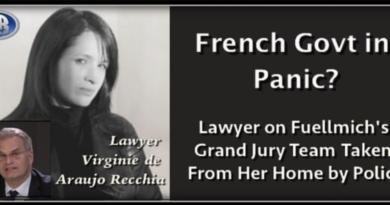 The Government’s Kill Switch for Your Car, Your Freedoms and Your Life