As expected, talks between Russia’s Sergey Lavrov and interventionist Blinken on Friday were a colossal waste of time.

Much the same is the outcome whenever Russia engages with hegemon USA diplomatically.

Blinken told Lavrov that a Biden regime response to Russia’s sought security guarantees will be forthcoming next week.

Specifically he said the following:

“I told (Lavrov) that following the consultations that we’ll have in the coming days with allies and partners, we anticipate that we will be able to share with Russia our concerns and ideas in more detail and in writing next week, and we agreed to further discussions after that.”

It doesn’t matter whether a Biden regime response is forthcoming or not.

It doesn’t matter what’s said if there is one.

As Vladimir Putin, Lavrov and other Russian officials understand, all that matters are hegemon USA’s intentions and actions.

Based on what’s gone on for years, no reason exists to trust a nation with longstanding aims to transform countries free from its control into subservient vassal states.

That’s what both right wings of the US war party seek on the world stage by whatever it takes to achieve their diabolical objectives.

Hot and cold wars are its favored strategies in flagrant breach of the UN Charter and other international law.

Around five weeks ago on December 17, Russia presented proposals for security guarantees it seeks to the Biden regime.

So far, there’s been “no formal and written reply from the US and NATO.”

If nothing is forthcoming or a “reply is disappointing, we will have to make serious political decisions, about which our president warned the opponents from the other side, including publicly.”

What it wants and deserves is for the US-dominated West to address its security concerns seriously.

It wants what all nations want and deserve — its sovereign rights respected, the rule of law complied with, an end to fabricated accusations, and normalized relations with the world community of nations.

Unacceptable US/Western accusations and actions against Russia are “outdated and arrogant.”

Like other nations, Moscow “has legitimate interests, in particular in the field of security.”

“(W)e cannot fail to react to the emergence of external challenges and threats, especially military and military-technical ones.”

“We are doing this strictly within the framework of international law” — in stark contrast to US-dominated NATO belligerence against invented enemies.

No grounds exist “to interpret our actions as the formation of some kind of exclusive sphere of influence for Russia.”

The US-dominated West — not Russia — divides the world into “spheres of influence (and) backyards.”

After Soviet Russia dissolved at end of 1991, hegermon USA sought a “new world order” in pursuit of dominance over other nations.

Countless preemptive wars by hot and/or other means followed to the present day.

Along with raping and destroying other nations, millions were slaughtered in cold blood.

It reflects its imperial arrogance aim to dominate other nations by hostile means.

Moscow and Beijing respect each other’s interests and those of other nations.

Their leadership plays a “stabilizing role in global politics” in stark contrast to Washington’s rage for forever wars against invented enemies.

Before meeting with Lavrov in Geneva, Blinken said what was clear in advance — that talks would achieve no “breakthrough.”

Nor will there be one no matter how much longer they go on.

From long experience with the US-dominated West, Russia knew this in advance.

So why did it waste time and effort knowing that nothing positive would follow?

Nor will it ahead?

Why hasn’t the Kremlin stopped talking and begun engaging with hegemon USA in the only language it understands.

“Lavrov-Blinken talks wrap up with (both) sides ‘on a clear path to understanding (sic).’ ”

Follow-up talks are planned ahead in February, more time and effort to be wasted.

When politicians and diplomats call talks frank, substantive, and constructive, it’s code language for accomplishing nothing by one or both sides.

That’s the bottom line on Lavrov talks with Blinken, an unindicted war criminal multiple times over.

The same goes for others around him.

A state of undeclared US cold war on Russia exists.

Lavrov/Blinken talks achieved nothing toward easing this grim reality.

Nor will further talks achieve what Friday discussions failed to accomplish.

HOW DID THE COVID VACCINE GET APPROVED FOR KIDS? 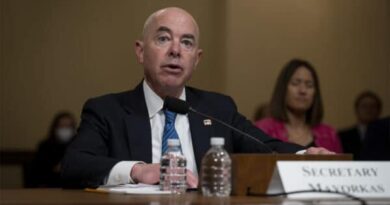 A Contemptible “Disinformation Governance Board”