A normal wet season shower didn’t deter more than 2000 Cairns residents from rallying on the Esplanade again on Saturday to tell the State Labor Corporation they do not want their kids jabbed with a dangerous toxin.

The usual undercover ALP police were present with their box Brownies to report the terrible crimes of ordinary citizens exercising their human rights to life, which, incidentally the state has guaranteed to remove from its employees if they get a deadly jab. No jab-no job.

Attendees at the Atherton rally the week before also reported being observed by undercover cops.

The few remaining police left around Queensland have been deployed by the ALP to monitor opposition to its unlawful mandates while Aboriginal and a few white youth steal hundreds of cars a week.

In another incident murri kids were gathered in a Townsville shopping centre car park doing burnouts. Staff had called the police 20 minutes earlier but they didn’t show up. The communications savvy kids then drove off in their stolen late model sedans. These kids have established an effective cell phone and Facebook network enabling ‘cockatoos’ to reveal police whereabouts and responses.

Severely reduced numbers lave left remaining over worked police unable to cope with out of control car theft in the north.

Meanwhile at least 40 prison guards at Lotus Glen prison on the Atherton Tablelands have been sacked for not getting a deadly jab.

State Labor has been advertising for guards across the nation and Cairnsnews is aware of at least one new recruit turning up from South Australia.

What a great way to ‘manage’ the affairs of state. The Labor communists have all but crippled the workforce buy sacking tens of thousands of valuable, trained staff in most professions who refuse to get the deadly jab leaving small business and state-owned organisations floundering.

ALERT! Silver & Cryptos In Your Own Possession ONLY as Inflation Turns UGLY this SUMMER!! (Bix Weir) 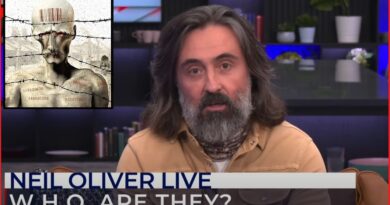