A Boston man has been shunted from the top of a heart transplant list with doctors saying that it is because he refused to take the COVID vaccine, and thus has less chance of survival.

CBS Boston reports that DJ Furguson was on the waiting list to receive a heart at Brigham and Women’s Hospital in Boston, but has since been taken off it.

Furguson’s father told reporters that the COVID vaccine is “kind of against his basic principles, he doesn’t believe in it. It’s a policy they are enforcing and so because he won’t get the shot, they took him off the list of a heart transplant.”

“My son has gone to the edge of death to stick to his guns and he’s been pushed to the limit,” Mr Furguson added.

“We are aggressively pursuing all options, but we are running out of time,” he continued, adding “I think my boy is fighting pretty damn courageously and he has integrity and principles he really believes in and that makes me respect him all the more.”

A hospital spokesperson told The New York Post “We do everything we can to ensure that a patient who receives a transplanted organ has the greatest chance of survival,” adding “Our Mass General Brigham healthcare system requires several CDC-recommended vaccines, including the COVID-19 vaccine, and lifestyle behaviors for transplant candidates to create both the best chance for a successful operation and to optimize the patient’s survival after transplantation, given that their immune system is drastically suppressed.”

“Patients are not active on the waitlist without this,” the spokesperson added.

A GoFundMe campaign has been setup for Furguson and has so far pulled in over $42,000 at time of writing.

DJ’s wife Amanda posted an update, noting that her husband “went through all the testing to be put on the transplant list and passed with flying colors since he’s young and healthy aside from the heart failure. With that being said he was accepted to be a candidate for heart transplant.”

She continues, “The vaccine typically causes swelling in the heart (usually temporary for most people no big deal right?) But in DJs case he can NOT afford for his heart to swell any more than it already is right now. He is at extremely high risk of sudden death if it does. We have had many conversations with the doctors, who confirmed that his heart COULD swell and go into severe crisis but they can’t guarantee anything and it’s a choice we will have to make if he wants to be listed.”

“We are devastated. We can’t even process this,” she continues, adding “I haven’t even found the courage to sit down with my son and explain what is happening to his father. I can not even start to describe the pain we are all going through.”

Greenwald: Biden Wanted $33B More For Ukraine. Congress Quickly Hiked To $40B. Who Benefits? 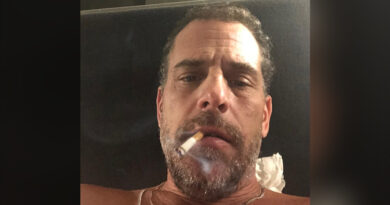 When someone you love lives with depression: four key things to understand