Baron, who in the past spent five years writing for Marvel Comics and The Punisher series, has now come up with a new comic book, Thin Blue Line, that deals with a policewoman providing protection for the mayor as their city is engulfed in rioting and looting by violent gangs of various ideological persuasions, that breaks out following a police shooting incident.

The parallels with contemporary US social upheavals are self-evident, and that did not serve Baron well when he tried to find a publisher for the book.

His next option was crowdfunding, and the artist turned to the Indiegogo platform to launch his campaign, promoting it along the way on YouTube and elsewhere, including recently on Fox News.

But when Baron tried to further promote his work by linking on social media to this and other interviews for outlets like Law Enforcement Today, Bounding Into Comics, Just the News, and The Federalist, he hit the wall on Reddit and Facebook.

On Reddit, the post was removed from the Comics subreddit for “misinformation and racism,” Bleeding Fool reported. Attempts to find out what was misleading or racist about the book received no response from moderators there; instead, Baron’s campaign manager was banned for four weeks from communicating with them. 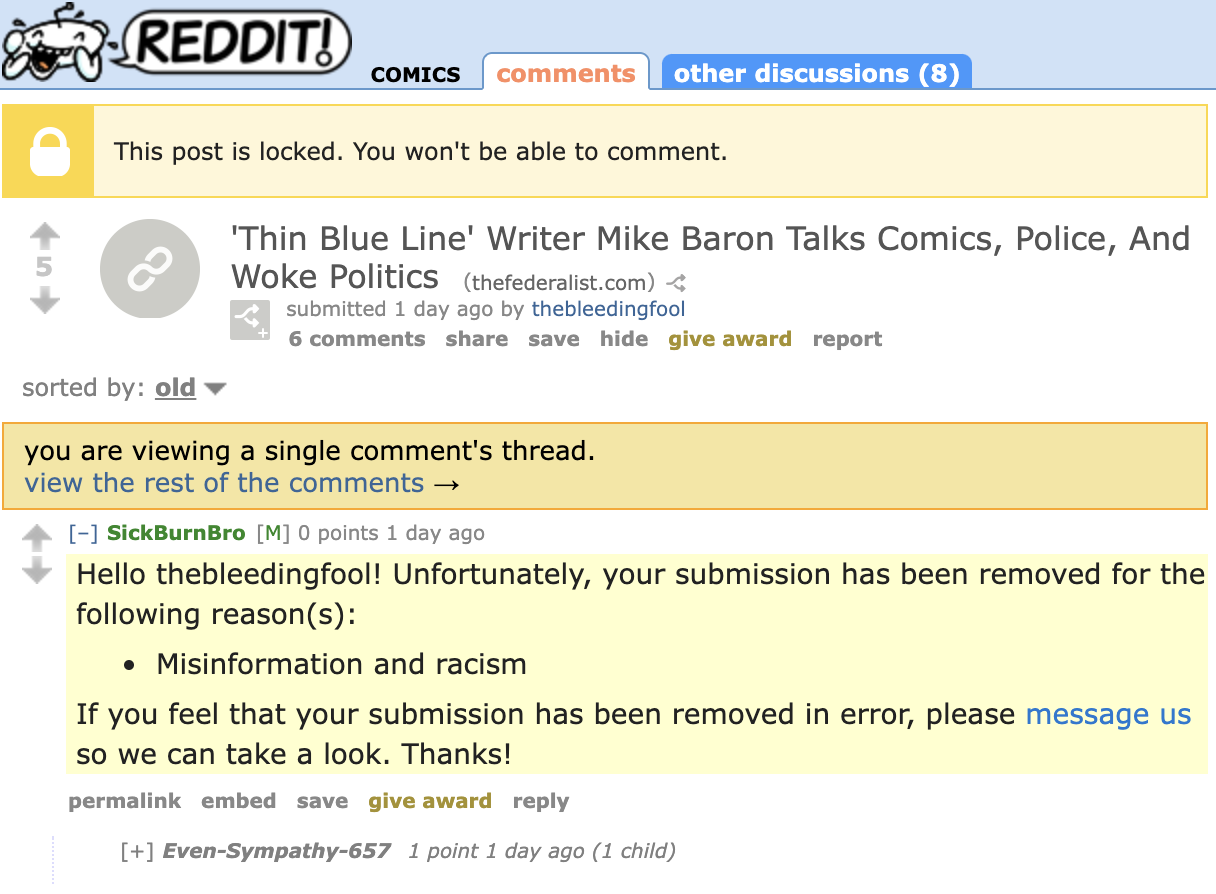 On Facebook, an ad for the book got rejected because the work deals with “sensitive social issues that could influence public opinion” and Facebook is treating it like a political ad.

Two attempts to reverse the ban have since failed, but the creative team for the campaign behind the novel is trying to present Facebook with documents the platform requires for political ads, and beat the clock by getting the ad out before the end of the crowdfunding push in a weeks’ time.

It remains to be seen how, and if this latest speech suppressing incident will be resolved on the giant platform.

Ferguson: The Fates Of Ukraine And Putin Turn On 7 Forces Of History