ONE: Let’s not get distracted by the virus question. We have to focus on knocking down the vaccine mandate.

My Reply: Can you walk down the street, carry a bag of potatoes, and look at messages on your cell phone? Newsflash: people have been known to do several things at the same time.

TWO: If we bring up the virus question, people will call us crazy and have a reason to ignore our criticism of the vaccine.

THREE: If we say the virus doesn’t exist, “our base” will desert us.

My Reply: “Our base” is so outraged about the ineffective and hugely destructive vaccine, and about the mandates, NOTHING will deter them from attacking the vaccine.

My Reply: Yes, established by the same scientists who say the vaccine is remarkably safe and effective.

My Reply: Go back to school. I suggest starting at the 4th grade.

SIX: It doesn’t really matter whether the virus exists.

SEVEN: If I say the virus doesn’t exist, my family will disown me.

My Reply: I see. Other than the virus question—you’re on very good terms with your family, right? Who are you trying to kid?

Speaking of kid, here’s another dialogue for your edification—

ME: Hey kid, aren’t you fed up with all this COVID crap?

KID: Listen, Grandpa, I’m been fed up with crap since I was born.

ME: Including Biden now?

KID: The brain-damaged guy in the White House?

ME: What about Trump?

KID: The guy who keeps pushing the killshot? Pfizer paid him a million bucks to stage his inauguration.

KID: I wore one once, at the DMV, when I applied for my driver’s license. The witch behind the counter told me I had to put that germicide goo on my hands. So I did. I wiped my hands on the counter. She called security. I don’t drive. I take the bus.

ME: What about the vaccine?

KID: Let me put it this way. My cell phone says I took the shot.

ME: Did you get depressed during the lockdowns?

KID: No. I made money fixing old people’s computers. When I went to their houses, I wore a military uniform. Nobody bothered me.

ME: Are you woke?

KID: You mean do I think everything move I make is motivated by systemic racism? That crap is for my friends whose parents give them money. They all moved away. Their parents took them to Florida.

ME: What about the virus?

KID: What about it?

ME: Do you think it exists?

KID: The people who say it does—I don’t listen to anything they say.

KID: If you can’t figure that out, Grandpa, you’re older than you look.

ME: Are there a lot of kids like you?

ME: Do they listen to the government?

KID: You mean the mafia. We don’t pay protection money to anybody.

ME: Do these millions of kids take the vaccine?

KID: It’s always a tip-off when somebody says, “Hey, it’s free.” We’re not that stupid.

ME: Have you ever voted in an election?

KID: Once, when I ran for student body treasurer in high school. I ran because the treasurer handles student funds. I voted for myself 27 times.

KID: I came in third. The kid who won was the son of the assistant principal. Very quietly, that old codger was trying to get us to join his secret transgender club. We told him we already had the sex change, he just couldn’t spot it. We also told him the local pedophile priest, Father Joseph, was opposed to transgenderism on moral grounds. We suggested he should turn Father Joseph into the authorities for the hate crime of opposing transgenders.

I now return you to your regular scheduled programming, sponsored by Moderna, the company that cares about you. The company that had never brought a single product of any kind to market, before the RNA genetic shot. The company that spawned several billionaires overnight. The company championed by little Anthony Fauci, serving his last term as de facto president of the United States. 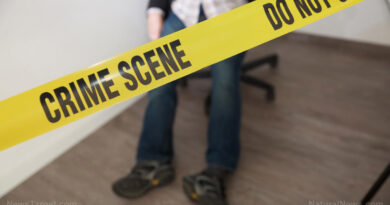 Edward Szall claims there is a MASSIVE COVERUP regarding the murder of COVID researcher Dr. Bing Liu