The ownership of Google and YouTube by GSK is an important piece of information to place on the world money pyramid and its Judaic hegemon. Kevin Annett / Eagle Strong Voice declines to go there. Noted. But he has conceded valuable information. Also noted.

He does not state what is the jurisprudence of the ICLCJ , yet he acknowledges he is a co-founder. He refers to ‘members of the court’ but he declines to say who they are.

This does not make Kevin’s decision in the matter of those he indicted wrong. There is an entire evidence base that establishes their crimes. The data is in and the judgement is evident in itself.

Our Australian Courts (if they were not subverted to a Communist regime) could convict our criminals cited in the ICLCJ judgement on exactly these crimes.

The prominence given to the Vatican in Annett’s discourse is of interest because, in his discourse, the Vatican takes the place of the Apex of the Bank of International Settlements – its central banking cartel, state capture, ownership of nations/ states as corporate assets, its UN Praesidium for vassal nations, its ZOG East vs ZOG West political theature and its Judaic hegemon. This is significantly absent from his discussion.

in addition to his opposition to Western nation states , he also opposes religion (unless it is indigenous, of course). “The Master Plan” he opines “was always eugenic. It is the same basic idea you find in religion, genocide” and he gives examples of Nazis,, corporate fascism etc.

Annett’s many statements about the instrumentality of the ICLCJ in the 2013 resignation of Benedict XVI are worth looking into.

In 2013, the EU was giving Vatican banking the equivalent of a rectal examination. Vatican banking had been scrutinized since David Yallop published “In God’s Name” – a thorough documentation of the collapse of the Banco Ambrosiano. The power behind these banking crimes could not be undone and they continued apace. In 2013 the system was again in trouble with the EU regulators.

To add to the woes of the Vatican, many US courts had secured convictions against bishops who were overseeing crimes against minors in their dioceses [ the whole swag that Annett rightly wishes to go after ] These crimes are real and they move across borders. The Pope was named in many of these indictments / convictions. Roger Mahony of the ‘Taj Mahony’ in LA, Levada of Portland, Oregon to name only two of the Big Ones. There was even a Catholic joke about : ‘What does it take an Archbishop to get a cardinal’s hat under Benedict?’ Short answer: ‘His diocese has to have a sex crime tab of at least six billion’. These crimes were being successfully prosecuted – and not just in the US.

Then the Cardinalatial Commission uncovered the sodomy network within the Vatican. The proverbial hit the fan in the Italian press and Benedict resigned.

The heat had been on the sodomy network, the criminal corruption in the Catholic hierarchy and its various organisations for years to get this rot thoroughly cleaned out – both within and without the Church. The secular state had the bigger task because it has to fight the Communist subversion within the judicial system itself and this network crimes against children is by no means confined to the Catholic Church. All this continues apace and is now a world condition as we all know.

In my assessment, I would say that the contribution of the ICLCJ to the Augean task of cleaning this rot out of the Catholic Church is zip.

For those who are interested. The Traditio Fathers have a comprehensive file on these efforts both within and without the Church, the involvement of the courts of nation states that have been affected on every continent. http://www.traditio.com/comment/com1302.htm. And this is just their file for Feb 2013. 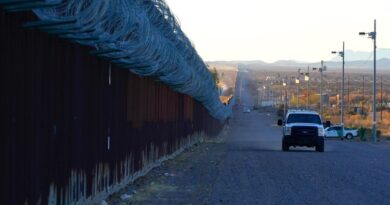 Crushing Dissent is Essential for Communism (and It’s Spreading Rapidly)

GiveSendGo Was Hacked. This Is the Video They Put on the Redirected Site