Some students at Yale are warning that the litany of restrictions and rules, and the system the university has implemented to report anyone seen to be breaking them, has transformed the campus into a “surveillance state” policed by Stasi-like students who are annoyed at others violating the ever changing decrees.

The Washington Free Beacon reports that complaints are being registered anonymously against anyone not wearing a mask, or indulging in “handshakes, hugs, and high-fives.”

In one example cited in the report, one student was in the library watching a movie without anyone else around, but was caught and filmed committing the cardinal sin of not wearing the mask.

Forty eight hours later the student received a warning from school officials declaring that he had “failed to meet the commitments you agreed to in the Yale Community Compact.”

The note stated that the student would be allowed to tell his side of the story and then officials would “review the matter and decide whether [his] conduct poses a risk to the health and safety of [himself] or other community members.”

After a fortnight passed, the student was sent another warning stating “Should you continue to engage in behavior that violates the Yale Community Compact, you will be placed on Public Health Warning and may face more serious outcomes, including the removal of permission to be on campus.”

The Beacon notes that this is far from an isolated incident, with one student telling reporters that most are against the restrictions, but have become a “silenced majority” in fear of enduring “shame” and “administrative consequences” if they resist.

Another student who was reported to the authorities anonymously said “I have no clue who reported me,” adding “The system has had a lot of success in keeping people scared.”

The report also notes that students are finding themselves in the crosshairs for posting unmasked photos on social media.

In an Instagram post relating how he had been reported for dining outdoors without a mask in violation of a Yale off campus dining ban, a student noted “This is too much power to put in the hands of students,” urging that “People can be petty and get classmates in trouble with standards that are changing every five minutes.”

Yale and other universities like it are microcosms of the outside world where anyone seen to be of an opinion that doesn’t match exactly with what the authorities demand is duly ‘exposed’ and ostracised.

Several U.S. schools have threatened to completely cut off basic services, including internet access for students if they do not fully comply with all COVID restrictions on campus.

As we have previously reported, colleges are being used as testing grounds for technology to enforce draconian distancing, mask and lockdown measures:

Universities are also threatening to suspend students who dare to leave pre-determined ‘bubble’ areas around campuses, or visit non “approved businesses” without permission.

Other universities have gone as far as issuing demands for students to wear masks while having sex, even if it’s sex with their own hands.

SURVEY: 30% of Indians believe that COVID is a MYTH 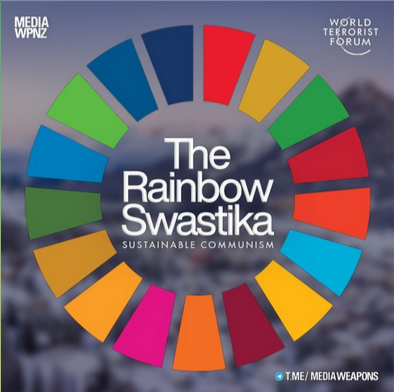 Memorial Day, Lest We Forget