Hegemon USA is an unparalleled menace.

At war at home and abroad in pursuit of its diabolical aims, it consistently and repeatedly points fingers at others.

Fooling no one, it tries shifting blame for the worst of its high crimes on nations free from its control.

Its chutzpah on the world stage is unparalleled.

Last week, interventionist Blinken’s spokesman Price admitted that his boss asked Chinese Foreign Minister Wang Yi to use his influence with Russia on all things Ukraine.

“We are calling on Beijing to use its influence with Moscow to urge diplomacy.”

“If there is a conflict in Ukraine, it is not going to be good for China either.”

“There will be a significant impact on the global economy.”

“There will be a significant impact in the energy sphere.”

Colonized Ukraine is a platform for advancing its regional imperial aims.

At this time, it’s likely that US orchestrated and directed war on Donbass by Ukrainian proxies will escalate ahead.

Nor is Moscow hostile toward other countries anywhere.

The US is notorious for blaming invented enemies for its own crimes of war, against humanity and related atrocities.

“China’s position on Ukraine is consistent and clear and stays unchanged.”

“To solve the Ukrainian issue, it is necessary” for Kiev to comply with Minsk I and II conflict resolution agreements.

They “should be earnestly implemented.”

“China supports all efforts in keeping with the direction and spirit of th(ese) agreement(s).”

“In the meantime, we call on all sides to stay cool-headed and avoid doing things that will escalate the tensions and hype up the crisis.”

Stop playing with fire on all things Taiwan.

“Pressure will only make the Chinese people more united, and confrontation will not stop China from becoming stronger,” he said.

Russia has “legitimate security concerns” on all things Ukraine.

Wang stressed that hegemon USA should take them seriously.

On US relations with Beijing, Wang minced no words adding:

“The world has seen is that there has been no substantive change in the tone in US policy toward China.”

The Biden regime’s “stated position has not been fully implemented.”

It’s “sticking with erroneous words and deeds related to China.”

According to Chinese Academy of Social Sciences research fellow Lu Xiang, the US is highly unlikely to shift from duplicity to normalized relations in dealings with Beijing.

President Xi Jinping and key officials around him have no illusions about the prospect for improved relations with the US.

Looking ahead, things are far more likely to deteriorate further than go the other way. 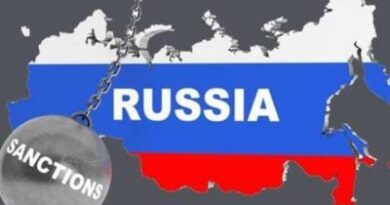 A chilling development in Brazil.