Harsh winter weather characterized by heavy snowfall and blizzards has dominated Turkey these past few weeks/months, particularly eastern regions — the prorogued nature of the cold has been exceptional, truly historic

Right now, the scene across Turkey is one of closed roads, enforced power outages –due to a record-high heating demand and depleted gas reserves– and citizens struggling to clear the seemingly never-ending piles of snow upon their roofs and vehicles.

As reported by the dailysabah.com, extremely low temperatures have also disrupted daily life from Erzurum province in the north to Hakkari in the south. Over the weekend, a low of -23C (9.4F) was suffered in Erzurum, and additional snow accumulated.

Authorities repeatedly warned locals of the latest round of Arctic cold, which included life-threatening temps, a heightened risk of avalanches, and the dangers of icicles dropping from eaves, among many other risks associated with extreme wintry weather.

In the eastern province of Muş, villages are have been literally buried under the snow. People are having to dig their way out after meters of powder blocked their windows and doors. The dailysabah.com article continues, ‘In places where the heavy snowplows could not access it was up to the locals to dig out their houses which had almost disappeared under the snow.’

The polar cold has been doggedly persistent in this part of the world: “We rarely have a day without snowfall, blizzard and storm,” said local Eyyüp Omur as he joined fellow villagers in the removal of snow blocking access to a building. “All houses with one floor are buried. We dig tunnels through snow to get in and out. We also go to each house through ‘snow tunnels’ between them,” he said (see featured image).

Ahmet Özçelik, another villager, explained how his stables have also been affected, and of how they have had to dig tunnels to feed their animals, the longest of which stretches 50-meter (164-foot).

And as I’ve reported on a lot recently, the inclement weather hasn’t been confined to the country’s remote regions. Even major metropolises, such as Istanbul, have been shut down by record volumes of snow:

Cubans bundled up in heavy jackets, hats and gloves and shuttered their homes on Monday as record breaking cold and strong winds slammed the Caribbean island.

The 3.2C registered at the Havana Marti International on Monday morning was lowest temperature since the 1.6C of Jan, 1940.

While the small town of Bainoa, east of Havana, suffered a low of 2.8C (37F) which tied its all-time monthly record.

“This is not normal,” said Havana resident Barbara Salgado: “Temperatures here [in winter] are always cool but they are never like this, it’s almost polar.”

Another local, Jorge Sanchez, also marveled at the cold: “It’s truly been a long time since it’s been this cold. It’s unbelievable.”

The extreme weather prompted Cuban President Miguel Diaz-Canel to call on citizens to watch out for one another.

“Take care especially of our children and elderly,” he Tweeted Sunday:

It has been cold ACROSS the tropics this week.

Serving as another example, the mercury dropped to 4.5C (40.1F) at Freeport, Grand Bahama — the island’s lowest in decades.

Large amounts of snow and ice look set to tear from Texas to New England Tuesday night through Friday.

It’s barely been 48 hours since the conclusion of a historic nor’easter that brought record snow, cold, and damaging winds up the entire Eastern Seaboard. And now, meteorologists are eyeing a new storm that could impact an even broader swath of real estate with blizzards, ice, and thunderstorms stretching 2,300 miles across the United States.

The latest weather models (shown below) have even upped the ante: The snow band has widened since yesterday, and the predicted totals have also increased — this is looking truly historic:

Accompanying the potentially historic snow will also be a shot of bone-chilling cold as Arctic air rides unusually far south on the back of a –low solar activity induced– weak and wavy meridional jet stream flow:

The temperature departures forecast in states like Texas, for example, could rival those suffered during last year’s deadly freeze during which 702 people died after the power went out to 5 million homes. Local authorities stress that they have “bolstered the state’s power grid prior to this winter” after the failings of Feb, 2021 — let’s pray that’s the case:

All this sounds trouble enough; but to complicate matters, there is also incoming space weather to contend with.

The CME, at only M1.1, is unlikely to cause any perturbations to the power grid; however, this being a long duration event does increase the odds of localized outages as the plasma impacts–so at least be aware of that. But no, the biggest threat this solar storm poses is its potential enhancement to the Midwest’s blizzard. The two phenomena are expected to hit at approximately the same time (see NOAA’s WSA-ENLIL below), which threatens to add energy/strength to the system, to up the snowstorm’s ante even further by effectively super-charging it.

As touched on by David Mauriello, of the ORP and Magnetic Reversal News, “What we have in the next few days is a massive Midwestern storm, a blizzard perhaps, blanketing hundreds of square miles [with heavy snow] — and that’s going to be accentuated by space weather.”

I hope the mainstream media gives this event the coverage it will -likely- deserve.

As the feet of snow accumulate and the power lines are downed, those lackeys of the elites best be ready to field angry questions such as, ‘Why, in a supposedly warming world, is my family huddled together in the living room with no heating?’, because merely uttering ‘climate change’ as a response won’t cut it, not anymore — the masses are waking to that ruse/exaggeration.

Global warming originally meant linearly rising temperatures and the end of snow. This was the doctrine laid down by ‘experts’ from the 1980s – 2010s, and only very recently, after real world observations consistently failed to match the prophesies, has it been claimed that man’s CO2 emissions cause an increase in ALL types of weather extremes, including Arctic outbreaks.

They have constructed a theory which cannot be disproved: All climatic phenomena, whether it be drought/flooding, heatwaves/freezes, or snow/no-snow now ALL fall under the umbrella of ‘The Climate Crisis’–the biggest existential to ever besiege mankind. And they’re proposed fix to this looming catastrophe? A complete overhaul of the way us peasants live our lives.

Also note how the catastrophe is always ‘looming’. Notice how the final paragraph of those MSM doomsday reports often contain a contrived message of hope: ‘If you follow orders (reduce CO2 emissions) then disaster can still be averted’. This, however, is just another ploy to ensure submission. They can’t have the masses thinking all hope is lost, it would be counter productive and risk chaos; no, they want them scared just enough into compliance, and hope, even a glimmer, secures this.

Carbon taxes, rising energy prices, restriction of movement, and a monstrous wealth transfer to the already rich and powerful are the proposed fixes to the ‘Climate Crisis’–or at least the upshots. Added to these is the deplorable notion that the global population needs reducing.

Such an extreme solution leads us to the ‘mass formation psychosis’ hypothesis, which suggests that people who are free-floating in a sea of manufactured anxiety, often caused by an orchestrated emergency, will be open to the most radical of solutions in order to rid them of this worry (see COVID and vaccines).

In such a hypnotic state of stress –and to tie this back to the ‘Climate Emergency’– the masses are even onboard with such solutions as population reduction, with many among us effectively saying, ‘yes, for the good of the planet, it would have been better I was never been born’. This is a preposterous, dangerous line of thinking, and one not backed up by logic or facts: more people = more innovation, and more prosperity — always.

The so-called ‘Climate Crisis’ is just one component of the elite’s dystopic plan for the future of mankind. COVID is another, or to be more specific, the draconian response is – -i.e., the lockdowns and the perverse vaccine roll-out. The pandemic has been a ratcheting up of their Great Reset; a quickening of the slave model, under which ‘you will own nothing, and be happy’.

To those who don’t see what’s happening, that’s okay, that’s fine; but I ask that you don’t impede those who do, particularly those actively fighting it. You have nothing to gain by throwing claims of ‘conspiracy theory’ at us, or by insisting that ‘our freedoms are actually not being threatened’. Neutrality in conflict is better than aiding the wrong side.

The long winter is just getting started: “Victory comes only after many struggles and countless defeats.”

The COLD TIMES are returning, the mid-latitudes are REFREEZING–in line with historically low solar activity, cloud-nucleating Cosmic Rays, and a meridional jet stream flow (among many other forcings, including the impending release of the Beaufort Gyre). 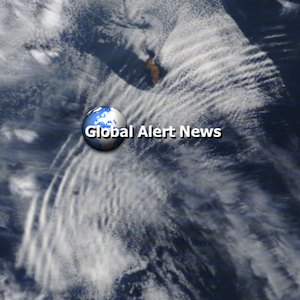 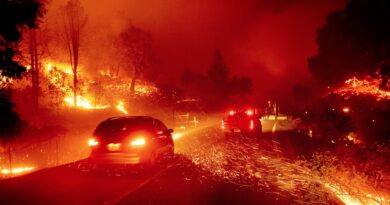