Cryptocurrency payments to military and hacktivist groups in Ukraine aimed at countering Russian aggression against the country spiked sharply in the second half of 2021, according to cryptocurrency tracing and blockchain analysis firm Elliptic.

Crowdfunded payments to those organizations in Bitcoin, Litecoin, Ether, and other cryptocurrencies the company tracks reached a total value of around $550,000 last year, compared with just $6,000 or so in 2020 and less still in previous years, even at the height of Russia's 2014 invasion of the country.

That half a million dollars is no doubt just a small fraction of the total funds Ukrainian defense and hacktivism groups have raised by more traditional means amid Russia's recent escalations, says Tom Robinson, Elliptic's founder. But the sudden rise of cryptocurrency within these global donations demonstrates how borderless, often unregulated crypto payments could fund organizations engaged in future conflicts. “Crypto is censorship-resistant, so there's no chance they're going to get their funds seized or their account shut down, like might happen with PayPal, and it's also more amenable to cross-border donations,” says Robinson. “It’s proved itself to be a robust way to fund wars.”

The disadvantage of cryptocurrency, of course, is that in some respects it's even less private than the traditional banking system—as Elliptic's own ability to track the Ukrainian groups' donations through blockchain analysis shows. Elliptic competitor Chainalysis, for instance, identified a software developer in France who donated $500,000 to many participants in the January 6 riot at the US Capitol. Robinson says that Elliptic didn't attempt to identify individual donors to the Ukrainian groups, though it might be possible to do so with "some legwork," especially if a government agency demanded identifying information from cryptocurrency exchanges.

Nor are international cryptocurrency donations intended for military operations always immune to seizure. In another group of cases announced in August of 2020, the US Justice Department traced and confiscated about half a million dollars’ worth of cryptocurrency donations from a collection of designated terrorist organizations, including the militant wing of the Palestinian group Hamas known as the al-Qassam Brigades.

The rise of cryptocurrency to fund Ukraine's resistance against the Russian threat looming on its border points to a growing awareness of the same phenomenon, he says: a tough-to-censor form of finance for truly borderless fundraising. People are figuring out that if their bank accounts get shut down, that they have another option. 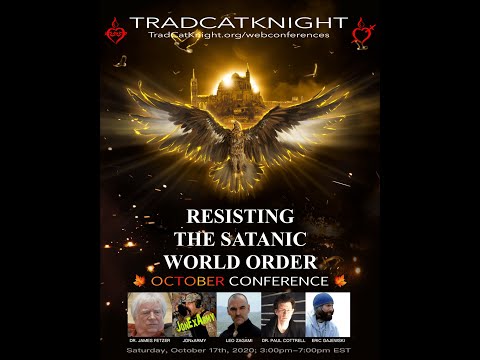 PRESENTATION OF THE WEB CONFERENCE RESISTING THE SATANIC WORLD ORDER

Why we must teach our children to be critical thinkers