MINNEAPOLIS — (Responsible Statecraft) With his Executive Order redefining Afghanistan’s Fiscal Reserve as a slush fund to be disbursed on his whim and with the stroke of his pen, President Biden has taken what may well be the final step in an experiment gone amok. The U.S. first attempted to make Afghanistan into a Western democracy, instead installed a kleptocracy, made Afghans endure 20 years of violence and then left in a whirlwind of chaos. With Biden’s latest move to deprive Afghanistan of its monetary reserves, the nation is likely to come full circle, turning once again into a failed state that, in the absence of economic recovery, will become a breeding ground for extremism and the recruitment of terrorists.

Of the country’s reserves, $7 billion were “parked” in U.S. financial institutions. This is normal procedure for developing countries, with the, now in retrospect, very ironic purpose of keeping funds in a secure place. Watching this latest Biden debacle, Central Banks of multiple countries are now surely contemplating pulling their monies out of U.S. financial institutions to protect them against arbitrary dictatorial disposal.

After the Executive Order was issued, Da Afghanistan Bank — Afghanistan’s U.S.-built Central Bank — issued a statement that was both judicious and, to an American reader, embarrassing. It offered a measured, dumbed down 101 on what a monetary reserve is and what a Central Bank does. One might have hoped that a U.S. president, or at least his advisers, would know this, but evidently not.

From their tutorial: “As per the law and relevant regulations, Federal Exchange Reserves…are used to implement monetary policy, facilitate international trade and stabilize the financial sector. The real owners of these reserves are the people of Afghanistan. These reserves were not and are not the property of governments, parties or groups and are never used as per their demand and decisions…The Foreign Exchange Reserves are managed based on international practices.”

President Biden, however, announced that he was assigning half of the money, $3.5 billion, to settle ongoing claims by 9/11 families against the Taliban for hosting Al Qaeda. The other half will go to international NGOs that provide aid to Afghanistan, a move that was pitched as an act of amazing generosity. Secretary of State Antony Blinken tweeted that it shows America will always stand by Afghanistan.

But a closer look shows America is not standing by Afghanistan, but instead draining Afghan’s coffers. The current situation in Afghanistan is as follows. When the Taliban took power in August 2021, after the calamitous U.S. withdrawal and the instant caving of President Ghani and the Afghan National Army, Biden ordered the freezing of Afghan assets and accounts. Instead of experiencing a “peace dividend” now that active warfare had ceased, and being able to start slowly rebuilding houses, homes, businesses and lives, the Afghan economy went into freefall.

With no cash in the Central Bank, savings could not be withdrawn and salaries could not be paid. Most trade ground to a halt. International agencies and NGOs were unable to help very much, because they, too, could not transfer money into the country and could not withdraw their deposits since there was not enough currency in circulation. The UN and humanitarian groups began to issue dire warnings about the severity of this year’s winter, the depleted food supplies as a result of an unusually long drought, and the inability to import food and fuel due to sanctions and frozen assets. While pledges were made by donors, almost always, the pledges fell well short of the enormous needs and only a fraction of pledges end up being fulfilled. Besides, delivery of aid by international institutions with their enormous overhead is a wasteful, expensive and inefficient method that does nothing to make recipients self-sufficient or give them hope for their future.

Once the United States decided to withdraw and leave Afghans to their fate, the right thing to do was to at least give them back their property and with it, a fighting chance. To allay concerns about possible Taliban misuse of the funds, banking professionals have proposed releasing the money in monthly tranches. Monitors would check exactly where that money goes and what is done with it. The moment anything seems improper, a freeze could instantly be reinstituted.

If their Central Bank could stabilize the currency and the exchange rate, inject liquidity into the system and get the banking system as a whole back on an even keel, organic economic recovery could commence.

But as it stands now, this man-made economic collapse is crushing a vulnerable population at the most vulnerable moment in its recent history. More than 40 percent of Afghans are below the age of 14. If there is no work to be had, their older brothers will be open to recruitment by ISIS, or will make their way across the borders into neighboring countries and from there, join the refugee stream towards Western Europe.

It may satisfy the vindictive impulses of some to see the Taliban preside over a population sinking into misery and disorder, but let’s examine what we are actually doing here. We are punishing 40 million people because we don’t like the Taliban. We are holding responsible for 9/11 a population whose majority was not even born in 2001 and who certainly bear no blame. In the name of benefiting 9/11 families, we are seeding the ground for the next 9/11 and disgracing our own principles of justice.

After World War II, the United States was remarkably generous towards a population that arguably could have been held more to blame for elevating, electing, and cheering for a genocidal dictator. A Marshall Plan allowed for Germany and Austria to rebuild their industries and economies, repair their devastated cities and bring their families back to good health. The Biden Plan, by contrast, aims to turn Afghanistan into a failed state and to turn its population into a nation of beggars.

After the humiliating U.S. exit from Afghanistan, Biden’s decision to freeze and then redistribute the nation’s reserves was a political move designed to show his Republican opponents how tough he can be on the Taliban. But a political move that will lead to more starvation and chaos cannot be allowed to stand. Already, legal teams are looking at how to block the $3.5 billion from being awarded to 9/11 families.

The NGO Unfreeze Afghanistan has issued a call urging all NGOs not to accept any of the other $3.5 billion allocated for “humanitarian aid.” And people in both Afghanistan and the United States are organizing protests and petitions to rescind this order. Even 9/11 family members are weighing in. Barry Admunson, who lost his brother in the 9/11 attack and is part of the group called 9/11 Families for Peaceful Tomorrows, is advocating against Biden’s decision. “We can’t bring our loved ones back,” he told us, “but we can save the lives of people in Afghanistan by advocating that the Biden Administration release this money to its rightful owners: the Afghan people.”

Marburg Will Be Activated via 5G, Quarantine Camps and Shots for the Unvaxxed 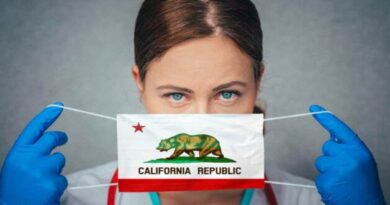 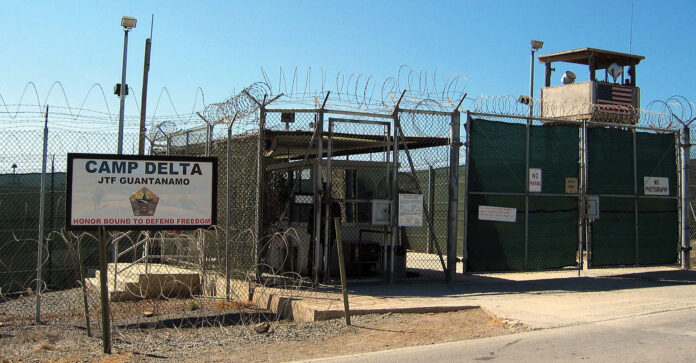