I believe that the situation in Ukraine is a crisis created solely by Moscow and that the US power alliance is just an innocent little flower who is being unfairly blamed. I also believe Santa is real, because I am a tiny little child who will believe anything.

After watching the way the US and its allies have been handling the Ukraine situation, how confident are you that they can be trusted to navigate all these dangerous cold war escalations without inadvertently triggering a nuclear exchange? I’m not in the slightest bit confident, myself.

I keep seeing people on the left making awkward, labored statements condemning Russia’s Donbas intervention in these weird “Look at me I can criticize Putin just like I criticize the US” performances that they’re clearly only putting on to avoid accusations of Kremlin loyalty, and it’s just silly. The US empire is still the power structure one’s criticisms should be focused on, no matter how badly empire apologists wish it weren’t so.

Don’t feel pressured to denounce Russia’s actions just to make a show of appearing impartial. If you understand that the US empire both (A) created this problem and (B) is many orders of magnitude worse than Russia, then stand by that, because you’re right and they’re wrong.

It’s so stupid how the Overton window of acceptable debate has been moved so far in favor of the empire that we’re now expected to treat this very mild step by Moscow like it’s on equal footing with the worst atrocities of the most powerful and destructive government on earth. Imperial narrative management has made people feel so ashamed and apologetic for criticizing the empire that they’ll seize even the dopiest opportunity to show everyone that they’re not some kind of Russian troll or secret agent or whatever. It’s dumb, it’s debasing, and it should stop.

The US is the very last government on this entire planet who has any business talking about respecting the sovereignty of other nations. Absolute dead last.

Pointing out things the US has done while it shrieks about the actions of a foreign government will get you accused of “whataboutism”, but it’s not a whataboutism. It’s pointing out that the US is the absolute least qualified government on earth to comment on the issue at hand.

It’s not actually legitimate to constantly violate international law all around the world and then cry when another nation does it. You don’t get to make the rules meaningless and then bitch when they are treated like they’re meaningless. That’s not a thing.

It’s not really about hypocrisy; being hypocritical is no great evil in and of itself. What it’s about is actively creating an environment which causes these things to happen, and then shrieking bloody murder when they happen. It’s about placing the blame exactly where it belongs.

If you want nations to respect international law, Step 1 is to cease being the single worst violator of international law in the entire world. It’s not valid to create an environment of lawlessness and then rend your garments when people treat it like what it is.

If someone starts stealing everyone’s stuff and nobody stops him, pretty soon you’re going to see other people start stealing to make sure they have stuff too. Whose fault would that be in that situation? It’s the one who created that Wild West environment in the first place.

You can’t have a serious conversation about opposing Russia’s actions in Ukraine without answering these questions:

You can’t just bleat “whataboutism” or “two wrongs don’t make a right”; you have to answer them. Otherwise it looks like you’re just making whatever empty noises will let you rule the planet.

You can’t just put your fingers in your ears and compartmentalize away from the fact that everything the western political/media class is saying about Russia and Ukraine today is completely meaningless under the shadow of the behavior of the globe-spanning US-centralized empire. Either squarely address the fact that the US and its allies do not play by the rules they are demanding Russia play by or stop pretending you’re doing anything other than pro bono propaganda work for the largest and deadliest power structure on earth.

If the Democrats have been moving to the left then why are they indistinguishable from Bush administration Republicans?

Not that anyone cares but the fastest way to lose my respect as an anti-imperialist is to spend your energy attacking other anti-imperialists. Because it shows that your understanding is so shallow that you think we’re doing well enough for us to be able to afford wasting our firepower on each other. Either that or it shows that your ego comes before the cause. It’s one or the other, and either way you’ve shown yourself to be fairly worthless.

Mass-scale psychological manipulation is a science that’s still advancing. The government agencies who use that science would have every reason to test out mass psyops for no other reason than to learn and gather data to advance the science. It’s not like you can test it in a lab.

I mean, we know for a fact that they’ve already done this. We just don’t know how far it goes. 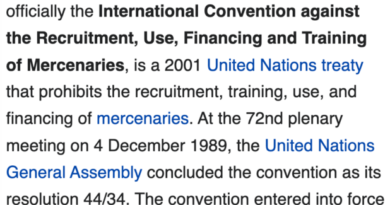 The Empire Is Slipping. Get Ready for the Big Win-Win.

Further Dialogue by Russia with the Biden Regime Uncertain? 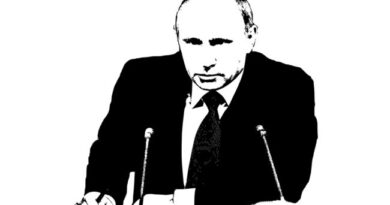