The turmoil echoing across global markets makes it the second time in just four years that central bank tightening efforts have been accompanied by a wave of instability generated by geopolitical uncertainties. That dynamic also enhances the damage to markets by making it tougher for investors to feel assured that monetary policy can step in to smooth financial conditions.

While this year’s storms have been more tightly focused, and seemingly more intense, there are some echoes from 2018 — when European concerns about Russia and Xi Jinping’s authoritarian turns were making waves. So were Donald Trump’s trade wars, and while those have subsided, the shocks they delivered to the global trading system may have played a role in post-pandemic inflationary pressures.

The ECB may still decide on the end of QE in March, though the prospect of rate hikes is less clear, according to Governing Council member Gabriel Makhlouf. Kazakhstan already raised its rate 3 points in an emergency decision Thursday, and Hungary’s policy makers may increase the nation’s benchmark at its regular gathering.

There’s also potential that the Fed and others will see the impact of the Ukraine crisis fueling the case for tighter policy even in the face of a deteriorating longer-term growth outlook. 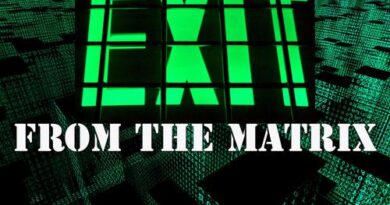 My latest podcast: The Real Technocratic Experiment On Earth