Is Russia’s “special military operation” actually a smokescreen to target US bio-labs in Ukraine?

Speculation on social media suggests Russian strikes on Ukrainian military installations could also include US bio-labs in the region, as the Russian government has for years accused the US of developing bio-weapons near its border.

The ulterior motive theory was put forth Thursday by Twitter user @WarClandestine, whose account was suspended soon thereafter. Fortunately, his thread was archived before the account was banned.

Evidently there are several US bio-labs in Ukraine under the auspices of the US State Department’s Biological Threat Reduction Program, an initiative where the US partners with other countries “to counter the threat of outbreaks (deliberate, accidental, or natural) of the world’s most dangerous infectious diseases.”

“The Biological Threat Reduction Program’s priorities in Ukraine are to consolidate and secure pathogens and toxins of security concern and to continue to ensure Ukraine can detect and report outbreaks caused by dangerous pathogens before they pose security or stability threats,” the Ukrainian US Embassy’s website states.

I think I found out why you guys are so interested in Ukraine. What exactly would a mistake bio weapons lab be located anywhere near there let alone 8 of them? pic.twitter.com/XvoqxYczvv

The program also led to the creation of two bio-labs in Kyiv and Odessa in 2019, areas that were recently attacked by Russia.

According to a map circulating online, US-backed bio-labs are also located in Vinnystia, Uzhgorod, Lviv, Kherson, Ternopil, and near Crimea and Luhansk.

Another map purports to show areas that were recently attacked by Russia, many of which are cities where US bio-labs are believed to operate.

Here is a map of all the verified Russian attacks on Ukraine as of 3:30 am last night. Just a reminder that just a day and a half ago, Putin was claiming he was just sending in “peacekeeping” forces to defend the area circled in yellow. pic.twitter.com/f7byy9WARK

Meanwhile, Russia for years has raised concerns over the prospect the US is developing biological weapons along its border, with Secretary of the Security Council of the Russian Federation Nikolai Patrushev claiming last year there were clear signs dangerous pathogens at the labs could be used for military, or political purposes.

“You pay attention to the fact that in the world, more and more new biological laboratories under the control of the United States are growing by leaps and bounds. Moreover, by a strange coincidence – mainly at the Russian and Chinese borders,” Patrushev said last July, adding it’s unknown what really takes place within the walls of the facilities.

“We are told that peaceful sanitation stations operate near our borders, but for some reason, they are more reminiscent of Fort Detrick in Maryland, where Americans have been working in the field of military biology for decades. By the way, we should pay attention to the fact that outbreaks of diseases that are not typical for these regions are recorded in the surrounding areas,” Patrushev said.

Asked if he believed the US was developing bioweapons at the labs, Patrushev said, “We have good reason to believe that this is the case.”

“Not a day goes by at the headquarters of the Organization for the Prohibition of Chemical Weapons (OPCW) in The Hague that the Americans and their allies do not come forward with another chapter of the anti-Russian chemical dossier.”

As early as last October, China and Russia also jointly called on the UN to monitor the US’ possible development of bio-weapons, releasing a statement saying, “in light of rapid advances in the field of science and technology with dual-use capabilities, the risk of biological agents being used as weapons has increased.”

“In this context [China and Russia] would like to call for attention that the United States’ and its allies’ overseas military biological activities (over 200 US biological laboratories are deployed outside its national territory, which function in an opaque and non-transparent manner) cause serious concerns and questions among the international community over its compliance with the BWC,” the joint statement said.

“The two sides share the view that such activities pose serious risks for the national security of [Russia and China], and are detrimental to the security of relevant regions.”

Moreover, as @WarClandestine noted, the two nations have indirectly blamed the US for the Covid-19 outbreak, which seems to be the case as more evidence has emerged the NIH did in fact fund gain of function research at the Wuhan Institute of Virology where the virus is suspected to have originated.

According to @WarClandestine, Putin’s use of the broad term “special military operation” and his vows to demilitarize and “denazify” Ukraine could be intentionally vague to obscure his true intention of taking out US bio-labs.

Putin Announces His Invasion Into Ukraine

18-34 Year Olds Want More Free-Money For Themselves (But Who Will Pay For It?) 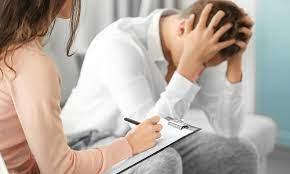