After two stellar coupon auctions this week, when both the 2Y and 5Y saw record low dealer awards, moments ago the week’s auction cycle concluded with the sale of $50 billion in 7 Year paper in another stellar auction.

The high yield of today’s just concluded auction stopped at 1.905%, stopping through the When Issued 1.915% by 1 basis point. And while this was sharply higher compared to last month’s 1.769%, and the highest yield for the tenor since July 2019, it priced in a day when there has been a lot of market chaos, which helped boost demand for the safe haven.

The bid to cover of 2.364 was also solid, the highest since November, and well above the six-auction average of 2.304%.

The internals, while not nearly as impressive as the week’s prior two auctions, were still remarkable with Indirects awarded 63.85%, the most since December and one of the highest foreign bidder awards on record. And with Directs taking down 23.82%, the most since February 2019, Dealers were left holding just 12.32%, which while not a record low was the fourth lowest going back to 2009.

Overall, another impressively solid auction to close the week, no doubt bolstered by the general risk-off mood that has gripped the market now that the S&P500 is officially in a correction.

The Truth About Ukraine 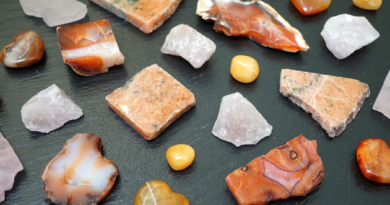 Crystals for confidence and self love