Hundreds of thousands, if not more, some estimates are at one million Ukrainian refugees are set to flood into neighboring European countries as Russia launches a full-on invasion, according to Bloomberg.

Early Thursday morning, Russian forces began a full-scale invasion of Ukraine to “demilitarize” the country and replace its leaders. The barrage of missiles, artillery, and airstrikes across the country, triggering one of the worst security crises in Europe in more than half a century, unleashed panic among Ukrainians. Many packed up their bags and left town, headed to the nearest country for safety.

Poland Minister Mateusz Morawiecki warned last week that a refugee wave from Ukraine would be imminent if war broke out. He said his country is ready to assist a large number of refugees.

“Poland would be primarily affected, not only due to its proximity, but the significant Ukrainian community living in the country, which could act as hosts to others at least in the early stage,” Magdalena Majkowska-Tomkin, director of migration issues for the Open Society Foundations philanthropy (George Soros funded group), said in an interview before the invasion.

Poland, Slovakia, Hungary, and Romania could be the largest recipients of Ukrainian refugees.

Not even 24 hours into the invasion, chaos has struck the Ukrainian capital of Kyiv as thousands of people flee the metro area in their cars, causing massive traffic jams.

“In the aftermath of today’s military attack, unfortunately, we can expect an increase in the number of Ukrainian citizens arriving in Hungary who will probably request asylum,” Hungarian Prime Minister Viktor Orban said on Thursday.

“We’re prepared to take care of them, and we’ll be able to rise to the challenge quickly and efficiently,” Orban said.

Brussels estimates as many as one million refugees could leave the war-torn country as a new problem for Europe develops, that is, a humanitarian crisis. 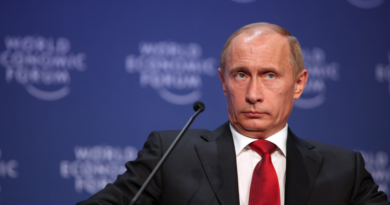 UN declares if your country doesn’t properly HATE Russia, you get no vaccines for COVID-19

Dennis Prager on 'Red-Handed': Peter Schweizer 'Is One of the Most Remarkable Investigative Reporters of Our Time'