Authored by Jeff Deist via The Mises Institute,

Joe Biden’s perverse legacy, if that term even applies anymore, may well be determined in coming weeks by his handling of events in Ukraine. He can improve it by showing restraint against the relentless neoconservative chorus. One wonders what the results of a pure popular vote on the question of going to war with Russia over Ukraine would be, vs. a vote solely within the DC beltway.

Note: Biden was silent on the recent imposition of emergency martial law by the Trudeau government in Ottawa (a few hundred miles from Washington, DC), but has plenty to say about Kiev (4,881 distant miles). This is not coincidental. As journalist Glenn Greenwald puts it, we are required by western propaganda to denounce actions by Putin (such as freezing the bank assets of political opponent Alexei Navalny) while cheering the same actions taken by the Canadian government against money donated to truckers. Crackdowns in “democracies” are subject to a more enlightened standard:

(w)hen these weapons are wielded by Western governments, the precise opposite framework is imposed: describing them as despotic is no longer obligatory but virtually prohibited. That tyranny exists only in Western adversaries but never in the West itself is treated as a permanent axiom of international affairs, as if Western democracies are divinely shielded from the temptations of genuine repression. Indeed, to suggest that a Western democracy has descended to the same level of authoritarian repression as the West’s official enemies is to assert a proposition deemed intrinsically absurd or even vaguely treasonous.1

Much of today’s western rhetoric about the former USSR employs this language of treason, accusing war skeptics of siding with Putin. American politicians and media often veer into outright Russophobia, sometimes with a not-subtle racial animus. This flows in large part from the 2016 election of Donald Trump, which somehow had to be the result of Russian interference and not Hillary Clinton’s shortcomings. It was remarkable to see so many politicians and pundits risk resurrecting a Cold War with a nuclear power simply to hurt Trump politically. But it worked: they got rid of Trump and now the Cold War is back.

At this writing, Putin has declared the eastern regions of Donetsk and Luhansk as independent of and autonomous from Ukraine. Russian forces have entered Ukraine and launched missiles; deaths and injuries are reported. Those troops reportedly have control over the Chernobyl power plant. Mises’s birthplace, today called Lviv, is threatened.

In response, Biden yesterday announced retaliatory sanctions against Russia and promised severe economic consequences for Putin’s actions. Military and aerospace technology will be blocked, while Russian banks will be shut off from international markets. US and EU officials also have considered the more severe option of removing the country from the SWIFT system of international payments, which would cut off foreign currency purchases of oil, gas, and other Russian exports.

Still, Biden has shown restraint. Let’s hope he keeps to this commitment made earlier yesterday:

“Our forces are not and will not be engaged in the conflict,” he said.

“Our forces are not going to Europe to fight in Ukraine but defend [sic] our NATO allies and reassure those allies in the east.

There will be plenty of voices in Biden’s ear demanding more, much more.

The subcurrent to Biden’s election in 2020 was the return of neoconservatism with a vengeance. Many of the worst foreign policy hawks, from David Frum to Max Boot to Bill Kristol, have found their home in the Democratic party. The GOP, for its part, is scrambling to outdo the Democrats in their bellicosity for Putin in a nauseatingly transparent effort to make Biden look weak for the upcoming midterm elections. Hence the sorry spectacle of former Trump National Security Advisor John Bolton– among the worst war promoters in modern history– solemnly lecturing us on MSNBC about Biden’s failure to have placed US troops in Ukraine weeks ago. Unless Putin’s foray is short-lived, rest assured Congress, the Pentagon, the spy agencies, Biden’s cabinet, and his own party leaders (mindful of polls) will call for US military strikes. Some will call for American troops to defend Ukraine on the ground.

President John F. Kennedy faced similar pressures in his brief years as president. Regardless of one’s views on Camelot, Kennedy was a New England liberal and idealist–not a neoconservative. He sincerely abhorred the possible use of nuclear weapons in a conflict with the Soviets. He communicated clandestinely with Khrushchev to avoid just such a conflict, and managed to bring the US back from the brink of an ugly tank standoff in Berlin during 1961– stating, to the chagrin of the Cold Warriors, that the Berlin wall was “a hell of a lot better than a war.”

He similarly resisted calls by the Pentagon, CIA, and Joint Chiefs to back a puppet government in Laos. He was reasonably firm in his opposition to escalations in Vietnam, denying repeated Pentagon requests for thousands of ground troops. Time and again he imagined his reelection in 1964 would be free him politically to remove America completely from Southeast Asia.

During the Cuban Missile Crisis of 1962, the pressure on Kennedy to use nuclear missiles against that tiny, impoverished country was intense. Secretary of State Dean Rusk, Secretary of Defense  Robert McNamara, CIA deputy Richard Helms, the Joint Chiefs, and one particularly bloodthirsty General named Curtis “Bombs Away” LeMay all pressed hard for action. They considered JFK’s Cuban blockade disastrously weak, One CIA operative called his failure to launch a nuclear strike “treasonous.” LeMay compared it to appeasement at Munich. And of course his own vice-president Lyndon Johnson was never an ally when it counted. His only firm and trusted confidant throughout all of it was his own brother, Attorney General Robert Kennedy.

Like Trump, JFK faced almost mutinous attacks and subterfuge from within: by his own cabinet, administrative agencies, military commanders, and especially the CIA.

Biden is no JFK. It is clear Biden does not posses an iota of Jack Kennedy’s intelligence, courage, nerve, vigor, or idealism. He is a lifetime political grifter and partisan hack who parasitically attached himself to the DC establishment. That such a nonentity could even sniff the US Senate, much less become president, is an indictment of our system. But at the moment he is, or appears to be, the voice of reason against the John Boltons of the world. 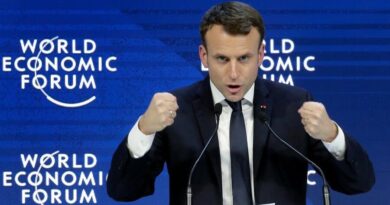 350-year-old remains in a Stone Age site in Portugal

Ivermectin – how it became suppressed as a treatment