During a recent conversation with the journalist at Mar-a-Lago, Trump made it clear what he thought about current developments.

The former president slammed Biden’s first year in office as an unmitigated disaster, asserting, “I never thought anything like this could happen to us.”

He then skewered Biden’s utter weakness when it comes to foreign policy, the catastrophe in Afghanistan and how both Putin and President Xi have been emboldened by his administration’s impotence.

Trump labeled the Taliban takeover of Afghanistan as “the single biggest embarrassment in our history,” although what he reportedly said about Russia and China given Moscow’s attack on Ukraine raises eyebrows.

After saying that he “got along great” with Putin and “respected” him, Goodwin drew attention to other comments Trump reportedly made to the Russian president.

“If you move against Ukraine while I’m president,” Trump allegedly stated, “I will hit Moscow.”

After Putin scoffed and said, “No way!” Trump responded, “All those beautiful golden turrets will be blown up.”

During Chinese President Xi Jinping’s visit to Mar-a-Lago in 2017, Trump also apparently warned Xi that, “any military move against Taiwan would be met with an attack on Beijing,” a remark that left Xi stunned.

“While it is also possible that both accounts are exaggerated, it is a fact that neither man made the moves Trump is said to have warned against,” notes Goodwin.

As we highlighted yesterday, Trump castigated Biden for failing to respond quickly to the Russian attack on Ukraine, after the White House issued a press release and said Biden would appear publicly sometime “tomorrow afternoon.” 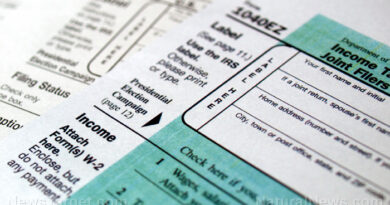 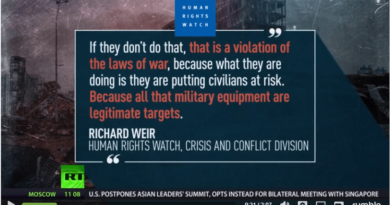