The White House held a brainstorming session on how to combat climate “denialism and delay” even as the Russian invasion of Ukraine fueled pressure on President Biden to end his crackdown on domestic oil-and-gas production.

The White House released Friday a readout from the previous day’s first-ever roundtable discussion held by the Office of Science and Technology Policy [OSTP] on “the scientific understanding of why arguments for delaying action on climate change are appealing and how they can be countered effectively.”

“It’s clear that a variety of special interests have had a vested interest in sowing doubt on climate change and feeding denialism and delay,” said White House senior adviser Neera Tanden in a statement. “We need to confront that reality.”

The two-hour virtual session illustrated the disconnect between the White House’s determination to push its climate agenda and rising GOP calls for Mr. Biden to lift restrictions on U.S. fossil-fuel development blamed for strengthening the hand of Russian President Vladimir Putin.

James Taylor, president of the free-market Heartland Institute, said the White House roundtable’s timing was “like a dark comedy” given “how our policies have boosted Russia’s economy and its military.”

“Here we have the day of a major invasion of Ukraine taking place, what’s the Biden administration doing? Are they putting all hands on deck to address this crisis?” he said on a press call.

“No, they’re putting all hands on deck to strategize about how they can find a way to defeat the arguments of climate realists, or deniers as they call them because they just can’t figure out why the American people aren’t buying into their climate alarmism.”

Delay is the new denial on climate. That’s why the White House called in experts to counter disinformation and paralysis.

See the readout from yesterday’s roundtable for more: https://t.co/MUJsM9GG7Q

The roundtable featured 17 climate strategists and academics for a discussion on drumming up support for the Biden agenda, which seeks to reach net-zero U.S. emissions by 2050 through a mass transition from fossil fuels to solar-and-wind-powered electrification.

Alondra Nelson, the deputy assistant to Mr. Biden and head of the OSTP, attributed what she described as the delays in addressing climate change to a host of factors, including “disinformation,” according to the readout.

“Now, given the realities of climate change and global warming — including the rigor and soundness of the science, and the increasing evidence of its impacts — one could be tempted to ask, ‘what’s taken so long?’” she said.

She said that “there have been for decades, and still are, forces arrayed against the cause of climate action — running the gamut from self-interest and short-term thinking to deliberate disinformation campaigns that are as insidious as they are invidious.”

Tony Leiserowitz, founder and director of the Yale Program on Climate Communication, said polling shows the number of people “alarmed” about climate change has grown in the last six years, reflecting “a fundamental shift in the underlying social, cultural, and political climate of climate change.”

“It’s why we are so achingly close to being able to take national action even though we haven’t gotten there yet,” he said. …snip…

The event was held the day after the left-wing group Center for Countering Digital Hate chided Facebook for failing to label posts “promoting articles from the world’s leading publishers of climate denial,” referring mainly to op-eds run by a host of conservative media sites.

Steve Milloy, JunkScience.org founder and a member of the Trump EPA transition team, the climate movement has been “trying to silence us for 20 years now.”

“Instead of trying to find merit in their own position, they’re just trying to shut us up,” he said. “It’s not going to work. It hasn’t worked so far. The things that we said are going to happen are happening, have happened, and will continue to happen, and everything they claim would happen has never happened.”

Ben Lieberman, a senior fellow at the free-market Competitive Enterprise Institute, said that the “foolishness of this obsession over climate change is all the more stark when we’re facing real problems.” 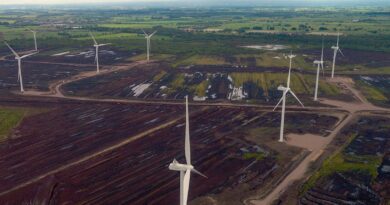 The Madness Of Wind Worship: Ugly, Inefficient, And Taxpayer Funded 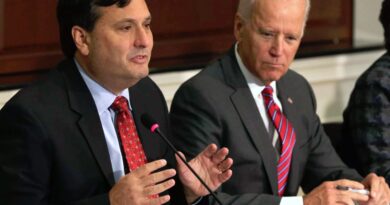 The Coming Bloodbath Of The Democrats