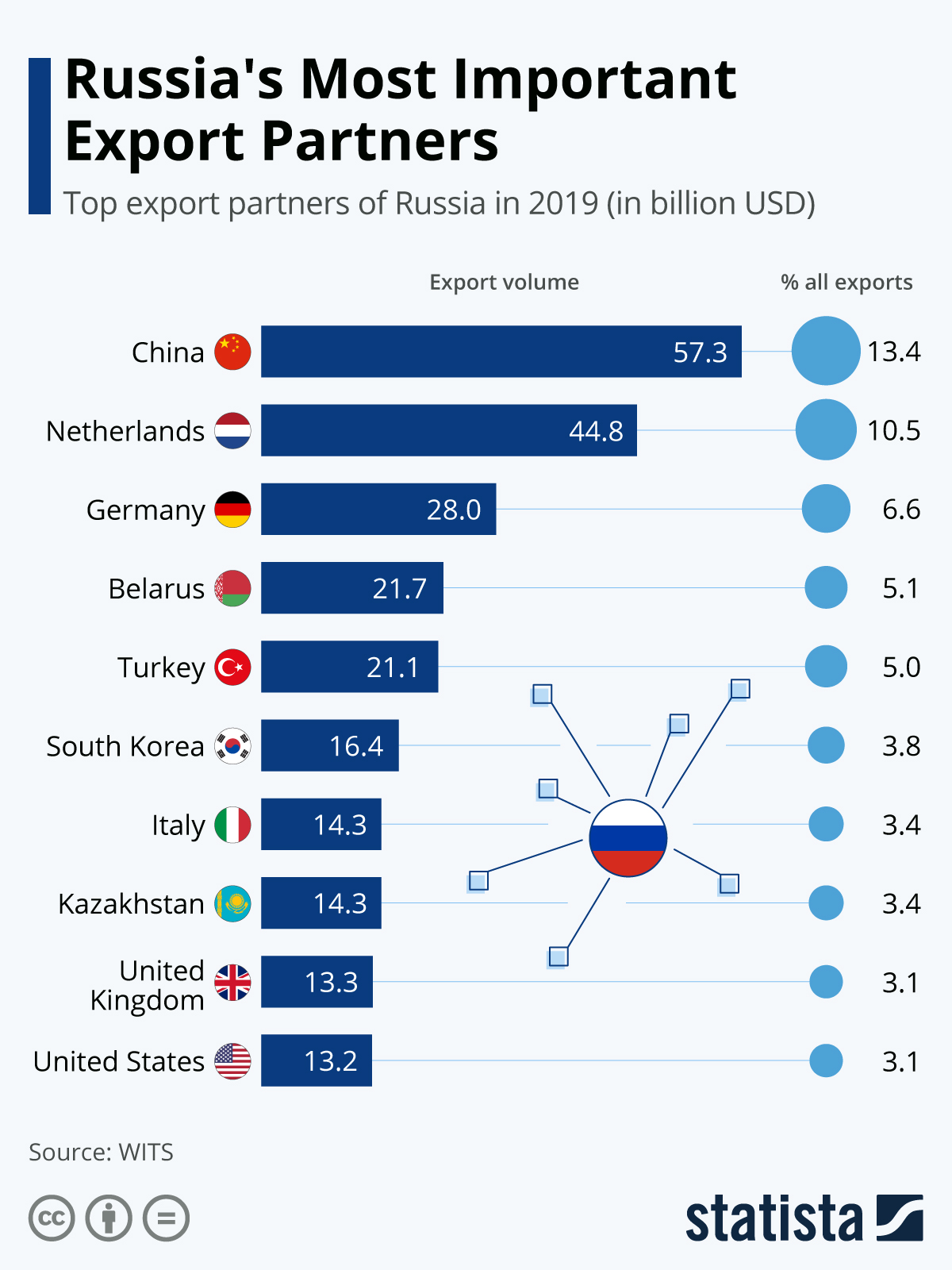 Based on data from the World Integrated Trade Solution (WITS), a trade software of the World Bank, Russia’s most important export partner by far is China, with a share of 13.4 percent of all exports.

The Netherlands follows in second place. This is presumably due to the so-called Rotterdam effect. Rotterdam, for example, as the largest European port, appears as a destination in many trade statistics, even if the goods are merely being unloaded there and then transported up the Rhine to Germany or across the English Channel to England.

But, as Statista’s Martin Armstrong points out, the most recent figures also highlight the importance of the Russia-Germany trade relationship – Russia exported mainly crude oil and natural gas worth 19.4 billion euros to Germany – this corresponds to a 59 percent share of all German imports from Russia. Russia also supplied metals, petroleum and coke products and coal to Germany.

The share of Russian exports to the United Kingdom and the United States, on the other hand, is only 3.1 per cent.

Additionally, this Statista infographic based on current calculations by the Kiel Institute for the World Economy shows which trade sanctions by the West would hit the Russian economy the hardest. 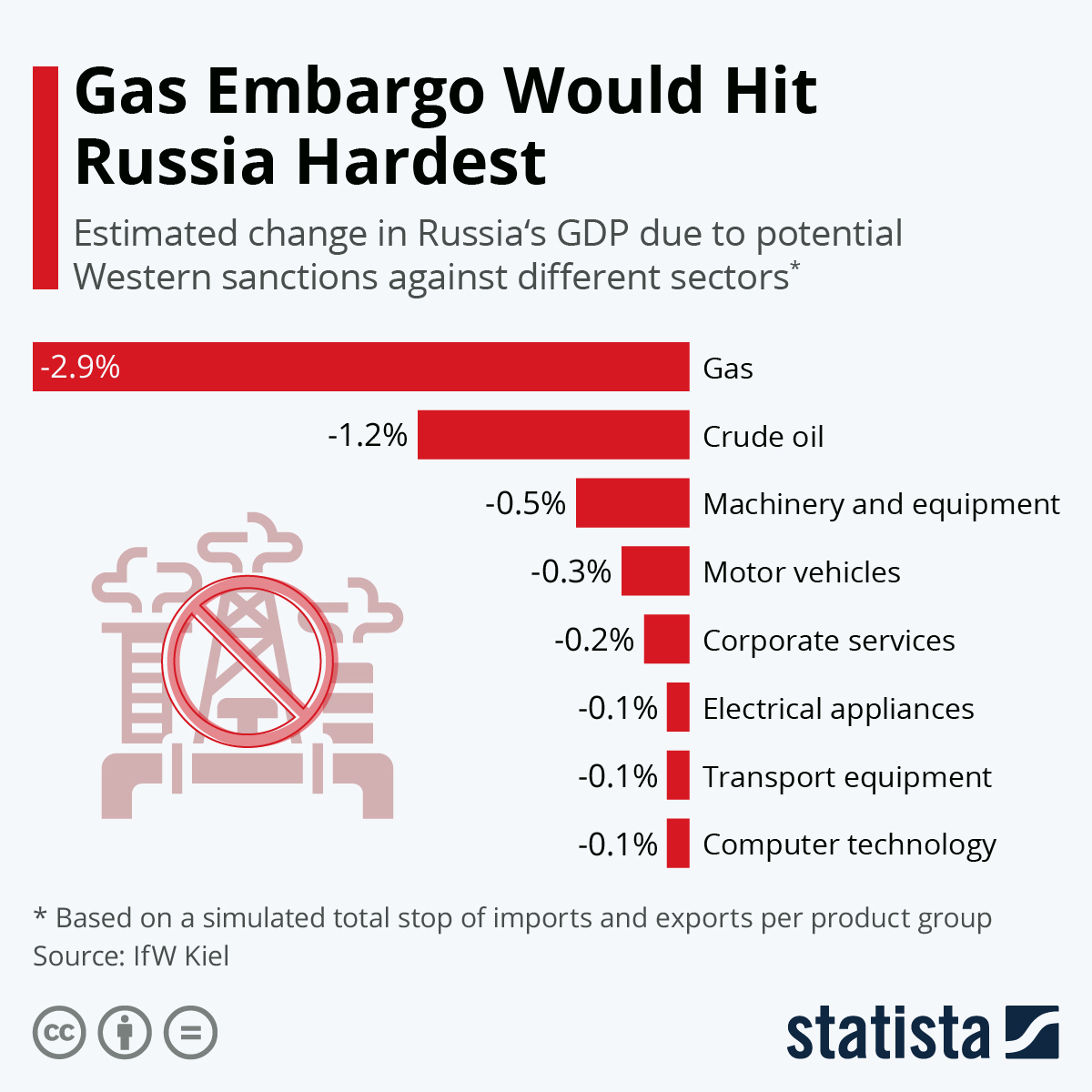 According to this, a trade stop with natural gas would have the most serious impact.