With evidence surfacing on social media of spike proteins and graphene in Covid injections being transmitted from the “vaccinated” to the “unvaccinated” many have expressed disbelief that this is possible.  This concept may be new to us but it is not new to those who are developing the Covid injections.

One of the earliest mentions, during the Covid era, that self-spreading vaccines could be used to stop a coronavirus pandemic was on 31 January 2020 in the Telegraph.

The Telegraph sets the, overly dramatic, scene by beginning with:

“The streets have emptied in Wuhan, the sprawling capital of China’s Hubei province. Masked citizens, check points, and contamination zones have made the city seem more like a post-apocalyptic nightmare than a home to 11 million people.

“Pictures of the gloomy ghost town have sparked fear across the globe as the fatalities attached to the new coronavirus continue to soar. The Chinese Government has set about building a 1,000-bed hospital in 10 days to deal with the increased pressure on the medical system.”

Thereby establishing the problem and reaction of The Hegelian Dialectic in the first two paragraphs.  But of course, the article is really about introducing us to their solution:

“However, if a cure is found, the pace at which it is distributed will be crucial. A range of technologies are being developed to quicken the delivery of vital medicines.

“One such technology is self-spreading vaccines, whereby the cure spreads through the population in the same way a virus would.”

A keyword search for the past five years, using Google trends, has shown the public has been little interested in this topic except for a period between 18 April and 26 June 2021.  Which is surprising as it seems, judging by the Telegraph’s article, it has been on the cards since before the “pandemic” left China.

“Prevention is better than cure, so we should start using genetic techniques to stop dangerous animal diseases jumping to humans,” wrote the New Scientist, August 2020, in an article proudly displaying the headline: ‘We now have the technology to develop vaccines that spread themselves’.

The New Scientist continued: “For infectious diseases that originate in wild animals, like Covid-19, SARS, MERS and Ebola, one solution is to prevent the transmission to humans in the first place. A possible solution is to create vaccines that spread themselves through an animal population.”

There is irrefutable proof that SARS-CoV-2 did not originate in wild animals, that it is man engineered and its spike protein patented.  If we know this, those developing “vaccines” knew this long before the Covid “pandemic” was created.  There was never a benefit in “vaccinating” animals to prevent the spread to humans as the scientists quoted in the New Scientist claimed.

“These ‘self-disseminating vaccines’ can be developed in at least two ways,” the New Scientist stated, “applying a vaccine to the fur of captured animals and releasing them” or “a more radical approach” which:

“… relies on inserting a small piece of the genome of the infectious disease agent into a benign virus that spreads naturally through the animal population. As this transmissible vaccine spreads from animal to animal, it immunises them against the target infectious disease, vastly increasing immunity within the animal population and reducing the risk of spill-over to humans.”

In a September 2020 article titled ‘Coronavirus cure: Scientists plan bizarre ‘self-spreading vaccine’ to fight pandemic’ the Express warned of harmful unintended consequences of self-disseminating vaccines: “there are fears the genetically-engineered viruses could evolve mutations that make them harmful to human and wildlife populations.”  The article goes on to explain that:

“A cost-effective way to allow a vaccine to “naturally” spread worldwide without the need for developing billions of doses a vaccine to distribute vial injection … involves re-engineering a “benign virus” by adding genetic material from the coronavirus pathogen and infecting large quantities of reservoir populations.

“To get a genetically engineered virus to “self-spread” scientists must first directly inoculate a small population intravenously. The small population will then go on to spread the virus aerobically.

“But, the process of manufacturing a virus to spread a vaccine that protects human health could easily be distorted to develop one that creates a lethal human virus that spreads rapidly around the globe.”

Historically this weaponising of the self-spreading vaccine technique has already been considered and possibly developed, the Express wrote:

“South Africa’s post-apartheid Truth and Reconciliation Commission was informed by the scientists behind the research the project was in line with the World Health Organisation’s attempts to control the global population boom.”

South Africa is not the only country to be subjected to secret ingredients in “vaccines” that cause infertility. In 2014, the WHO and UNICEF were caught red-handed administering “tetanus vaccines” laced with sterilising agents to girls and women in Kenya.

This is not the first time that this has happened, wrote African Globe,  apparently there is a well-coordinated international program to use vaccines to secretly sterilise women in poor countries all over the planet.

If the de-populationists are not satisfied with their progress on anti-fertility “vaccines,” how do you think they might use their “vaccines” to hasten their agenda?

The ambitions to inject self-disseminating “vaccines” does not end with Covid. As the New Scientist wrote almost 18 months ago: “the technology for developing transmissible vaccines now exists. Efforts are now under way to develop prototypes for several important human pathogens, such as the Lassa and Ebola viruses.”

March 2, 2022Slipping Under the Radar: Pfizer Documents, Pandemic Treaty and the Magical Disappearance of Covid

March 2, 2022Covid and Putin are not a threat to your freedom; people like Schwab, Gates & Trudeau are

March 1, 2022Could This Be the Creepiest Speech Klaus Schwab Has Ever Made?

March 1, 2022Things you should know about the UK Governments plan to implement a Social Credit System

There are many distractions around at the moment (wars, storms, the soap …

Evidence that the missile of the Kramatorsk station massacre is not Russian, but Ukrainian 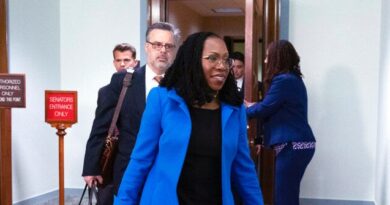