The Intergovernmental Panel on Climate Change (IPCC) is an important organization with a primary purpose to assess the scientific literature on climate in order to inform policy. [bold, links added]

The IPCC spans the physical sciences, impacts, adaptation and vulnerability, and economics. I have often stated that the IPCC is so important that if it did not exist we’d need to invent it because the challenge of climate change presents significant risks.

As a consequence, both mitigation and adaptation responses must be a priority. Rigorous scientific assessments are thus needed to inform policymaking.

Regrettably, the IPCC WG2 has strayed far from its purpose to assess and evaluate the scientific literature, and has positioned itself much more as a cheerleader for emissions reductions and produced a report that supports such advocacy.

The IPCC exhorts: “impacts will continue to increase if drastic cuts in greenhouse gas emissions are further delayed – affecting the lives of today’s children tomorrow and those of their children much more than ours … Any further delay in concerted global action will miss a brief and rapidly closing window to secure a liveable future.”

The focus on emissions reductions is a major new orientation for WG2, which previously was focused exclusively on impacts, adaptation, and vulnerability.

The new focus on mitigation is explicit, with the IPCC WG2 noting (1-31) that its focus “expands significantly from previous reports” and now includes “the benefits of climate change mitigation and emissions reductions.”

This new emphasis on mitigation colors the entire report, which in places reads as if adaptation is secondary to mitigation or even impossible.

To illustrate with just one example (of many): The report concludes (TS-31) with high confidence that “Flood risks and societal damages are projected to increase with every increment of global warming.” This is simply not true.

And by “not true”, I mean that it is not an accurate representation of the literature that WG2 cites to justify this claim.

It is also empirically false, as vulnerability to floods has dramatically decreased even as the planet has warmed. However, such a claim is useful in advocating for mitigation actions.

Allow me to go into the weeds just briefly (on Twitter I document many such journeys). The WG2 finding of increasing damages from floods relies on three papers (Hirabayashi et al. 2021, Dottori et al. 2018, and Alfieri et al. 2017), as indicated below from the body of the report (4-69).

But when you actually go to these three studies, you find that they are not in fact projecting future damages, as claimed by WG2. They are instead exploring what would happen if climate changes projected for 2100 are imposed upon current society.

These studies have in fact eliminated the possibility of adaptation in projecting the future. This is of course ridiculous as projection and of little use in a report about adaptation.

You can see the relevant assumptions of the three papers in the figure below. For the WG2 to report these studies as projections of future societal damage from floods is misleading at best.

Even worse, each of the three studies utilizes the out-of-date and implausible extreme RCP8.5 scenario to project climate changes for 2100. So not only is society frozen in time, unable to adapt — which is clearly implausible, but future climate change is projected based on an extreme scenario that is also implausible.

Implausibility built on implausibility offers no practical insight as to the role of adaptation in reducing vulnerabilities and increasing resilience. We might expect this sort of thing from a passionate advocacy group spinning science for theatrical effect, but not the IPCC.

The study that supports this claim (Wensemius et al. 2015) also uses RCP8.5. Even with an implausible climate future, almost all damage from floods can be avoided with effective adaptation.

Even further, in its supplementary materials, the study includes an analysis of adaptation under a more appropriate upper-end scenario (RCP4.5) and finds that flood damage could actually be reduced from today’s even with assumed changes in climate and society. Adaptation matters.

Of course, adaptation has long been viewed as problematic in climate policy and politics.

The example above indicates why that is so — rather than supporting an apocalyptic view of ever-worsening impacts as a simple function of temperature increases, adaptation opportunities allow for positive human outcomes even as the climate changes.

The WG2 misrepresentation of the literature of flooding is repeated throughout the report for other phenomena. Adaptation is often ignored or minimized in favor of presenting impacts as worsening a function of ever-increasing temperatures.

In reality, adaptation has great potential to result in positive human futures at a wide range of levels of future emissions and temperature changes. Mitigation and adaptation are both important and the IPCC WG2 did itself and us a huge disservice by adding mitigation to its focus.

And it gets even worse. The RCP8.5 scenario that showed up in the case of flooding above is infused throughout this report. In fact, RCP8.5 plays a greater role in this report than any past IPCC report (the table below shows a count of each scenario explicitly mentioned in the report).

Even so, RCP8.5 dominates the WG2 report’s outlook on the future (with RCP4.5 often improperly presented as mitigation success — on current policies the world is presently on track to undershoot RCP4.5 outcomes).

In fact, it is puzzling why it is that as scientific literature has accumulated indicating that such extreme scenarios are implausible — e.g., a 2017 study concluded, “RCP8.5 should not be a priority for future scientific research” — the IPCC has chosen to increase its reliance on these discredited scenarios.

The figure below illustrates the increasing reliance on implausible scenarios from the Fifth (2013/14) to the Sixth (2021/22) IPCC assessment reports. I have invited IPCC contributors to justify this decision, so far no one has taken me up on the offer.

The reliance on implausible scenarios is all the more baffling because these issues have long been aired in the IPCC community.

For instance, a 2016 paper from a leading scenario expert warned presciently that the lack of realistic scenarios for where the world is actually heading meant that, “it will be difficult to draw overarching conclusions from mitigation and impacts research in IPCC’s 6th Assessment Report.”

That has proven correct. So far, the IPCC has largely ignored the issues associated with its reliance on outdated, implausible scenarios, which fundamentally damages the credibility of its work.

Read rest at The Honest Broker

Secretary Pete’s Traffic Cameras: Are They Really About Speed Limits?

2021: Hottest Hype Ever, Or How To Warm The Earth With Propaganda 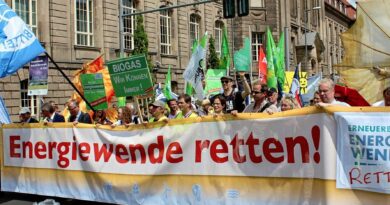