How has Vladimir Putin—a man ruling a country with an economy smaller than that of Texas, with an average life expectancy 10 years lower than that of France—managed to launch an unprovoked full-scale assault on Ukraine? [bold, links added]

There is a deep psychological, political, and almost civilizational answer to that question: He wants Ukraine to be part of Russia more than the West wants it to be free.

He is willing to risk the tremendous loss of life and treasure to get it. There are serious limits to how much the U.S. and Europe are willing to do militarily. And Putin knows it.

Missing from that explanation, though, is a story about material reality and basic economics—two things that Putin seems to understand far better than his counterparts in the free world and especially in Europe.

The math is simple. A child could do it.

The reason Europe didn’t have a muscular deterrent threat to prevent Russian aggression—and in fact prevented the U.S. from getting allies to do more—is that it needs Putin’s oil and gas.

The question is why.

How is it possible that European countries, Germany especially, allowed themselves to become so dependent on an authoritarian country over the 30 years since the end of the Cold War?

Here’s how: These countries are in the grips of a delusional ideology that makes them incapable of understanding the hard realities of energy production.

Green ideology insists we don’t need nuclear and that we don’t need fracking. It insists that it’s just a matter of will and money to switch to all-renewables—and fast.

It insists that we need “degrowth” of the economy and that we face looming human “extinction.” (I would know. I myself was once a true believer.)

John Kerry, the United States’ climate envoy, perfectly captured the myopia of this view when he said, in the days before the war, that the Russian invasion of Ukraine “could have a profound negative impact on the climate, obviously. You have a war, and obviously, you’re going to have massive emissions consequences to the war. But equally importantly, you’re going to lose people’s focus.”

But it was the West’s focus on healing the planet with “soft energy” renewables, and moving away from natural gas and nuclear, that allowed Putin to gain a stranglehold over Europe’s energy supply.

As the West fell into a hypnotic trance about healing its relationship with nature, averting climate apocalypse and worshiping a teenager named Greta, Vladimir Putin made his moves.

While he expanded nuclear energy at home so Russia could export its precious oil and gas to Europe, Western governments spent their time and energy obsessing over “carbon footprints,” a term created by an advertising firm working for British Petroleum. They banned plastic straws because of a 9-year-old Canadian child’s science homework. They paid for hours of “climate anxiety” therapy.

For all his fawning over Putin, Donald Trump, back in 2018, defied diplomatic protocol to call out Germany publicly for its dependence on Moscow.

“Germany, as far as I’m concerned, is captive to Russia because it’s getting so much of its energy from Russia,” Trump said.

This prompted Germany’s then-chancellor, Angela Merkel, who had been widely praised in polite circles for being the last serious leader in the West, to say that her country “can make our own policies and make our own decisions.”

The result has been the worst global energy crisis since 1973, driving prices for electricity and gasoline higher around the world. It is a crisis, fundamentally, of inadequate supply. But the scarcity is entirely manufactured.

Europeans—led by figures like Greta Thunberg and European Green Party leaders, and supported by Americans like John Kerry—believe that a healthy relationship with the Earth requires making energy scarce.

By turning to renewables, they would show the world how to live without harming the planet. But this was a pipe dream.

You can’t power a whole grid with solar and wind, because the sun and the wind are inconstant, and currently existing batteries aren’t even cheap enough to store large quantities of electricity overnight, much less across whole seasons.

In service to green ideology, they made the perfect the enemy of the good—and of Ukraine. 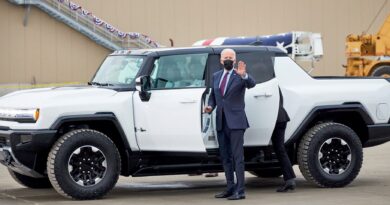 The Costs Of The Russian War Keeps Rising 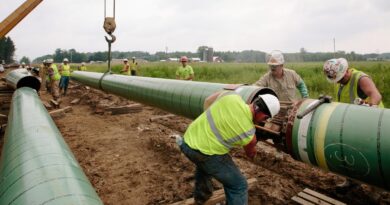