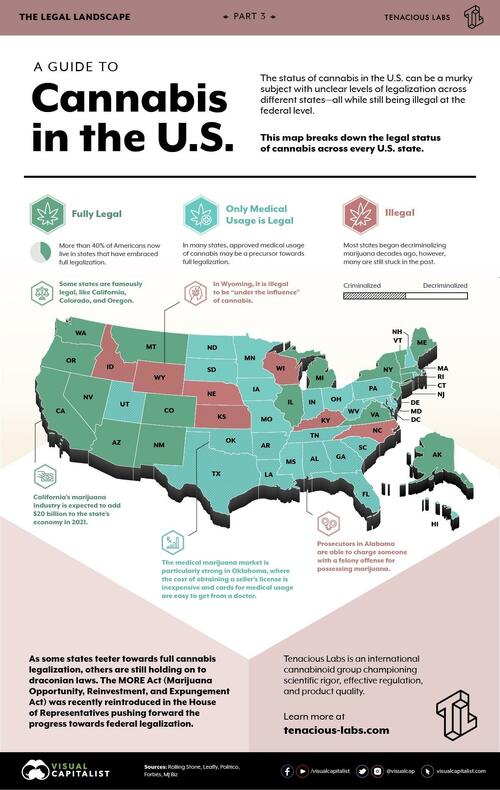 Providing an overview of the status of cannabis in the U.S. is challenging at best. On the federal level, things are fairly straight forward. Cannabis is federally illegal and has been for 88 years and counting. But, as Visual Capitalist’s Avery Koop and Aran Ali detail below, getting down to the state level, however, changes things.

This map from Tenacious Labs breaks down the legal status of cannabis across every U.S. state, and details how lenient each one is when it comes to criminalization.

Cannabis—the plant from which marijuana is made—is still considered a dangerous and criminal substance in many U.S. states. In fact, there are six states where cannabis is illegal, of which five are yet to decriminalize. This means an individual can be criminally prosecuted for possessing certain amounts.

Most states began decriminalizing marijuana decades ago, but not all have chosen to partake in this trend. Prosecutors in Alabama for example are able to charge someone with a felony offense for possessing marijuana.

In most states where cannabis is illegal, it is not decriminalized. In particular, only one illegal state has decriminalized the substance—Nebraska.

In some U.S. states, approved medical usage of cannabis could be a precursor towards full legalization. Just as it was for states like California and Oregon. However, some states that allow medical usage have chosen not to decriminalize cannabis for recreational purposes.

Many states have lists of qualifying conditions which allow a person to carry prescribed amounts of cannabis—often for ailments like glaucoma or cancer. States like Iowa allow cannabis to treat medical conditions, but only if it is CBD-based rather than THC-based.

Interestingly enough, all CBD-based cannabis products with THC levels less than or equal to 0.3% are fully legal on a federal level.

Some states are famously legal, like Colorado. The legalization of cannabis in Colorado, for example, has added numerous jobs, investments, and a new market to the economy—not to mention billions of dollars.

With the current Democratic government, federal legalization seems more likely. In fact, the MORE Act (Marijuana Opportunity, Reinvestment, and Expungement Act) was recently reintroduced in the House of Representatives pushing forward the progress for federal cannabis legalization in America. 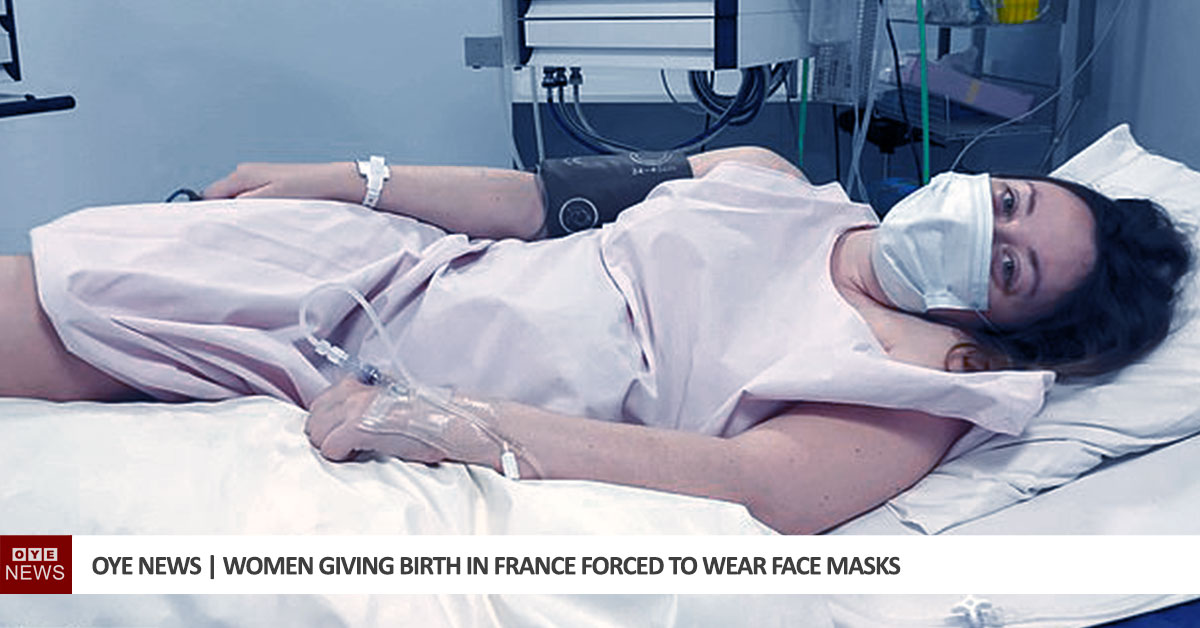