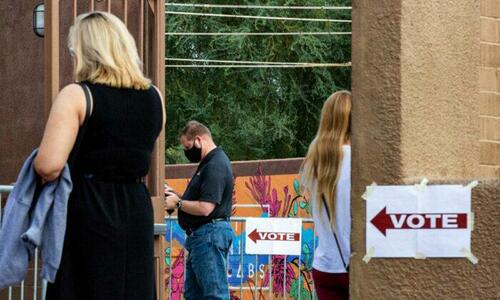 The Republican-controlled Arizona House and GOP-led state Senate voted Monday to approve a measure on the November election ballot that would drastically increase the identification requirements needed for Arizonans who want to vote both in-person and by mail.

Gina Swoboda, third vice chairman of the Republican Party of Arizona, announced the measure had been approved in a video posted to Twitter on Monday.

“We are so proud to announce that the voter ID act has passed out of the house, it will be on the ballot in November,” Swoboda said. “Thank you to everyone for making this happen. This is going to be a great election cycle, the people will be heard.”

The SCR1012 bill (pdf) would require early voters to provide their date of birth and number along with their signature on their return ballots.

Currently, voters in Arizona just sign their names, which county officials then compare to signatures they have on file with verified voter registration documents.

The measure was approved after Republicans raised concerns that the state’s voter ID laws allow for fraud or illegal votes to take place, particularly in light of allegations of voter fraud in Arizona during the 2020 presidential election.

However, Democrats argue that the bill, along with a string of other election integrity bills being pushed through the Senate are aimed at voter suppression.

The bill would also limit the type of identification that is acceptable for in-person voters, removing their ability to provide two different forms of identification without a photograph in order to receive a ballot at a polling place, such as a water bill or tax bill.

The measure applies the voter identification requirements to elections beginning no later than the 2024 primary election.

Marcelino Quiñonez, a Democrat who serves in the Arizona House of Representatives from the 27th district, said he refused to vote yes on SCR1012 and a similar bill, HCR2025, because he trusts “Arizona voters and the integrity of our elections.”

HCR2025 would require Arizonans to provide ID, as well as the last four digits of their Social Security number, in order to vote early.

“Democracy only works when you respect the outcome: win or lose, not when you change the laws along party lines. I voted NO on SCR1012/HCR2025 because voter ID laws in Arizona already exist, and I trust our process,” Quiñonez said on Twitter.

Meanwhile, Democratic Rep. Mitzi Epstein of Tempe said she is concerned that the similar HCR2025 measure could lead to hundreds of valid mail ballot requests being rejected.

“Voter ID is good. Arizona has voter ID requirements. But this HCR has too many flaws and will have too many unintended consequences. Every eligible voter’s ballot should be counted. We should not create barriers to voting,” Epstein said on Twitter.

“I don’t see what’s wrong with this. I really don’t,” said Blackman. “Because all it’s doing is protecting our election and the process.”

But Arizona state Rep. John Kavanagh, a Republican, said the measures are the best way to ensure every vote is counted legally.

“It’s an easy way and a secure way to ensure that somebody who steals your ballot from the mailbox, or a family member who wants to vote on your behalf, unbeknownst to you, can’t find a piece of paper with your signature on it, trace it, and vote on your behalf,” said Kavanagh.

Meanwhile, the Arizona Republican Party on Friday filed a lawsuit asking the state Supreme Court to kill the vote-by-mail system used by 90 percent of registered voters, arguing that it is unconstitutional.

The lawsuit asks justices to get rid of the “no-excuse absentee balloting system” adopted by the state in 1991. 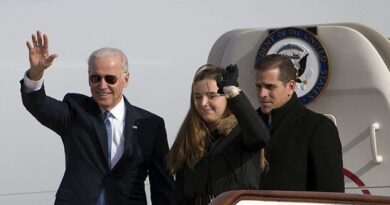