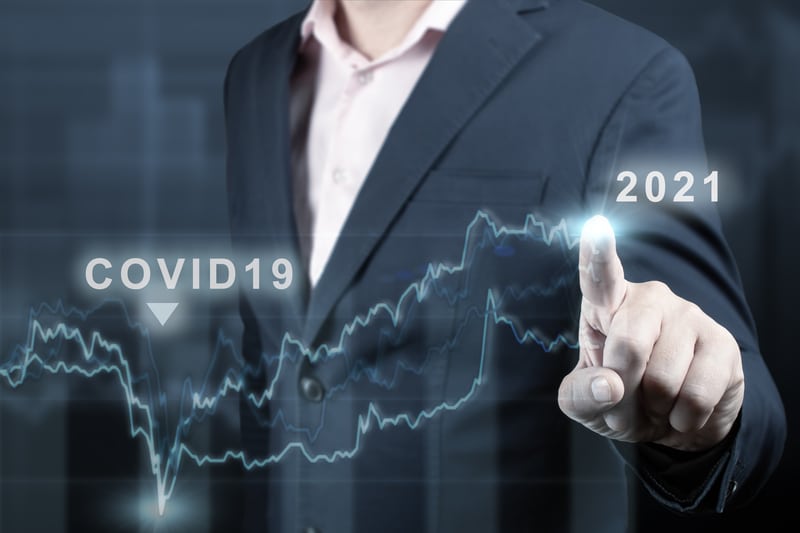 Here are the latest COVID trends,

following on from the COVID trends I summarized in August, September and October this year. Mass protests around the world are a good sign that some have awoken to the tyranny, but not enough yet to halt the agenda, which is progressing in various ways. It would seem that things are going to have to get even worse before they can get better. Below are 8 COVID trends as of November 2021.

The tyranny in Australia keeps escalating. The chief minister of the Northern Territory Michael Gunner is giving Dictator Dan (Victorian Premier Dan Andrews) a run for his money. You can listen to Gunner’s rant here as he belligerently tries to claim that anyone who opposes his Draconian vaccine mandates is an anti-vaxxer, regardless of their personal vaccination status and regardless of whether they have been vaccinated themselves. Talk about sociopathic insanity. Gunner has brought in the Australian Army to round up and abduct 38 tribal, indigenous Australians (Aborigines), forcibly detaining them in the newly constructed COVID quarantine camps there, which are isolation, detention and internment camps. Concentration camps may be a better term. These camps are being built worldwide, including in Canada, the US (Washington State) and other states of Australia such as Victoria and Queensland. Some are claiming the tribal residents were forced-vaccinated. The situation seems dire. Australian tribal leaders are putting out an SOS to the world:

“We need international attention focused on what’s happening here in our communities. We have the Northern Territory government force-vaccinating our people, pressuring them, using military, using foreign military, foreign police officers and local military and local police officers, to pressure our people into taking this bioweapon. They are not informing the people, they are lining them up, they are pressuring them. They are telling them they can’t eat in the shops. They can’t leave the community. They can’t go shopping elsewhere. Those who are fleeing … from this forced vaccination or fleeing to get food are actually being fined $5000 for leaving the community. So this is martial law. This is a war crime. This is a crime against humanity, and everything that is being implemented on humanity has been tried on the tribal people of this continent. We are the guinea pigs. We are the dry-run for everything. What they are doing in our community right now – do not think because you live in major cities you are void of it. This is a dry-run for the rest of the country and the rest of the world … they tried the Universal [Basic] Income … the New World Order agenda – everything has been tried and practiced on the sovereign tribal people of this continent.

What they are doing now is they are forcing this genocidal weapon onto us, through coercion, through force, through the relief of getting a fee or food or money – they are pressuring us in every way. Now they are going in with the military. They are locking down entire communities. They are not letting people in or out …

Lockdowns were a heavy feature of the first months of the COVID scamdemic, and unfortunately, they have returned. Austria recently re-introduced lockdowns, but this time for the unvaxxed, part of the continuing COVID trend of punishing the unvaccinated, with some footage of police strolling the streets to check papers. There was significant opposition to this, both in terms of popular protests and in terms of the police siding with the people (see below). The Netherlands has implemented a partial lockdown, while the Czech Republic has banned the unvaxxed from public events and services.

Although some police are enforcing the lockdown, others are not. Some Austrian police have reportedly sided with the protestors, although this has been difficult to verify. This article quotes a report from French Daily News:

“The police and the army refuse to monitor health passes in the name of freedom and human dignity. They will join a large demonstration against forced detention on November 20, 2021 in Vienna. Just days after Austrian Chancellor Alexander Schallenberg made the decision to restrict unvaccinated people, politicians and trade unions are calling for a large-scale uprising against this purely fascist measure. Freedom Party (FPÖ) leader Herbert Kickl called for a “mega-protest” on 20 November in Vienna. Shortly thereafter, Manfred Haidinger, President of the Union of the Armed Forces of Austria (FGÖ), followed suit and joined the call in a letter published on 14 November. He intends to “defend fundamental rights and freedoms.” FGÖ points out that everyone is allowed to participate in protests, even if they are in a confined space.”

This is not the first time the Austrian police have sided with the people; here is footage of them doing so in January 2021 earlier this year.

COVID Trend #4: FDA Asks for Pfizer Trials Not to Be Fully Released Until 2076

If you thought the continuing 58-year cover-up of the JFK assassination was just an American anomaly, think again. The FDA, a captured agency by any meaning of the term, just had the audacity to ask a judge in this FOIA case if they could release Pfizer’s clinical trial data at the rate of 500 pages per month – meaning it wouldn’t be fully released until 2076. This is the data by which everyone was told that Pfizer’s COVID fake-vaccine was – you know the mantra – “safe and effective.” So the FDA can look through Pfizer’s 329,000 pages very quickly to provide an EUA (Emergency Use Authorization) for a vax, but now it needs 55 years to fully release the files publicly. Hmmm.

One could assume they chose 50-60 years so that everyone involved in making, authorizing or approving the fake-vaccine would be incapacitated or dead. The NWO controllers insist everyone “follow the science” while they hide the science and conduct worldwide and historically unprecedented mass human experimentation in violation of informed consent and other benchmarks of the Nuremberg Code.

As far as the JFK murder goes, even if the files are mandated to be released by law, it doesn’t mean anything. Both Trump and Biden caved into CIA demands to hold back JFK files despite being legally obligated to release them.

Eugenicist, computer geek, COVID scamdemic ringleader and NWO (New World Order) frontman Bill Gates has popped up again to make headlines, this time claiming that humanity must practice germ games to prepare for the resurgence of things like … smallpox? Wait, wasn’t that eradicated 100 years ago? Well, apparently not, and with Gates and friends, you can be sure that it may well be resurrected (after being properly and appropriately simulated, of course). The website of a company called SIGA who makes a pharmaceutical drug for smallpox called TPOXX (FDA approved) quotes Gates:

“The next epidemic could originate on the computer screen of a terrorist intent on using genetic engineering to create a synthetic version of the smallpox virus.”

It is a sad reflection of the current state of humanity that Gates is still walking free and spouting his dystopian visions as predictive programming, when the evidence is so overwhelming that he planned for this. Are the NWO orchestrators planning the next scamdemic, this time based around smallpox? It would appear so.

A recent COVID trend is the disturbingly large number of athletes and sport players who have suddenly died, especially from heart-related issues. This article mentions that “German newspaper Berliner Zeitung has published a report seeking to answer why an ‘unusually large number of professional and amateur soccer players have collapsed recently.’” It is well known that the COVID vaccine has been causing myocarditis, pericarditis, heart inflammation and other heart problems. This is happening to athletes worldwide.

A doctor from Toronto, Canada, by the name of Dr. Nagase, has blown the whistle on the dramatic increase in stillbirths in Canada. You can watch and listen to his account here. He knows the baseline statistics so he was able to perceive there was a big problem. Shockingly, he reveals that of the 86 stillbirth baby deaths from January to July in Waterloo, Ontario, 100% of the mothers were vaccinated. Is this the depopulation agenda kicking in?

“Dr. Daniel Nagase, MD, and Dr. Mel Bruchet, MD, shed light on an emerging public health disaster that governments and mainstream media have suppressed. Doulas that work in women’s and children’s hospitals spoke up about an alarming rate of stillbirths in British Columbia, Canada.

I elaborated on this point more fully in my recent article Being Fully Vaccinated is an Endless Destination, but I will touch on it here again briefly. If you can’t win the information war on even grounds where facts defeat propaganda, then you can always resort to changing definitions to hide the truth. The CDC insists on defining those who have taken the COVID vaccine as “unvaccinated” if it is only 14 days or less since they took it. This way, if those people get injured or die from complications or adverse effects, they are counted in official statistics as unvaccinated injuries or unvaccinated deaths. Either the WHO or the CDC has changed its definitions for key terms vaccine, vaccination and herd immunity; the WHO also changed its definition for pandemic years ago. Dr. Fraud-ci said he wants (i.e. the NWO wants) the definition of “fully vaccinated” to change. The basic takeaway is this: the NWO wants what the NWO wants. It will say anything, regardless of its contradictions and changing of history, to push forward the agenda.

Although the above listed COVID trends represent an advancement of tyranny in many ways, it is highly significant when law enforcers, whether police or military, decide to disobey their orders and side with the people, as reportedly happened in Austria. The NWO COVID agenda will fall apart once those in law enforcement raise their consciousness and expand their perception, because then they will naturally refuse to follow unjust directives. The very tiny group of NWO manipulators rely heavily on unquestioning footsoldiers to carry out all their COVID edicts and regulations, and their control of the narrative is tenuous. Meanwhile, as the damaging and often lethal effects of the COVID fake-vaccine continue to ravage the worldwide population of all ages, including the unborn, one wonders how long it will be until the truth reaches a tipping point where it can clearly outweigh all the scamdemic lies in the minds of many.

Makia Freeman is the editor of alternative media / independent news site The Freedom Articles, author of the book Cancer: The Lies, the Truth and the Solutions and senior researcher at ToolsForFreedom.com. Makia is on Steemit and Odysee/LBRY.

Read more at The Freedom Articlese

The Problem with Food | by Lynette Zang