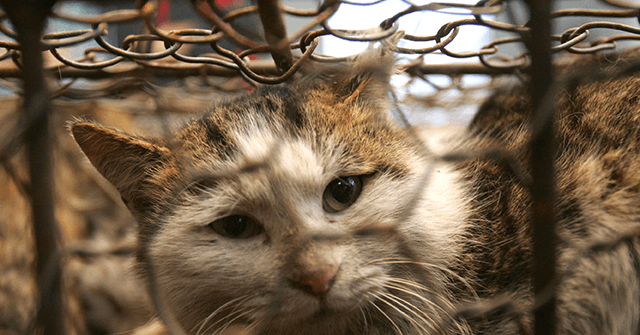 WCW exclusively released its investigation to Breitbart News before publishing its findings. The investigation happens to coincide with Russia’s continued invasion of Ukraine, which has upset geopolitical relations and could cause the displacement of millions of Ukrainians.

By sifting through various government websites and databases, WCW found that the NIH has been funding an experiment called “Rostrocaudal Distribution of the C-Fos-Immunopositive Spinal Network Defined by Muscle Activity during Locomotion.” According to the group, 18 healthy cats had portions of their brains removed and electrodes implanted in their spines before being forced to walk on a treadmill for spinal cord experiments.

“Taxpayers shouldn’t be forced to pay white coats in the Russian government to torture and kill cats in wasteful treadmill experiments,” Vice President of WCW Mackie Burr said in an exclusive statement to Breitbart News. The group is also known for uncovering at least six separate incidents of labs experimenting on beagles using taxpayer dollars — the group refers to its collection of investigations as “BeagleGate.”

In July 2021, WCW exposed how labs in Russia, China, and over 50 other countries are eligible to receive US NIH funding specifically for animal testing. The group’s analysis found that in 2020, the NIH spent an estimated $140 million on animal experiments in foreign countries “where there’s little transparency and accountability about how animals are treated and how the money is spent.”

“As White Coat Waste Project exposed, there are four Kremlin-run animal testing labs that NIH has authorized to receive our money and U.S. sanctions against Russia should include defunding them,” Burr continued.

“Our tax dollars should never be sent to state-run labs in adversary nations like Russia and China that threaten our national security,” McClain told Breitbart News. “My AFAR Act would prohibit tax dollars from being shipped to animal testing labs in any countries that are deemed foreign adversaries.”

Breitbart News reached out to the NIH and asked the agency if it would like to respond to accusations of funding “cruel” and “deadly” experiments, and if the agency plans to continue funding research in Russia in light of the Ukraine invasion. The agency did not respond by the time of publication. 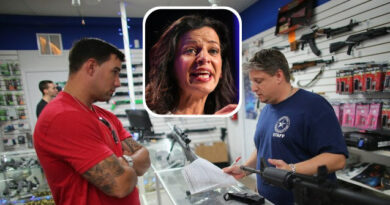 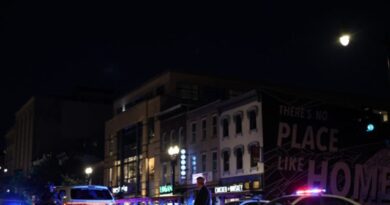 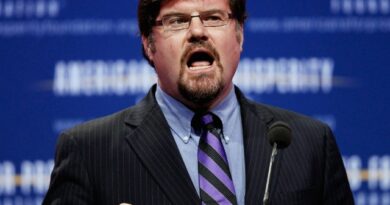 Jonah Goldberg: GOP Establishment Is a ‘Fantasy’ — These Guys Are Getting High ‘On Their Own Farts’