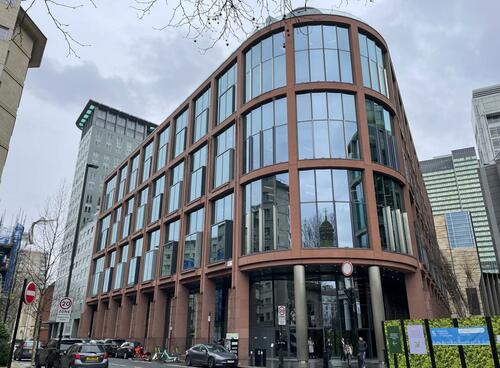 Gazprom, the Russian state-affiliated energy giant, is being thrown out of its central London offices following Russia’s invasion of Ukraine.

It’s only the latest decision whereby the British energy giant is being shunned for its ties to the Russian state.

The firm’s energy-trading arm is being kicked out of its central London offices in the wake of the Russian incursion into Ukraine, it’s only the latest blow for a firm that has long been viewed with suspicion. British Land Co., the firm’s landlord, said that the firm’s contract on the space near Regent’s Park had been previously scheduled to end n 2025, but instead the firm planned to end the contract “as soon as possible”.

“This is a fast-moving, complex situation, and we will continue to review all measures that are available to us, while remaining fully compliant with sanctions requirements,” British Land said in the statement.

The landlord added that it was “shocked and saddened” by events in Ukraine.

Losing Gazprom is a pretty serious blow for British Land: Gazprom is one of the firm’s top 10 clients in terms of rents paid for office properties. Its payments top those made by Microsoft, Vodafone and Deutsche Bank.

The trading arm currently occupies the top floors of the building at 20 Triton Street, a curving lattice across from the park bordered by rows of houses owned by wealthy Russians. The unit trades gas, power and emissions in the European market. It supplied more than one-fifth of the UK’s industrial and commercial gas in 2020.

This invasion of Ukraine has provoked a crisis in European energy markets; natural gas trading in Europe is trading at the equivalent of $340/barrel of oil.

Gazprom M&T has more than 450 employees in London, and the location of its offices had for a long time allowed it to form “excellent relationships” with other major firms. That’s according to the firm’s website.

The firm, which is wholly owned by a German subsidiary of Gazprom, and it opened its first office in London in 1999 with only two traders.

None of it Makes Any Sense | Report from Tiger Mountain

Lavrov Categorially Rejects Assertions Russia Could Use Nukes In Ukraine