On Feb 2022, Crystal casually got hold of Gene Decode just to catch up with him and they got to having quite a conversation so she decided to record to share Gene’s intel, insights, and wisdom whilst she inadvertently tells Gene about the RootBrands’ formulation when he went about recommending the healing protocols of taking zeolite, clay Bakelite, salt baths, Dr Jim Humble’s stuff and diatomaceous earth and such, that sounded rather complicated to her.

She talked about Gramps Morgan testimony of taking the Zero-In for the 1st time that made him performed 2 and half hrs instead of just 1hr as he was so charged up!! She showed Dr Caroline Mansfield’s Graphene, CleanSlate, harmonics & dark field microscopy that showed Clean Slate ‘rearranging and realigning’ DNA? And Dr. Stefan Rau’s before and after TESTs of ROOTs users getting younger by 20yrs of so in their biological age! Chakras and Auric expansion and energy levels increased after taking these products.

Gene went on to talking about the Solar Eclipse when it was revealed to him his own home star system, portals, stargates, the connection of the golden Sun (our Solar Sun) to the Great Central Sun, the Cosmic Sun of our Universe right at the centre of it where our God of All That Is, the Supreme Creator is. Then Gene talked about the 64-Tetrahedron Grid, the Merkaba flower of life, sacred geometry of Time-Space, the Sri Yantra Mandala, the Bucky Ball and the Egg-Carton Universe. They banned critical thinking. Learn the symbols, know the spell. Sacred symbols turned inside out, upside down! When will the masses wake up? Will the jabs be cleaned out and be restored?

What Gene had been reading when he woke up in the 1990s…Gene said there’s now the NATO Alliance, things will change big time! Even the jabs will be completely healed – with new advance technologies coming out – new society coming into being in the next 3-5 years! Watch and listen to the rest of this interesting conversation.

An Alt-Take On FTX – What If It Was Built For This? 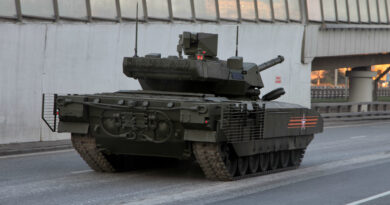