On all thing Russia, state-approved rubbish — not rising to the level of bad fiction — is standard MSM fare on the nation, its leadership and campaign to defang its military and NeNazify the country once and for all.

US/Western fake news reports and reality on the ground are on different planets.

If words could kill, US/Western MSM press agents would be serial killer pressitutes.

Some examples of US-style presstitution.

“Vladimir Putin…appears willing to kill as many people as necessary and destroy as much of Ukraine’s infrastructure as necessary to erase Ukraine as a free independent state (sic).”

Fact: In stark contrast to US/NATO aggression against invented enemies — featuring terror-bombing of heavily populated cities and towns, along with using ISIS and other jihadists as proxy foot soldiers — Russian forces are going out of their way to avoid civilian casualties by striking military targets alone.

Fact: There are no Russian plans to occupy Ukrainian territory.

Fact: No Russian “blitzkrieg” of populated parts of the country.

“(A)s long as Putin is their leader, (Russians) have no future (sic).”

Fact: Putin is a distinguished political giant on the world stage compared to his pigmy Western counterparts.

Fact: Under his leadership, Russians have real democratic governance — in stark contrast to US/Western fantasy versions.

Fact: Polls show that nearly 70% of Russians support his demilitarization and NeNazification campaign.

Fact: His popularity exceeds 70% compared to 37% approval for the fake Biden.

Fact: Fake news propaganda claims about turning Ukrainian cities to rubble are belied by reality on the ground.

“Zelensky (is the) most Churchillian figure in decades (sic).”

Fact: The absurdity of this characterization needs no elaboration.

Fact: A former comedian/performer, political nobody, he’s powerless, a model of eunuch leadership, a US-installed puppet, a caricature of a leader, worlds apart from the real thing.

Fact: Nothing remotely resembling the “blitz” of Britain is ongoing or planned in Ukraine by Russia.

“Losing Ukraine would be a global calamity (sic).”

Fact: Demilitarizing, deNazifying the country and returning it to independent status, free from hegemon USA control, would be a major step toward restoring peace and stability on the European continent.

Fact: “Contempt for truth, contempt for the individual, contempt for international norms, the unprincipled pursuit of unbridled power” defines US lust for unchallenged global power by brute force — not Russia.

Russia triumphant in Ukraine would “turn its sights on another target and then another (sic).”

Fact: Unlike how US-dominated rapes and destroys one invented enemy state after another — in flagrant breach of international law — Russia’s geopolitical agenda complies with the UN Charter and other rule of law principles across the board.

Fact: “The ineptitude of the Russian military campaign (sic)” smashed most of Kiev’s war machine in a few days.

What MSM, the fake Biden and congressional Russophobes called courage of the Ukrainian people ignores reality.

Most Ukrainian civilians today are hunkered down in fear of the unknown because of what’s going on based on fake news they’re fed by regime officials, internal and Western media.

The vast majority of conscripts chose military service over likely imprisonment or death if disobeyed orders to report for service.

The US, its Western vassal states and MSM co-conspirators bash Russia by pouting, engaging in other temper tantrum antics, reinventing reality on the ground, and waging sanctions war.

Moscow will likely handle all of the above and emerge stronger ahead when the dust settles — while the US-dominated West remains in decline.

Meanwhile, Russia’s demilitarization and NeNazification of Ukraine continues on day 7 with no likely intention of stopping until its officials proclaim mission accomplished.

Shutting Down Israel’s Death Machine in Britain, with Three Activists Who Were There 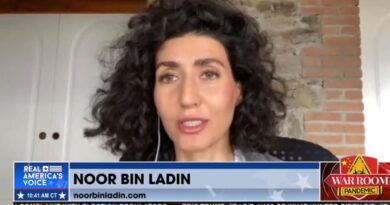 MSM Frets That GOP/ GAP Is Embracing “White Identity” Politics. But That’s What The Base Wants