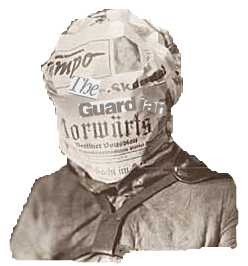 There are three main senses in which practically no foreign affairs reporting by Western news media and NGOs is ever about the country ostensibly the subject of their reports. First, almost invariably the reporting is so selective and biased as to be in effect a fictional account of some notional place barely recognizable as the country in question. Secondly, any particular report is always and principally intended to serve the much larger false narrative of Western superiority and benevolence. Thirdly, the reports generally depend on some great comprehensive deceit offering false plausibility to other minor, more detailed untruths.

In Ukraine, the massive deceit has been to ignore NATO country governments’ support for a fascist regime subordinate to followers of Nazism attacking its own Ukrainian citizens since 2014 with around 14,000 deaths, tens of thousands of wounded and hundreds of thousands people displaced. Those same NATO country governments destroyed Libya and almost destroyed Syria, falsely accusing those countries’ leaders of “killing their own people”. In Latin America, the catch-all big lie is that Cuba, Nicaragua and Venezuela are incompetent brutal dictatorships, when in fact their people-focused policies put to shame the desperate social reality prevalent in the countries of US allies like Colombia, Guatemala, Haiti, or Honduras.

This reality is self-evident to anyone trying to report faithfully from any of the countries targeted as enemies by the ruling elites of North America and Europe, the respective government leaders they control and, too, their pscychological warfare media and NGO apparatus. Western media and NGOs systematically mislead their populations about international affairs based on three fundamental presuppostions:

Thus, accounts published in NATO country psychological warfare outlets like the New York Times, the Guardian, El País, Le Monde, Deutsche Welle, France 24, the BBC, CNN and so on and on, have barely anything to do with the region or country on which they feign to be reporting. Their role is to misinform Western populations about world events, criminalizing foreign governments so as to consolidate political support for North American and European crimes against the majority world. Domestically, their role is to suppress any trace of popular dissent threatening Western ruling elites’ power and control. Since at least the Iraq war, this inverse relationship has been very clear. Overseas, Western power and influence decline: at home, economic and political repression increase.

While events in Ukraine and elsewhere currently dominate global news, long standing Western aggression against smaller countries like, in Latin America, Cuba, Nicaragua and Venezuela continues. Typical recent coverage of that aggression in the case of Nicaragua demonstrates how the negation of basic reporting integrity renders Western media and NGO accounts of foreign affairs practically worthless. Nicaragua’s Sandinista government has been under comprehensive assault from Western media and NGOs ever since taking office in January 2007.

Its president, Daniel Ortega has won election after election with massive majorities. Prior to 2018 Nicaragua stood out in the region for its achievements reducing poverty, its economic growth and its political and social stability. Unable to win power with popular support via elections, the US and EU funded opposition promoted a failed coup attempt in 2018 during which opposition militants and thugs with firearms burned down public buildings, businesses and private homes and even preschools. They killed over 20 police officers wounding 400 officers.

They installed roadblocks as bases from which to terrorize local people, demanding money, searching and stealing people’s personal effects, assaulting government supporters, abusing women and girls.Those responsible for organizing that violent failed coup attempt tried to repeat it around last year’s elections. Before they could do so they were arrested and put on trial. As usual, reporting of this reality by Western media, NGOs and institutions inverted what happened, casting the traitorous opposition criminals as innocent and peaceful while portraying the Nicaraguan government as brutal and illegitimate. That mendacious inversion has facilitated every kind of false account of subsequent events.

So, for example, most recently, the New York Times reports the Nicaraguan authorities’ closure of six private universities for failing to satisfy regulatory requirements as if the government is shutting down the country’s private university sector as a whole. The NYT omits that Nicaragua has over 50 universities, the great majority of which are private and the authorities immediately set up three new public universities to guarantee good quality university education for the affected students with lower fees and more scholarships. Likewise, the NYT reports that hundreds of thousands of Nicaraguans now live in Costa Rica, without explaining that this has been the case for decades rather than being any kind recent migratory phenomenon, as their report implies.

Practically all Western media reporting on Nicaragua deploys this kind of systematic deceit, sourcing their reports exclusively on Nicaragua’s plentiful opposition media outlets, almost all of which are funded directly or indirectly by US and allied governments. The most notorious of these outlets is Confidencial, which, despite receiving US government funding, is invariably described in Western reporting as being independent. North American and European NGOs and institutions collude in this bad faith reporting, reinforcing the deceitful Western consensus, especially around human rights related issues.

For example, people interested in environmental or indigenous peoples’ issues will look to NGOs like the Oakland Institute or Mongabay for trustworthy reporting. Both these organizations receive large donations from corporate owned funders. The Oakland Institute has been funded by the Howard Buffet Foundation specifically to report on Nicaragua. Mongabay, although a non profit entity, is itself a corporation whose president and chief executive officer is paid US$234,000 a year. Its income reached over US$4 million in 2020 dropping to US$2.4 million the following year. Mongabay has received numerous donations of over US$100,000 from bodies like the Walton Family Foundation, the Ford Foundation and the North American Aerospace Defense Command (NORAD), for example.

The role of these NGOs reporting on Nicaragua is thoroughly dishonest. Nicaragua has the most innovative and advanced system of indigenous people’s self government anywhere. Distorting this reality, the Oakland Institute has been shown to have claimed falsely that cattle farming for beef exports was the cause of murderous conflicts on indigenous peoples lands. Likewise, Mongabay has claimed government policy in Nicaragua incites invasion of indigenous peoples’ lands despite elected indigenous peoples leaders themselves contradicting that falsehood. This kind of false reporting by media and NGOs feeds into US controlled institutions like the Organization of American States or UN human rights bodies, rendering worthless those influential institutions’ own reports.

Writers like Cory Morningstar and Whitney Webb have explained in detail the underlying rationale for this systematic legitimization of falsehood by Western controlled international institutions, media and NGOs.The relentless psychological warfare offensive undermines national governments, promoting the predatory corporate driven social and environmental agenda aimed at privatizing nature itself and imposing relentless digital control on all aspects of human life. Western media outlets, NGOs and institutions avow transparency and accountability but that too is a contemptible, cynical lie. Anyone challenging the false consensus is either attacked or suppressed.

Corporate NGOs like Mongabay or major institutions like the Inter-American Commission for Human Rights never engage well informed challenges publicly. In part, this clear ethical failure stems from fear of having their falsity and bad faith exposed, but linked to that is a deeply anti-democratic determination to prevent a wider public from having the chance to make up their own minds based on broadly sourced information. The test of good faith for any information is whether the reporting outlet is honest in declaring its own bias and interests and at least acknowledges competing information sources. Western foreign affairs reporting outlets almost invariably fail that test, consistently and comprehensively, reducing themselves to pathetic instruments of psychological warfare. 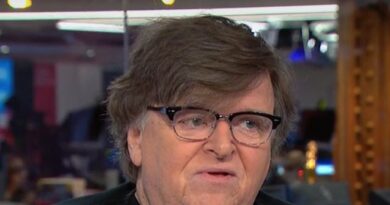 Michael Moore: Republican Infighting ‘Proof That There Is a God in Heaven’ 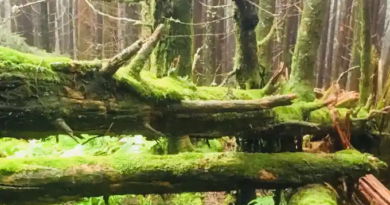