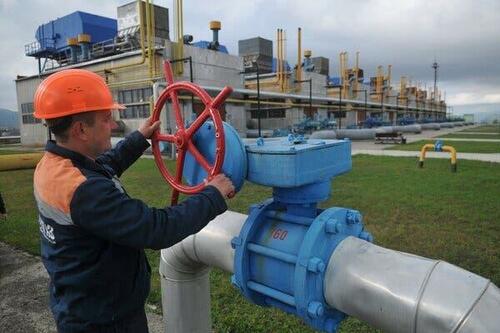 Authored by Tsvetana Paraskova via OilPrice.com,

Russia’s invasion of Ukraine threw Europe’s dependence on Russian natural gas into sharp relief. The European Union is drafting measures to reduce its reliance on Russian energy, while various European countries, including the biggest economy, Germany, are revising their strategic energy policies, aiming to reduce their energy security vulnerability.

It was this vulnerability that has stopped the EU, the U.S., and allies from slapping sanctions on Russian energy exports (for now). Europe receives some one-third of its natural gas from Russia, but the dependence varies among EU members. Germany is 50-percent reliant on Russian gas, and Italy imports 40 percent of its gas needs from Russia. Southwest European countries Spain and Portugal do not import any Russian gas, but southeast European countries and Russia’s neighbors to the west, Estonia and Finland, are 100 percent or nearly 100 percent dependent on Moscow for their natural gas supply.

As the war in Ukraine threatens to cut off Russian gas supply—either in the form of sanctions or a Putin retaliation to sanctions—Europe realized that ensuring energy security would mean weaning itself off Russian deliveries in the quickest way possible, even at a high economic price.

Ensuring gas for next winter should not be a problem, analysts and the European Commission say. The question is, what will Europe do for the winter after that—and all the following winters in the long term—if it wants to reduce its dependence on Russian gas and not shape its security or sanctions policy in fear of being cut off from its largest source of gas.

This winter is nearly at its end, and European gas in storage is back to the five-year range. With restocking during the summer, Europe could go without Russian gas next winter, according to Wood Mackenzie.

“From record lows at the start of winter, storage levels have now re-enter[ed] their five-year range, albeit on the lower side, and are on track to be in a more comfortable position by the end of March,” Kateryna Filippenko, principal analyst, Europe gas research, at WoodMac, said.

“It is our current assessment that the EU can get through this winter safely. At the moment, gas flows from East to West continue, LNG deliveries to the EU have increased significantly, and the weather forecast is favourable. The use of gas from storage has slowed down and we are still around 30% of storage capacity filled,” European Energy Commissioner Kadri Simson said on Monday.

EU member states need to collectively ensure a certain level of gas storage in their regions and to conclude solidarity agreements to send gas where it’s most needed, Simson said.

“The war against Ukraine is not only a watershed moment for the security architecture in Europe, but for our energy system as well. It has made our vulnerability painfully clear. We cannot let any third country destabilise our energy markets or influence our energy choices,” the commissioner said.

“The European Union can manage without Russian gas next winter, but must be united in taking difficult decisions, accepting that in many cases it won’t have enough time for perfect solutions,” analysts at European think tank Bruegel wrote in an analysis this week.

In the wake of the Russian invasion of Ukraine, Germany announced it was changing course “in order to eliminate our dependence on imports from individual energy suppliers,” German Chancellor Olaf Scholz said on Sunday. Germany will build two LNG import facilities, at Brunsbuettel and Wilhelmshaven, and look to speed up the installation of renewable energy capacity to have 100-percent renewable power generation by 2035.

For Europe, managing without Russian gas “will require improvisation and entrepreneurial spirit,” analysts at Bruegel say.

“The main message is: if the EU is forced or willing to bear the cost, it should be possible to replace Russian gas already for next winter without economic activity being devastated, people freezing, or electricity supply being disrupted,” they noted.

“But on the ground, dozens of regulations will have to be revised, usual procedures and operations revisited, a lot of money quickly spent and hard decisions taken. In many cases time will be too short for perfect answers.” 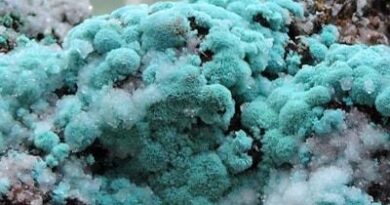