Imagine being filmed 24/7. Knowing someone is watching you the whole time, would your behaviors and decisions remain the same? When governments or tech companies promote “smart” cities projects, they talk about how having more data about us could make things better.  What they don’t talk about is the way having surveillance technologies embedded in our physical surroundings would change the way we behave and impact our fundamental rights and freedoms.

That matters, because these smart cities are no longer hypothetical. In Saudi Arabia and Egypt, they are the pet projects of dictators who seized power through coups. These dictators are leveraging the vision of future cities that integrate the latest technology — using sensors, the Internet of Things (IoT), biometric surveillance, and artificial intelligence — to extend their power.

As we explore below, smart cities like Saudi Arabia’s city of NEOM and Egypt’s New Administrative Capital could soon turn from utopian to dystopian projects. Here’s why “smart” cities are really surveillance cities — a dangerous tool for dictators.

What is a smart city?

While there is no standard definition, there are common criteria to define such cities. In brief, they are cities that use sensors, surveillance cameras, artificial intelligence, IoT technology, cloud computing, and other kinds of technology for the management of urban life.

Governments and private corporations use techno-optimist narratives to promote smart cities projects. To them, these cities are “smart,” “safe,” “creative,” “sustainable,” “futuristic,” or “dream” cities. Yet at their core, smart cities rely on the mass collection and processing of our personal data, typically carried out without our knowledge or consent. Regardless of the words being used, that’s surveillance.

In 2017, Saudi Crown Prince Mohammed bin Salman announced the launch of his most emblematic and grandiose project, NEOM, as part of Saudi Arabia’s Vision 2030. It is a megacity the size of Belgium, stretching over 26,500 kilometers in the northwest of the country. It is estimated to cost $500 billion, and its first phase is scheduled for completion by 2025.

Reports describe the vision for NEOM as a city with flying taxis, cloud seeding to make rain in the desert, robot maids, dinosaur robots, glow-in-the-dark sand, a giant artificial moon, and state-of-the-art medical facilities. In this city, scientists would work to modify the human genome to make people stronger.

Other details make it clear the “world’s first cognitive city” will be “fueled with data and intelligence to interact seamlessly with its population.” The explicit goal is to “fundamentally change how its citizens work, live, and play.” To achieve this mission, every resident would be assigned a unique ID number,  to integrate and process data collected from sources like heart-rate monitors, phones, facial recognition cameras, bank details, and thousands of IoT devices around the city.

Many civil society organizations rightly oppose digital identity programs because they raise serious human rights concerns, including regarding the lack of evidence for the benefits they are supposed to deliver, and how authorities plan to safeguard the rights and data of users. Hundreds of people have signed the #WhyID letter to international stakeholders seeking clarity on how their rights will be protected before “pursuing the what, the how, the when, and the who of digital identity.”

In 2015, Egyptian President Abdel Fattah Al-Sisi embarked on a smart city project in the  north of Cairo. The New Administrative Capital is envisioned to become Egypt’s new government headquarters, housing ministries, administrative and financial institutions, and foreign embassies. Spread across 700 square kilometers, it is projected to harbor a population of 6.5 million people, offering a “smart” digital infrastructure and experience.

Promoted as “an advanced technological oasis in the heart of Egypt,” the city would let people use a one-stop-shop mobile app to pay bills or submit complaints or reports to city officials. Meanwhile the city’s public spaces and streets would be outfitted with a network of 6,000 surveillance cameras, intended to “monitor people and vehicles to manage traffic and report on any suspicious activities.” Every 250 meters,  the city would install a smart column with sensors, public Wi-Fi, surveillance cameras, and smart lighting. Some 12,000 sensors will manage lighting and track energy consumption.

This is NOT a Drug, it is Graphene-Based Nanotechnology! 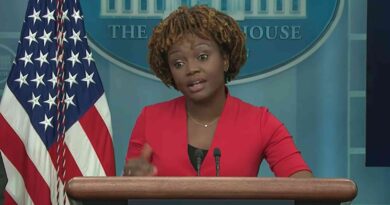 The Libs Are Completely Melting Down Before The Elections (Ep. 1889) – The Dan Bongino Show