Russia launched a special operation on 24 February with the goals of demilitarising and “de-Nazifying” Ukraine following Kiev’s failure to resolve the conflict in Donbass via the Minsk agreements and veiled threats to obtain nuclear weapons.

Russian Foreign Minister Sergei Lavrov has expressed confidence that a solution to the Ukrainian crisis will be found and noted that Moscow’s demands are “minimal”. He added that Russia can’t allow Ukraine to pose a threat to the country’s security.

The top diplomat further said that negotiations between Russia and Ukraine will occur and are scheduled to take place on 3 March. The minister added that Russia is ready to discuss security guarantees for Ukraine and the whole of Europe as well during these talks.

Lavrov said that the Ukrainian delegation promised to lay out its position during the upcoming round of negotiations. He noted, however, that Kiev is not acting independently in the negotiations.

“Again, the Ukrainian team found some pretext to postpone these negotiations. Surely they are receiving instructions from Washington, there is no doubt about it. This country is absolutely not independent”, Lavrov said.

The diplomat noted that the West does not have the goal of ensuring Ukraine’s security based on the balance of interests with Russia. The only thing the West is interested in is to “demonise” Russia, Lavrov elaborated.

On Dialogue With NATO

The foreign minister expressed confidence that plans for waging war against Russia are being prepared. Lavrov warned that a Third World War will be a nuclear confrontation.

“But the talk about nuclear war is now underway. I ask you to look very carefully at the statements that were made and at the characters who made these statements. First, Mr Stoltenberg […] After that, Mr Zelensky began to declare that he would renounce the status of a non-nuclear state. Note the fact that a nuclear war is being constantly waged in the heads of Western politicians, and not in the heads of Russians”, Lavrov added.

Lavrov said he believes the hysteria around Ukraine in the West will eventually pass and that a dialogue between Moscow and NATO will be restarted. The diplomat added that the Kremlin is ready for it.

The minister further said that the world “hears Russia but it’s hard to say if it is listening”. He expressed the belief that the majority understands what he means but are “forced to abide by harsh dictates”.

“I assure you that those countries that banned their companies from working in Russia did so under enormous pressure. They are now saying: we must suffer just to ‘teach Russia a lesson’”, Lavrov said.

The Russian FM also cautioned against making any assessments about the special operation that Russia launched in Ukraine on 24 February, noting that it would be “premature” to do so. Lavrov said that the operation is still going on and that its goals remain unchanged: the removal of all weapons endangering Russia, the de-nazification of the country, and ensuring Russian security by Ukraine staying out of NATO.

The minister went on to say that neo-nazism is thriving in Ukraine and that it affects not only the Russian, but also the Jewish population in the country. Lavrov stressed that neo-Nazis even engage in physical violence, including in Donbass.

He added that “true murderers” are fighting for Kiev and stressed that Ukrainian nationalist battalions in Donbass act like marauders and robbers. Lavrov also warned about the provocations they are planning in Mariupol.

“There is a lot of information about what kind of provocations are being prepared, including in Mariupol and other territories where Ukrainians are now trying to use citizens as human shields. Europe and the US are trying in every possible way […] to close any media, any sources, channels of information from Russia about what is happening in Ukraine, how the special military operation is developing and how the Ukrainian Army, especially the Ukrainian neo-Nazi battalions, are behaving towards civilians”, Lavrov said. 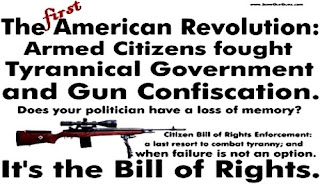 With America On The Threshold Of Tyranny, More Americans Than Ever Are Exercising Their 2nd Amendment Rights As Our Government Of Wolves Learns Not All Americans Are Sheep 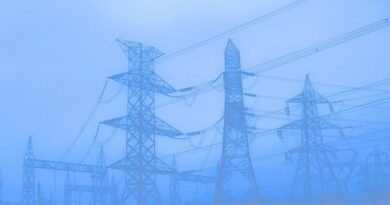