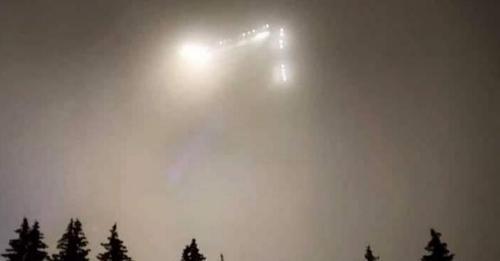 People in Sligo, Donegal and Leitrim are among those reporting to have an unidentified flying aircraft. The mysterious object has been described as V-shaped, silent and very bright

We use your sign-up to provide content in ways you’ve consented to and to improve our understanding of you. This may include adverts from us and 3rd parties based on our understanding. You can unsubscribe at any time. More info

Scores of people have been left spooked after reporting seeing an unidentified flying object in Irish skies.

The sightings were made in parts of the northwest overnight, with people in Sligo, Donegal and Leitrim among those reporting to have seen an unknown type of aircraft hovering overhead.

The mysterious object has been described as V-shaped, silent and very bright.

Among those claiming to have spotted it was former X Factor star Tabby Callaghan, who wrote on Twitter: “I just seen a huge UFO over my house in Sligo!!

“Shaped like a b52 stealth but made of lights lower than a domestic flight, huge and silent!! My partner also witnessed it! I am speechless.”

The musician described what he saw in more detail on Ocean FM on Wednesday, saying it was “creepy”.

“I was out having a cigarette out the back and I looked up and I see a thing, initially I thought it was a flock of geese and I realised very quickly it wasn’t. Then I screamed to Anna to come out quick and my partner seen it as well.

“I would describe it as an upside down W, but except it looked like it was made of light. It was much lower even than a domestic flight.

“It went over our house, it was very slow, it wasn’t fast and here’s the creepy thing – it was totally silent as it went over the house. It was mind blowing to be honest with you.

“If it was military, it was very, very high end. Like I say, it was huge, it was low and it was silent. I can’t tell you what I saw but I can tell you what it’s not. It was sight to behold,” he told the radio station.

There were numerous other calls from people claiming they saw something similar.

Another Sligo-based listener said: “I saw a massive UFO over the house, I know that sounds crazy but my wife saw it too. It looked like a stealth bomber but it was kind of translucent. It was massive and it was silent. It went by my house and it just disappeared.”

A person in Leitrim also said: “I saw a big light shining in skies last night about 9pm. Saw it from my window in Manorhamilton.”

A third person in Donegal described how she was walking with a friend in Bundoran after 8pm when they saw an object in the sky.

“Other walkers were looking up at it flying low with bright lights,” she said.

A fourth added: “We saw something. It was well lit with white and red lights flying low.”

The Irish Mirror has contacted the Irish Aviation Authority for a comment.

Video can be accessed at source link below 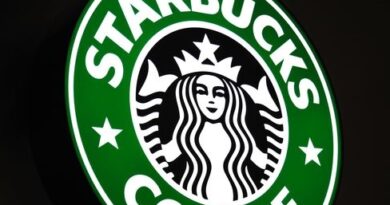 Demographically Sobering Thoughts On US Employment In The Next Five Years

Barr: An Election Conducted Primarily by Mail Can't Be Secure