The Obama/Biden regime bears responsibility for replacing democratic rule in the country with Nazi-infested fascist tyranny — by coup d’etat.

The Trump and current Biden regimes share responsibility for propping up the illegitimate Kiev regime and facilitating endless war on Donbass along Russia’s borders.

What’s crucial to explain about events in Kiev 8 years ago, what preceded and followed them, is airbrushed from MSM reports.

The same goes for the scourge of Nazi-infested tyranny in Ukraine.

Every day is Russia bashing day by fake news.

It’s accompanied by fake videos and related images that are unrelated with Russia’s demilitarization and deNazification campaign.

The self-styled newspaper of record NYT long ago abandoned all the news that’s fit to print for state-approved propaganda on issues mattering most.

On Thursday, it screamed:

As always, the devil is in the omitted details.

According to Times fake news, “Russia continued its attacks on Kiev (sic).”

No Russian forces are in the city, no attacks at risk of harming civilians.

A corridor was established for city residents to leave unharmed.

The Sea of Azov port city of Mariupol, that’s infested with Nazified battalions, is surrounded.

The Black Sea port city of Kherson is under Russian control.

At a time when Ukraine’s military is a shadow of its former self, the Times quoted US-installed puppet Zelensky’s hyperventilating claim about being “sure” of defeating Russian forces.

In day 8 of ongoing conflict, no civilian areas were struck by Russian forces. The Times falsely claimed otherwise.

Left unexplained is that none of what’s ongoing would have happened had the Obama/Biden regime’s 2014 coup not occurred.

Nor if Kiev was governed according to the rule of law.

Or if there was peace and stability along the contact line between Ukraine and Donbass — instead of US-orchestrated and directed forever war.

There’s been no Russian bombing of the city.

No “explosions continue to rock the capital.”

No evidence of “low Russian morale or botched planning.”

No evidence of “civilian deaths” from Russian strikes.

A screaming LA Times headline called for “kick(ing) Russia off the Security Council.”

Russia is one of five permanent members.

It could only be done by the General Assembly with SC approval.

When the Soviet Union dissolved in 1991, the Alma-Ata Protocol was agreed to by 11 former Soviet republics that the Russian Federation would take the USSR’s permanent seat on the Security Council as a Continuing State.

The LA Times piece was written by a Ukrainian ex-pat now living in Los Angeles. 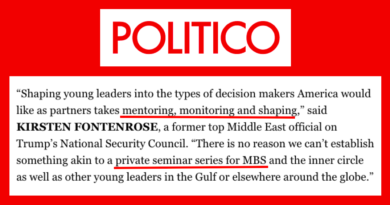