The Internet Corporation for Assigned Names and Numbers (ICANN) is a privately run NGO.

On October 1, 2016, its control by the US Commerce Department’s  National Telecommunications and Information Administration (NTIA) ended.

At that time, ICANN’s status as a US contractor was replaced by private control.

Its management is supposed to serve various interests indiscriminately, not individual ones at the expense of others.

No government should control online access. Abuse of power risks need no elaboration.

By email to ICANN on Monday, the Kiev regime recited a litany of bald-faced Big Lies in calling for millions of Russian domains to be removed from the global internet.

Years earlier, various experts stressed that this action can’t be taken because of technical and political reasons.

“ICANN is unlikely to have technical possibilities to fully cut off one or several segments from the global Internet network.”

“The structure of the Internet envisages that if any provider shuts off its networking equipment, the traffic will go through another provider.”

According to Russia’s Communications Ministry, sanctions on internet users would breach the right of everyone to obtain and/or distribute information and views online — notably for political reasons.

“Removing Russia from the Internet does not help supporting the civil society in this country.”

“ICANN is a neutral platform, not taking a position in this conflict but allowing States to act accordingly, e.g. blocking all traffic from a particular state.”

“It is crucial that the RIPE NCC remains neutral and does not take positions with regard to domestic political disputes, international conflicts or war.”

“ICANN is an independent technical organization that manages the Internet’s unique identifiers.”

It’s “a facilitator of the security, stability, and resiliency of these identifiers with the objective of a single, global, interoperable Internet.”

“In our role as the technical coordinator of unique identifiers for the Internet, we take actions to ensure that the workings of the Internet are not politicized, and we have no sanction-levying authority.”

“ICANN has been built to ensure that the Internet works, not for its coordination role to be used to stop it from working.”

“ No one actor has the ability to control it or shut it down.”

“ICANN’s primary role, through the functions of the Internet Assigned Numbers Authority (IANA), is to ensure the consistent and unique assignment of Internet identifiers in line with global policies.”

“We maintain neutrality and act in support of the global Internet.”

“Our mission does not extend to taking punitive actions, issuing sanctions, or restricting access against segments of the Internet – regardless of the provocations.”

“ICANN applies its policies consistently and in alignment with documented processes.”

“To make unilateral changes would erode trust in the multi-stakeholder model and policies designed to sustain global Internet interoperability.”

The above statement comes against the backdrop of ruptured Russian relations with the US-dominated West.

A state of unparalleled Western war on Russia by other means rages too perilously close to potentially turning hot.

Isolating Russia is “impossible.” It’s got “many (world community) friends.”

It sets a “precedent of using the commercial project as the political weapon against us, which the collective West at large and official Berlin, in particular, are so fond of blaming Moscow for.”

The action proved once again that Germany is a US vassal state, obeying orders from its master in Washington — even when harming its own vital interests.

There He Goes Again 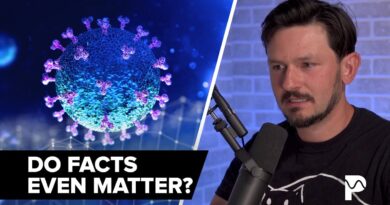 Do COVID Facts Even Matter Anymore? So Many of Them Are Being Ignored